It’s finally happening! After more than two years since its introduction Sea & Reef Aquaculture is ready to ship their sensational Black Storm Clownfish. Also known as ‘Super DaVinci’ and for a short minute the ‘Juggalo’ clownfish, Sea & Reef settled on the Black Storm to go along with their weather-themed naming convention.

What distinguished the Black Storms from other super picassos and other hyper-barred clownfish is the high degree of white on their faces. These are not completely white faced as in the platinum, wyoming whites and blizzard clownfish and the sparse black facial marking really help to give this strain a distinct personality for every fish. 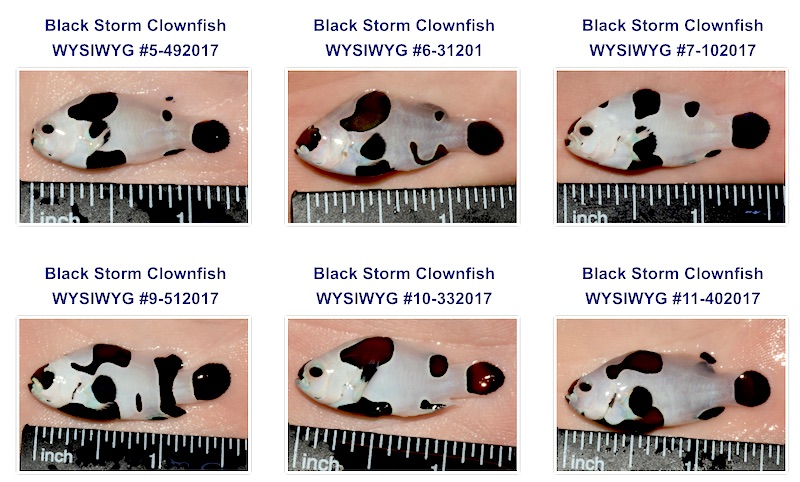 To kick off the first wave of Black Storm clownfish Sea & Reef sold their first specimens via wysiwyg to dealers around the country. These should start arriving to better aquarium stores around the country this week and next. We know that one of our LFS has ordered a few for themselves so we look forward to seeing how this initial run of Black Storm clownfish turned out and how consistent they are.

Of course since this is the first release of the Black Storm clownfish they should be somewhat pricey, probably a few hundred dollars a piece depending on the grade and the store. But it will only be a matter of time until Sea & Reef’s supply of black storm clownfish catches up with demand but one thing is for sure, with such mold marking and recognizable faces, this is one strain that is likely to have lasting power in the aquarium hobby. [Sea & Reef] 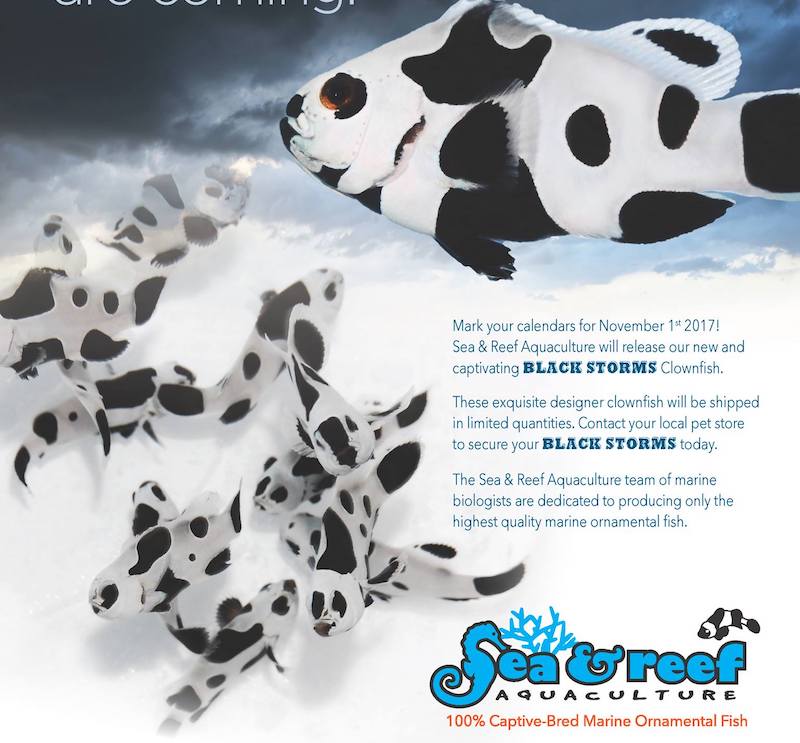 This Has To Be The Smallest Possible Frogfish