Chromis anadema is the newest species of Damselfish from Japan & W. Pacific

Chromis anadema is the kind of discovery that happens when researchers take a closer look at an other wise common group of fishes. In this case, a new investigation into the paletail chromis, C. xanhura revealed a new species with its own juvenile and adult characteristics.

The short tail double bar chromis, as Chromis anadema will be commonly known, was discovered living in remote oceanic islands on the very southern territories of Japan, at Ishigaki, Okinawa Prefecture, Japan. These islands are actually much closer to Taiwan than to mainland Japan, and it’s no surprise then that we’ve seen this species collected from the Northern Philippines by RVS Fishworld. Paratypes of this species have been collected from as far as Guam and the Marquesas Islands, so Chromis anadema is not restricted in distribution by any means. 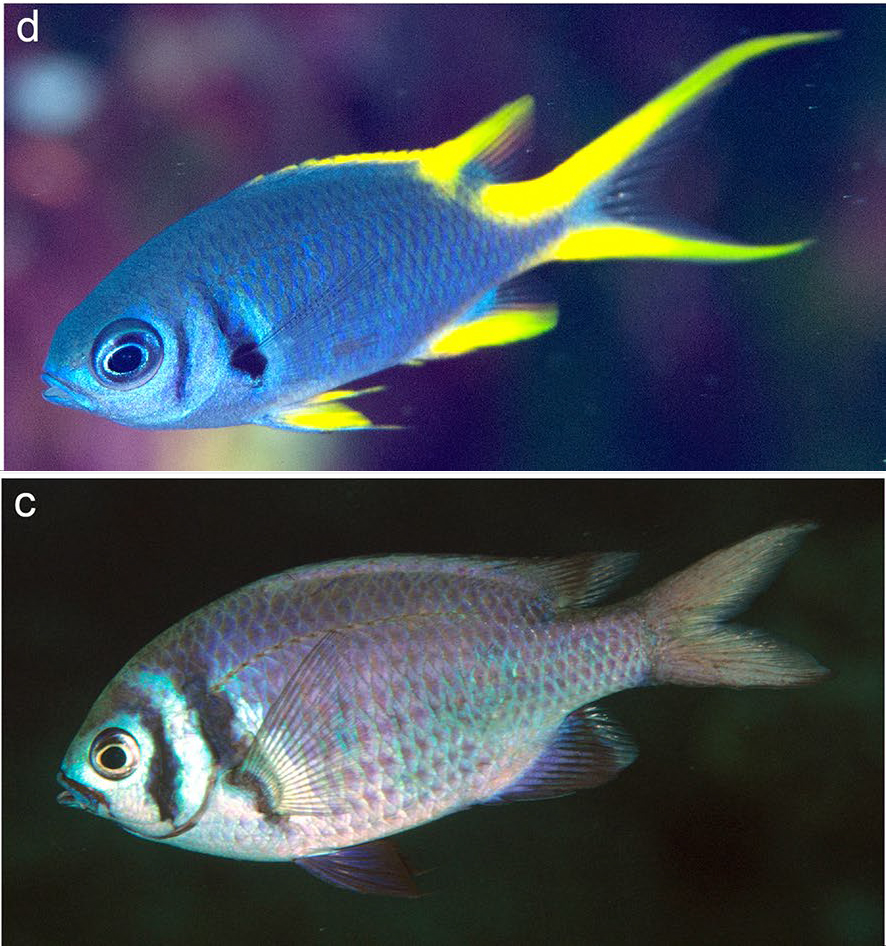 Like many species of Chromis the short tail double bar C. anadema is a very colorful juvenile and much less endowed adult. Young C. anadema are light silvery blue with nearly all yellow fins save for the pectoral fins. As it grows the double bars become bolder and blacker around the head while the yellow colored fins fade to grey or black.

This 500 Watt Multichip Is The Most Power Dense LED To Date!