This Huge Soft Coral Reef Tank in Taiwan is Incredible!

The National Museum of Marine Biology & Aquarium in Pingtung Taiwan is fulled with lots of great coral reef science, and some incredible saltwater aquariums. One of these has to rank among one of the most impressive soft coral displays I’ve ever seen!

Filled with many huge colonies of a wide variety of Sinularia and Sarcophyton species, this aquarium has grown some soft coral specimens that rival many of their wild counterparts. Sure in some reefs you might see these corals growing as large or in some rare cases larger, despite being very mature sizes there’s no doubt these are old aquarium corals. 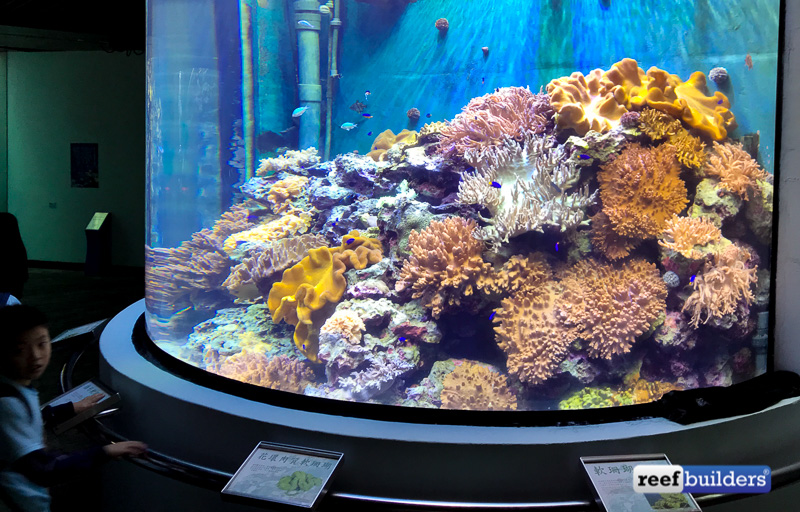 The half-cylinder soft coral tank holds about 1,500 gallons or 5000 liters in the display and is between four and five feet deep. They might be as colorful and captivating as a field of brilliant SPS and LPS corals, these various soft corals do display a range of appearances unique for their species.

Furthermore while most public aquariums tend to overstock their tanks, especially the coral displays, with an unnatural population of fish, the restrained fish load in this tank made for a very serene appeal. No one prepared me for this exquisite display of soft corals and since these species are not as well represented in the recreational aquarium hobby, seeing them arranged into this unique aquascape was quite a unique experience.

If you’re in the South of Taiwan you’ll definitely want to swing by the National Museum of Marine Biology and Aquarium as this is one reef tank you won’t want to miss!

This is one of the nicest soft coral aquariums I’ve ever seen!

TUSA Paragon Is Made With A Reinforced Tri-Mix frame