ITC Aquatics, mainly a UK distributor of major global aquarium brands, has recently released a line of Algae Light Reactors (ALR) in three separate sizes to combat nitrates and phosphates in the aquarium.

Similar to other chaetomorpha scrubbers, it follows an effective format, run water and through a chamber lit from the center with LEDs designed to grow algae quickly and watch nitrates and phosphates disappear. 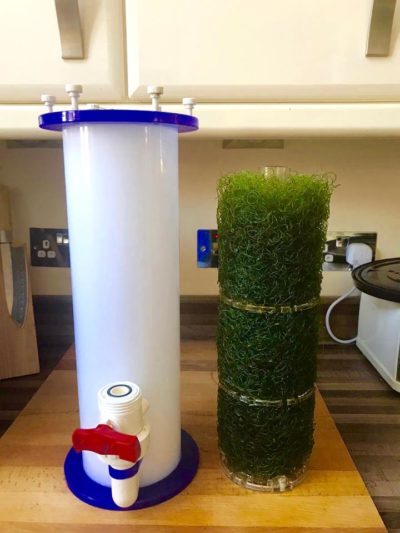 The ITC Aquatics ALR1, ALR2 and ALR3 are the three reactors hold 4.5 liters, 12.7 liters and 19 liters respectively and retail starting from £199.

Quick connect fittings on the hoses and thumbscrews on the top make setting up and maintaining pretty easy. Just like with other algae reactors, there is some light bleeding from the reaction chamber. Since these are typically run on reverse lighting cycles from display, it may also bleed out from the cabinet at night.

This Huge Soft Coral Reef Tank in Taiwan is Incredible!