If you’ve been following my Caribbean coral series you might be asking why I waited until the end to cover this beloved coral. Mycetophyllia lamarckiana is one the most recognizable corals in the Caribbean, however teasing apart this confusing genus requires a rigid attention to detail.
Mycetophyllia is a group of fleshy corals found in the Caribbean. They are part of the Mussidae family and there are five distinct species. Mycetophyllia lamarckiana is often the most colorful of the bunch, having contrasting ridges and valleys with endless combinations in between.

The other four species of Mycetophyllia are M. aliciae, M. danaana, M. ferox, and M. reesi. The last one on the list M.reesi remains elusive and one of the last species of Caribbean coral I’ve yet to find. So when you are learning to identify these species you can focus on the first four, before worrying about M. reesi.
Mycetophyllia formes plates, mounds or hemispherical colonies which typically grow from a central point or founder polyps. From here 7-10 polyps form around the central corallite and radiate outwards. The colonies will normally be attached to a rock from the center growing outwards above the substrate.
The four common species of Mycetophyllia have distinct ridges, while the fifth species M. reesi is a ridgeless variety. To tell these four corals apart, you have to see if the ridges connect in the center of the colony, if the ridges are continuous from the edge of the colony, or if the ridges connect and close around corallites.
See also  Carribean Coral Fluorescence Featured in Neon Video

Mycetophyllia lamarckiana, has distinct scalloped edges and continuous ridges that run from the edge of the colony towards the center. The ridges, however, do not connect in the center which is a distinguishing characteristic of this species. The common name for this coral in the Ridged Cactus coral.
But this is where things get tricky. While it’s easier to classify large colonies, small colonies can be mistaken for M. danaana. Some people believe M. lamarckiana could just be juvenile M. danaana corals that haven’t developed their full skeletal ridges. If there was ever a Caribbean coral that would benefit from a genetic analysis, Mycetophyllia is first on the list.
Of the four species, Mycetophyllia ferox is the only coral in the genus to have closed ridges around corallite centers. Mycetophyllia aliciae has weakly developed ridges and several corallites between ridges, while the other three including M. lamarckiana will have a single row of corallites between ridges, sometimes two corallites near the edge.

Perhaps I am being too picky while trying to identify this confusing genus, but I just want to get the most accurate description to share with all of you! I still get stumped by Mycetophyllia corals, especially smaller colonies.
For example, the coral below could be placed in several of the species and without analyzing the skeleton or testing the genetics it’s anyone guess what species would best suit this coral. So this is why I’ve waiting until the end to cover this tricky coral species.
Mycetophyllia lamarckiana is found between 10 and 75m (30-250 feet). All documented colonies of the corals are under 12-15cm (6-7inches). 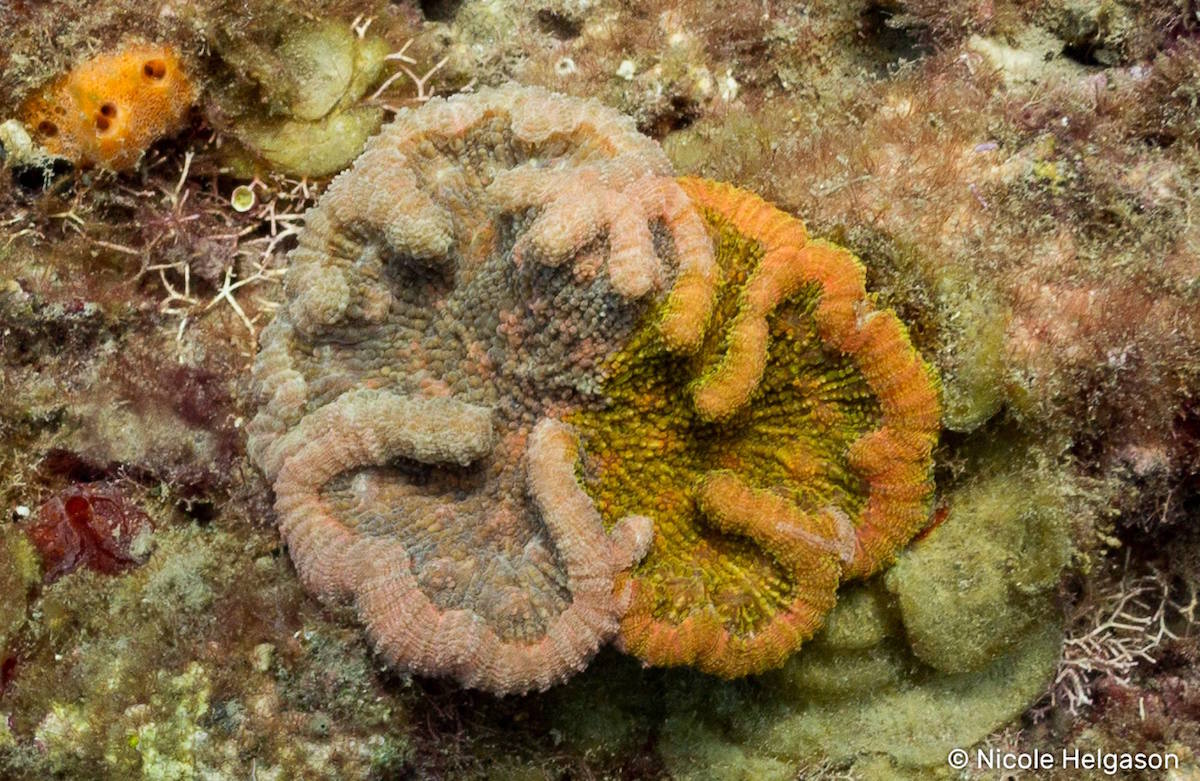 Get To Know These 3 Types Of Saltwater Shrooms