From the moment I opened up the box to Waveline’s new Wavepuck II water pump, I had a feeling it was going to be a let down. Who knows whatever happened to the Wavepuck 1 but the model currently on the market looks like really bad concept prototype, and not something that should have ever been released. 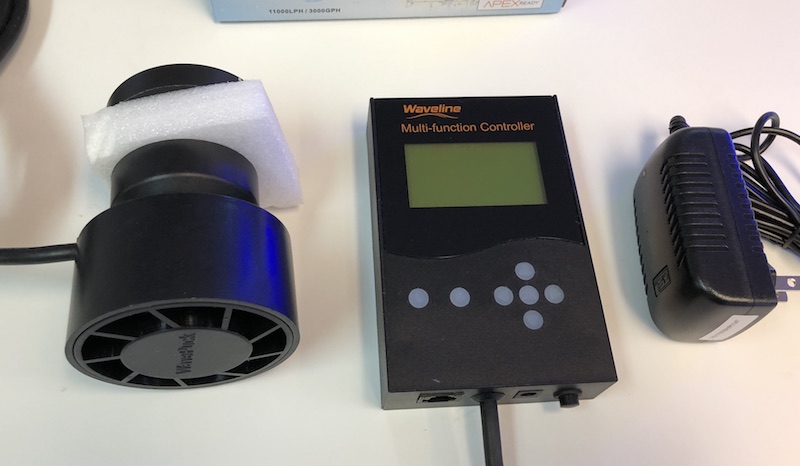 Let’s rewind the clock to MACNA 2015 when Waveline gave us a glimpse of their forthcoming pump which featured great flow rate in a slim package and promising price. After two years of development we assumed that when it was finally released, this pump was going to make some serious waves, but nothing could be further from the truth. 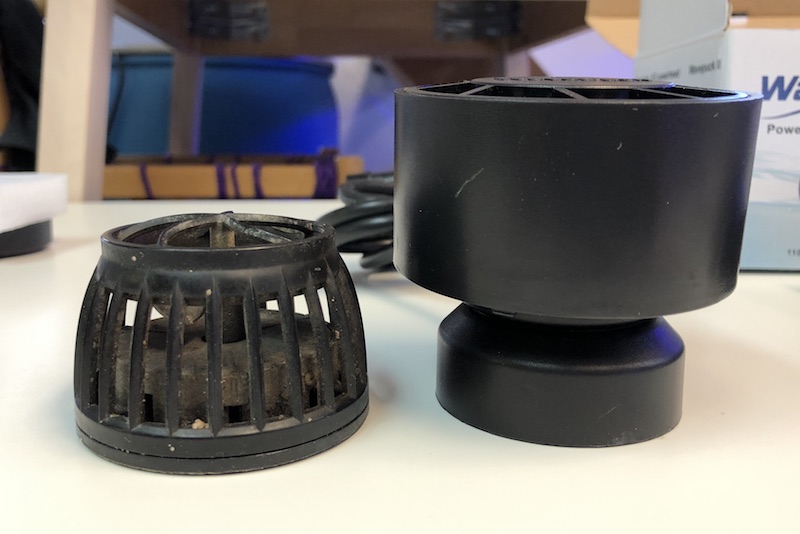 This pump is cheap in price yes, but everything about it screams low-quality, and the pump body is frigging huge – it’s nothing like the prototype that was originally teased! The aesthetic design is virtually absent, the edges on the controller are sharp and uncomfortable to hold, the buttons are mushy and the menu is confusing, but mostly at first. 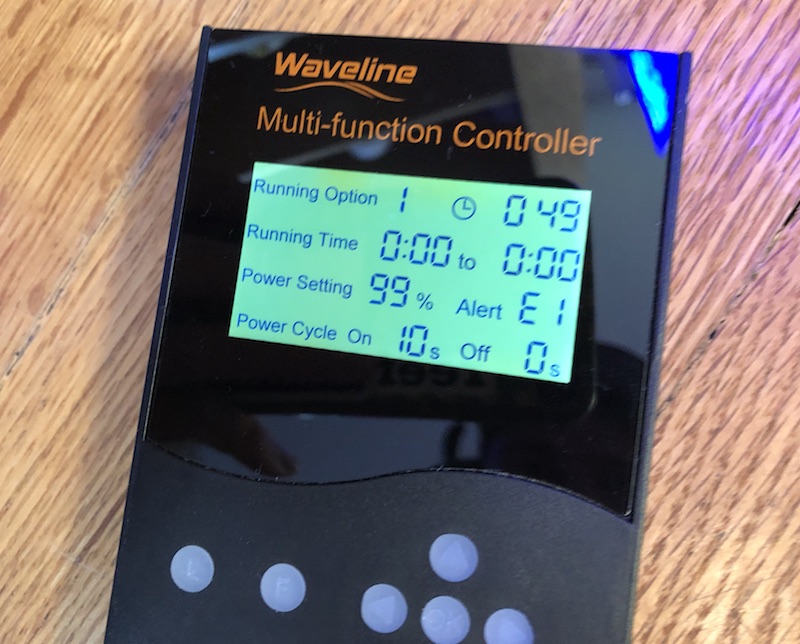 I thought that maybe setting these egregious design flaws aside, maybe the pump would push some decent water seeing as it’s such a big pump. Well wouldn’t you know it, when I first tried to fire up the Wavepuck 2 it didn’t even start! It wasn’t until fiddling through all the settings, removing the (very tight fitting) screen guard and push starting it that I began to realize what was wrong.

WavePuck II ceasing to function when placed on its magnetic base

The pump runs when I start it while removed from its magnetic base but it freezes as soon as it’s placed in the base – the one designed just for this pump – because the magnetic force of the mount essentially exerts friction on the propeller. Finally, when the pump is freed from its magnetic prison does the propeller actually turn and surprise surprise, the flow it produces is weak and diffused.

There’s always the possibility that the Wavepuck pump I was sent is a defective unit but what does that say about the company’s quality control when the pump doesn’t even turn on when it’s completely new? There’s virtually no chance of this pump pushing 3,000 gallons per hour at full blast, and definitely not happening with the added friction of the magnetic field from the magnet mount, even in a ‘normally’ functioning pump.

There’s so many great pumps available on the market today that smoke the WavePuck both on price and performance – I can’t even recommend it for the saltwater mixing vat! This is one of the rare times we even bother to review a product that is so bad that it’s funny but we are a fan of Waveline, and had much higher expectations from the company that essentially launched controllable DC pump on the aquarium scene.