We get it, you’re busy and don’t have time to sit around sifting through books or perusing our Guide to Caribbean Corals. So we made this quick guide to branching corals so you can easily identify Caribbean species at a glance.
We have a total of 5 quick guides for Branching, Mound & Boulder, Large Polyp, Plating, and Meandering corals. Follow us on Facebook to stay up to date with all our coralicious content.
In this quick guide, we have three types of branching corals Acropora, Madracis, and  Porites. Since this is the quick guide I will give you a few tip to identify each genus or type of coral. If you want to learn more about each species there is a link describing each coral in more detail.

Acropora corals, commonly known as Staghorn or Elkhorn corals are one of the most recognizable Caribbean corals. One thing that stands out with Acropora is the presence of an axial corallite. This means there is one big corallite at the tip of each branch and Acropora corals (Caribbean and worldwide) are the only type of coral to have this larger corallite.

The common name for Madracis is star coral because there is a star shape in the skeleton surrounding each polyp. You can notice this coral because the polyps are usually out during the day giving the surface of the coral a fuzzy texture.
4. Madracis carmabi – Hybrid Star Coral
5. Madracis auretenra – Yellow Finger Coral
6. Madracis decactis – Ten Rayed Star Coral

There are both plating and branching forms of Porites corals, and they all share one common trait. The corallites of Porites coral are very small and sunken in the surface of the coral. When the polyps are close it looks like the coral is covered in tiny pores.
7. Porites porites – Finger Coral
8. Porites furcata – Branched Finger Coral
9. Porites divaricata – Thin Finger Coral

For easy quick access to this quick guide save the graphic below on your phone. 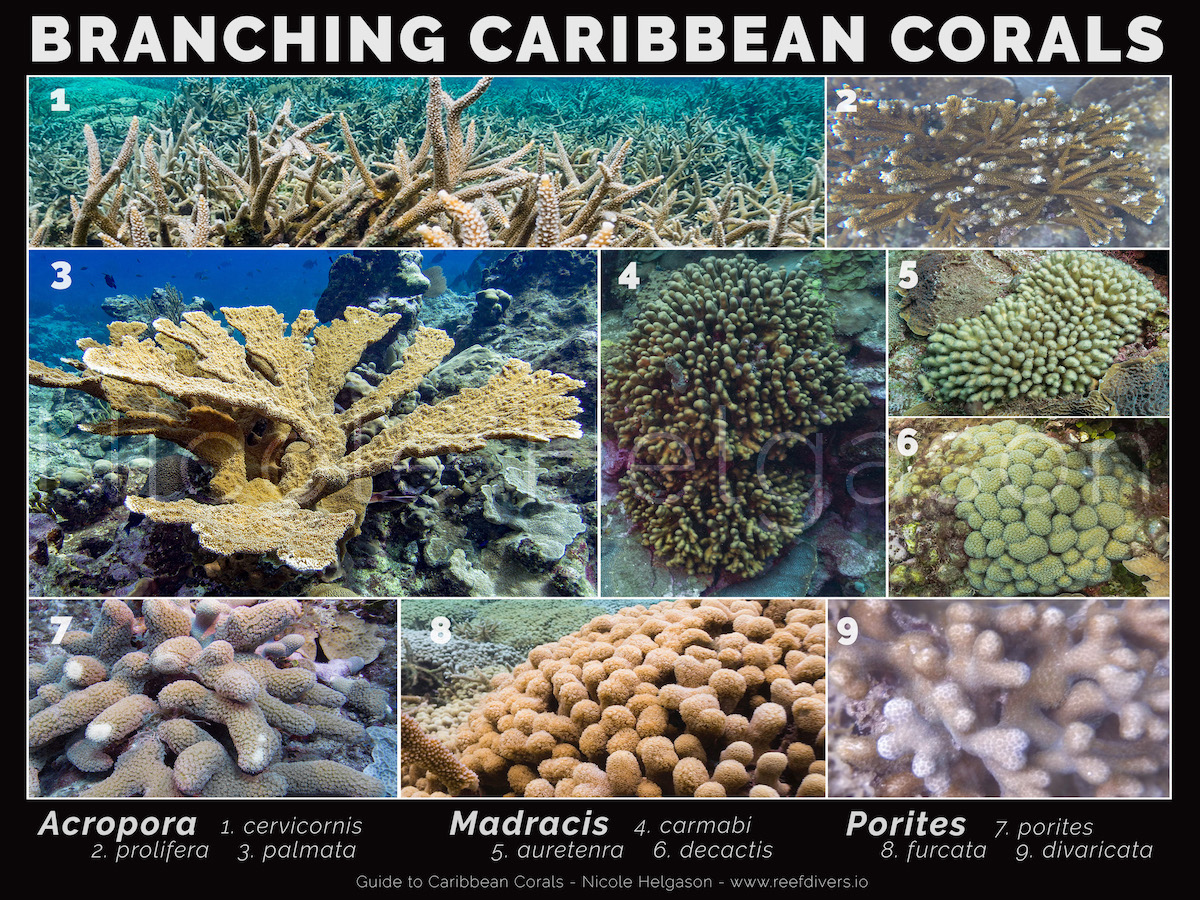