Corals Down Under Teases a Fresh Crop of Interesting Corals

It’s always a good day when I see at least one coral or picture of a coral that is worth talking about. A recent harvest by Corals Down Under features more than a handful of specimens that I would love to put in my own reef tanks, and probably several of you would to. 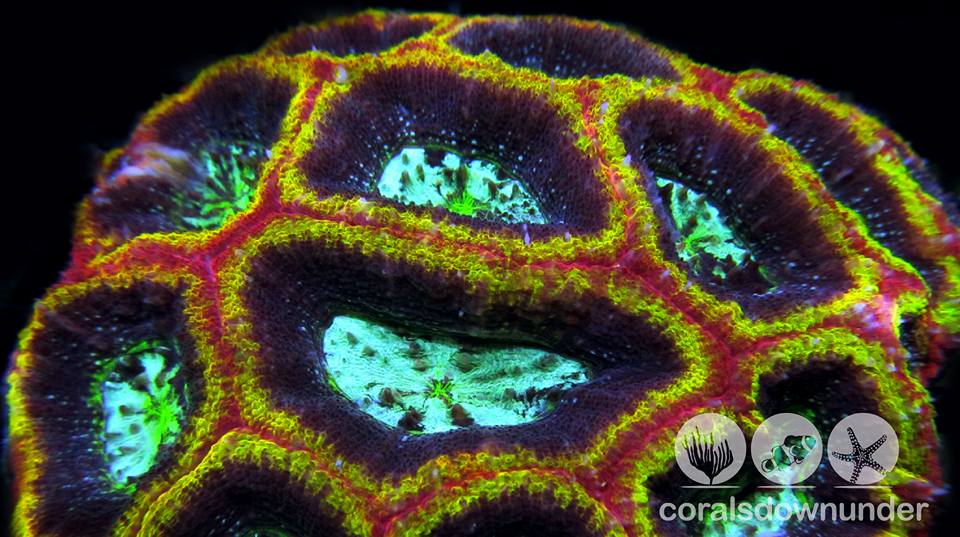 I’ve seen this particular Homophyllia bowerbanki strain only a handful fo times and it’s easy to see why it’s sych a memorable coral. The black ‘UFO’ ring inside each polyp is boldly contrasted by a bright yellow rim which itself is bordered in a red margin where each corallites meet. A coral like this under the right lighting would simply melt your retinas. 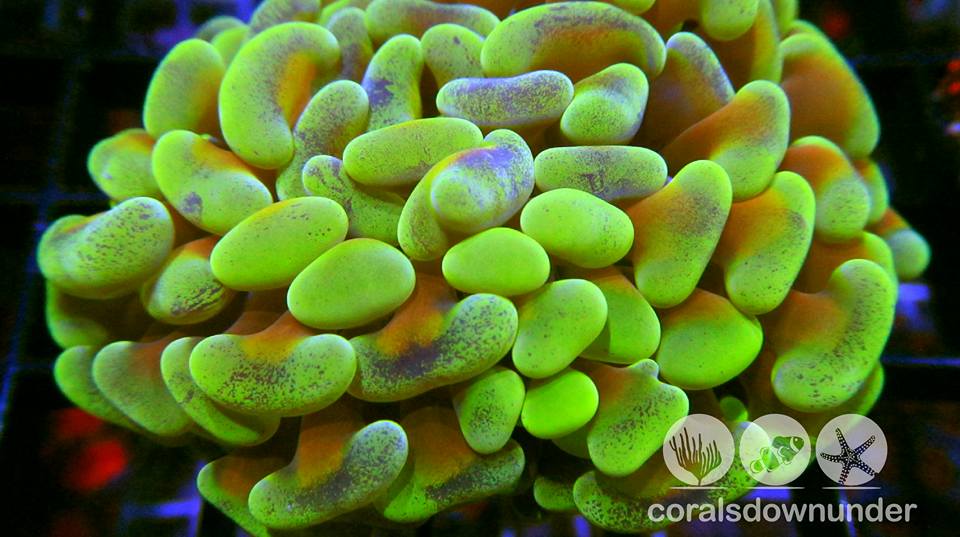 Many of us have seen bicolored hammer corals before, even some that are green and orange together. But this particular Euphyllia ancora has orange tentacles and toxic green tentacle tips, say what? Like the ‘Banki above this is one hammer coral strain that only appears once in a great while and whoever scores it should consider themselves very lucky. 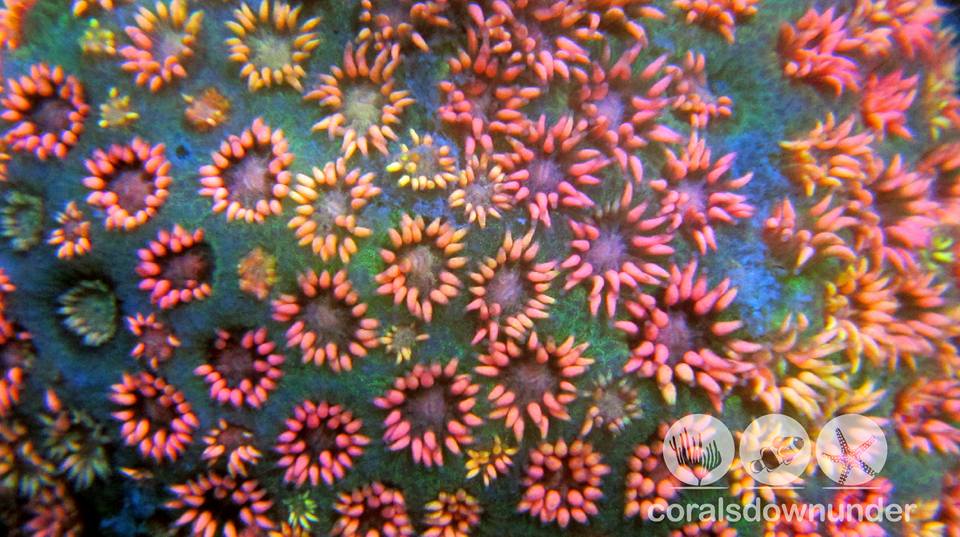 Although this image isn’t overly striking, this beautiful Goniopora colony resembles a flowerpot strain that I obtained sometime last year. It’s blue inside with bright pink polyps so it changes color depending on how extended its polyps are. It’s blueish when closed and bright pink when the polyps are out, with hints of blue when the extended polyps sway back and forth to reveal the interior of the colony – a very desirable piece for Goniopora lovers. 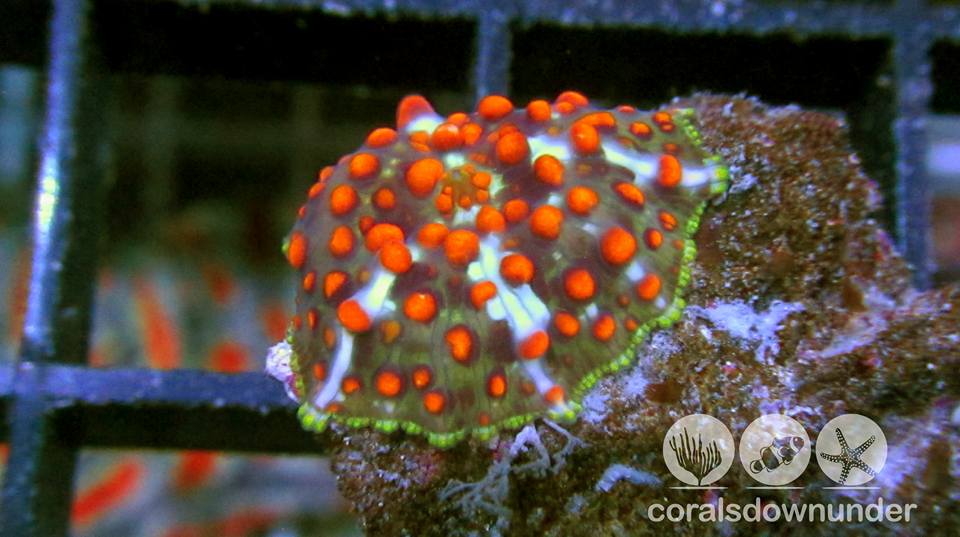 If this Discosoma was a real mushroom there’s no doubt that it would kill anyone who eats it. Those bright orange bumps are just dying to be juiced under the right lighting and the whole polyp deserves to get roided out with frequent target feeding until it’s a couple inches across like a jawbreaker. It’s a pity this polyp doesn’t seem to have been part of a larger colony but that makes it just that much more special and worth culturing. 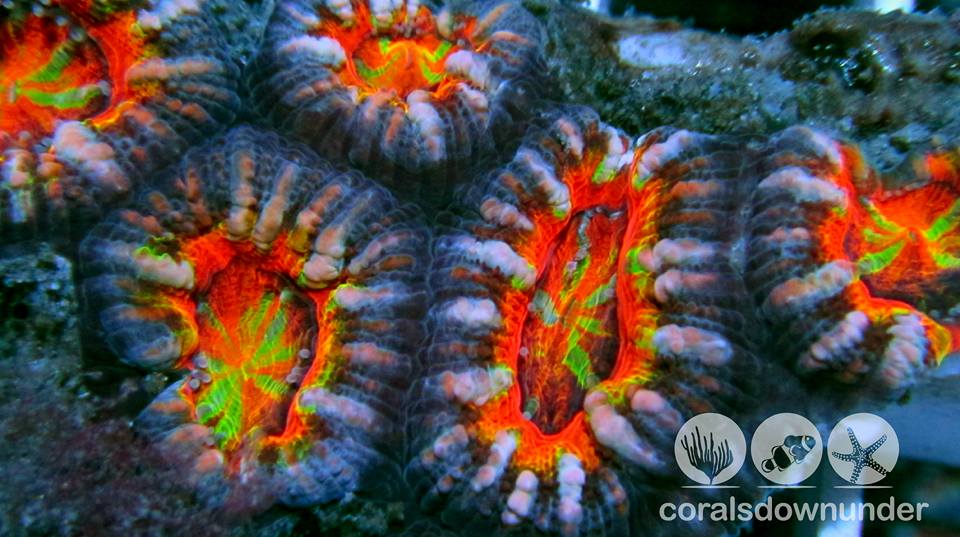 Not every coral needs to be retina melting to be interesting. Some dark horse specimens such as this grey-brown Micromussa lordhowensis colony has brilliant red mouths with green stripes in the oral discs, and fainter orange stripes around the rim. While this coral seems a little bit average up close (compared to a rainbow lord anyway) from a distance the contrast of color and pattern would grab viewers’ attention in a crowded reef tank.