Chalice corals of the Echinophyllia genus are easily some of the most colorful, brilliant and highly sought after corals for reef aquariums. Last year while I was in Taiwan I connected with a reefer in Taipei who’s specialized in acquiring these fanciful plates. 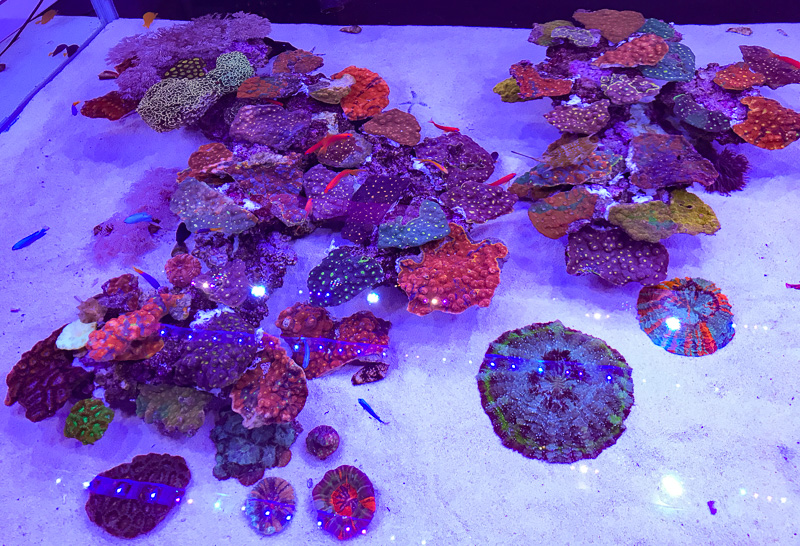 Vincent Wang and his store, VP Corals, has one of the highest concentrations of exotic corals we’ve encountered in Asia, outside of natural coral reefs of course. Sourcing his corals from all over the world, and I do mean all over, VP Corals stops at nothing to get their hands on the craziest Echinophyllia chalice corals, jawbreaker shrooms, rarely seen NPS corals, and everything that goes along with that.

What was cool about visiting VP Corals is seeing a couple of Vincent’s display and show tanks, an SPS reef and an LPS reef, both of which are very uniquely setup and aquascaped. Not only that but the tank dimensions of the LPS reef in particular is one of the largest ‘reef flats’ I’ve ever come across, being around 12 feet long but only 18 inches deep! 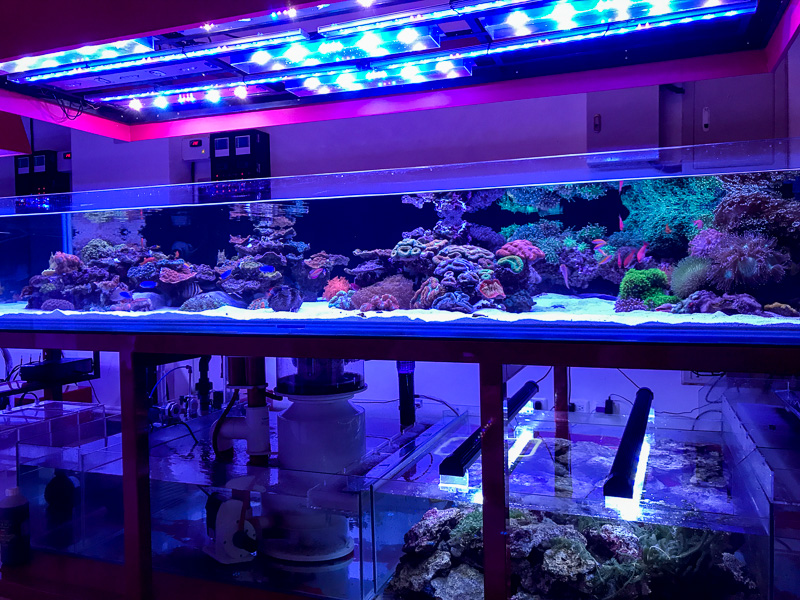 Furthermore, the LED lights are completely custom with a heavy mixed-blue spectrum spread across tons of diodes, but no secondary optics to provide very uniform light coverage. I spent a lot of time at VP Corals during my trip to Taiwan, especially filming both of Vincent’s incredible displays but since it’ll be a while until those video can be fully edited, figured a sneak peek at this reef specialty store is well warranted.

ReefHD Reef Flux is the new name for Algae Buster