If you needed any more proof that Epaulette Sharks are one of the coolest predators on the reef, look no further than a trio of new videos from PBS, the BBC and the Smithsonian. Epaulette sharks’ small size, benthic nature and cool patterns already makes them very interesting aquarium animals, for fairly large tanks. 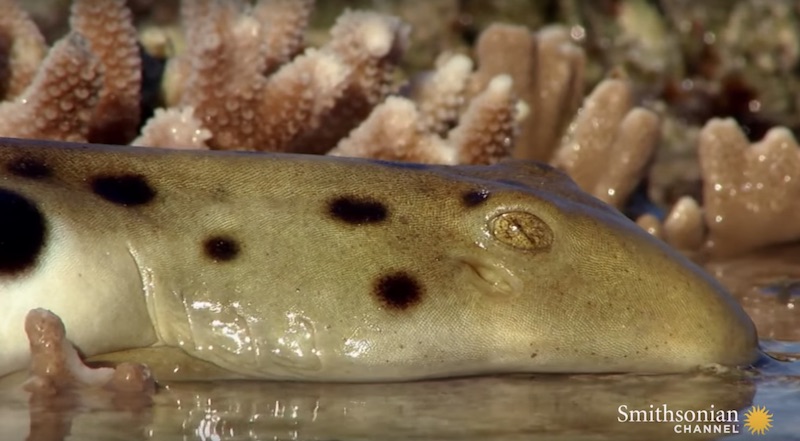 But what is most intriguing about these sharks is how they walk – yes, walk – with their sturdy pectoral and pelvic fins. These are strengthened with muscles and cartilage and strategically placed in roughly the same location you’d find limbs on a slinky amphibian or reptile.

These prototype limbs are useful not only for walking on the reef floor in water, but also for doing something even more extraordinary – walking on the reef at low tide! That’s right, these water-breathing sharks have adapted to prowl on shallow exposed reef zones when it is exposed at low tide and various prey items are trapped in tide pools.

To shoot these unbelievable videos for Blue Planet II the BBC called on none other than Sir David Attenborough himself to describe this very unique behavior of epaulette sharks hunting at low tide. Not only do these sharks have the proper physical traits of sturdy limbs to crawl themselves around, but they also know how to manage and limit their oxygen consumption since they will be ‘reverse-free-diving’ out of water for extended periods of time.