Hands On With the Aquatica AGH5 Housing Part 1: The ‘Core’

Selecting a housing can be a very personal decision based on a user’s particular needs so before deciding on the Aquatica AGH5 housing I reviewed many different options. Aquatica, Nauticam and Ikelite are some of the most widely available housings for the GH5, but other companies like Acquapazza, Seafrogs & EasyDive also make great housings with vastly different price points and feature sets. Be sure to check out the full comparison of housings from these six different manufacturers.
Purchasing a decent underwater camera housing can be a very significant investment and a tool that you are likely to use for many, many years. Since I’ve decided to go all-in with the Panasonic Lumix GH5 mostly for shooting video, I wanted to pick a housing which was going to keep up with my needs both as a videographer and as a diver. 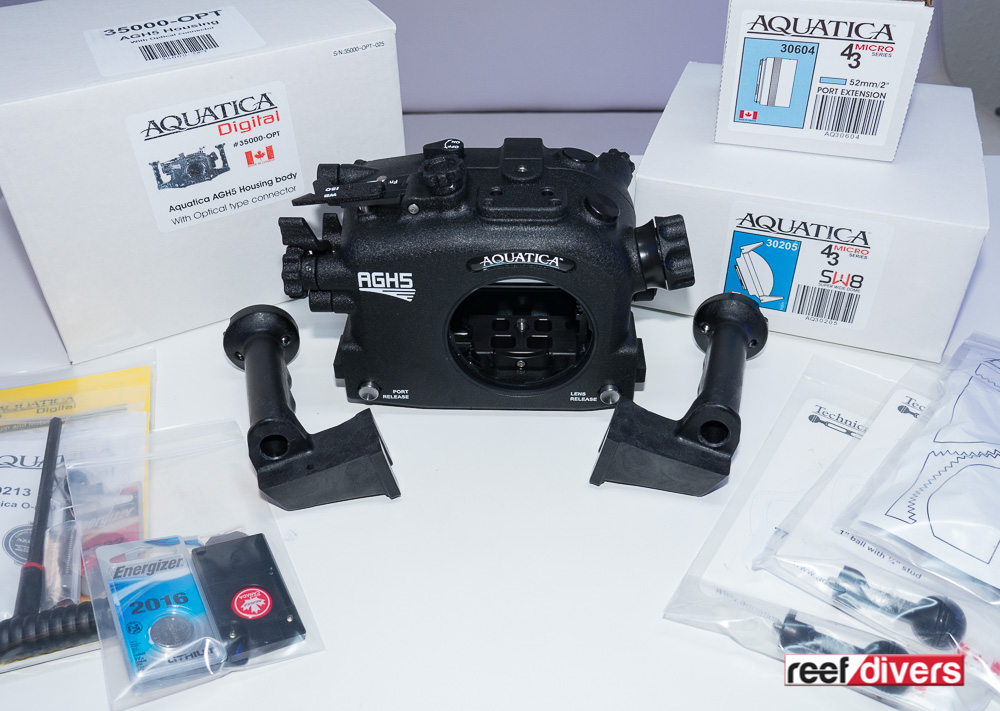 The Aquatica AGH5 seemed like the best fit for me because for the price, I definitely didn’t want to buy two thousand dollars worth of plastic, even if it is Acrylic. The AGH5 is machined from a solid billet of aluminum for plenty of strength and an equally high durability for all the buttons that pass through it.
When asking for feedback from other more experienced underwater shooters I got a lot of testimonials to the reliability of Aquatica housings, especially their ability to be repaired ‘in the field’. With the housing opened it’s easy to see how each of the housing buttons lead to the camera buttons, and their respective mechanisms.

All these practicalities aside, when it came time to plunking my money for a housing as expensive as the camera, I just personally liked how it felt in my hands. The ergonomics felt great, I like how the menu buttons are of different height, and I was attracted to the reduced size of the AGH5 – for use as well transport – and the extremely modular approach for maximum customizability.
Not only is the mil-spec anodized finish very pleasing, it’ll hold up to international travel, and I won’t worry about scuffing it getting on and off the boat. Also all the external controls seem to correspond closely to the camera buttons, and those that don’t are clearly marked and easy to reach from the grip handles. 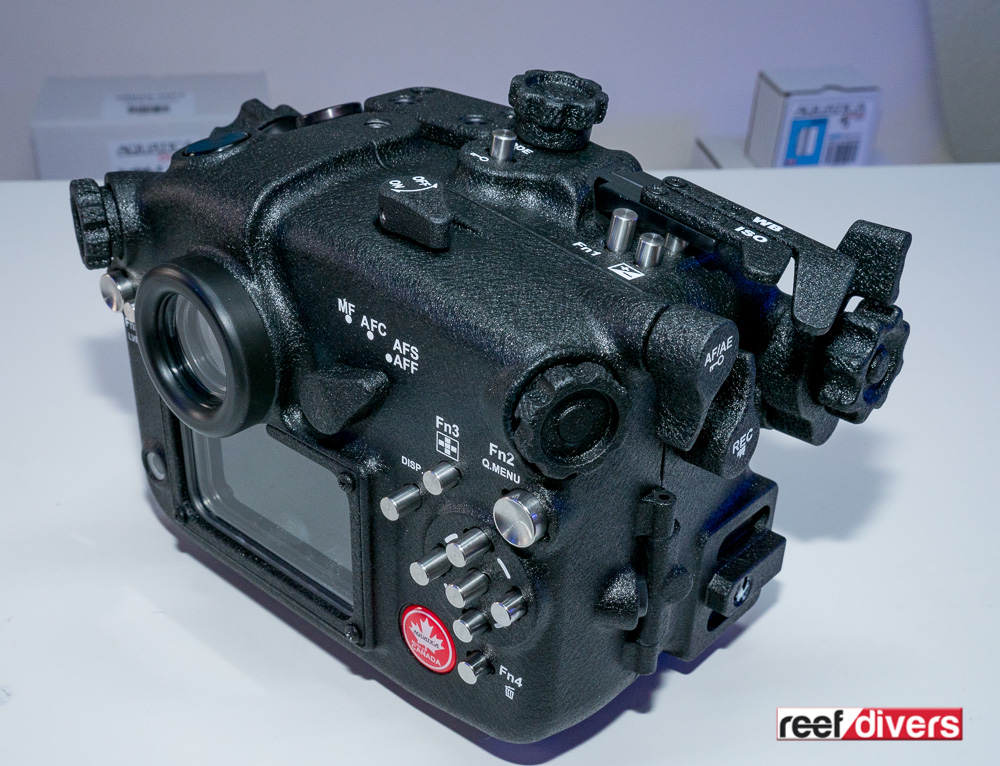 One feature of the AGH5 that I’ve never had in a camera dive housing is the built-in leak detector. This is a very welcome stock feature of many higher end cameras including those from Aquatica, but there’s a few things to know about it. As I was eagerly setting up the unit I placed the battery in and learned to touch my wet finger to the sensor to test it, but it’s important to remember to remove the battery as it will be gradually drained of power if left in the leak detector assembly. 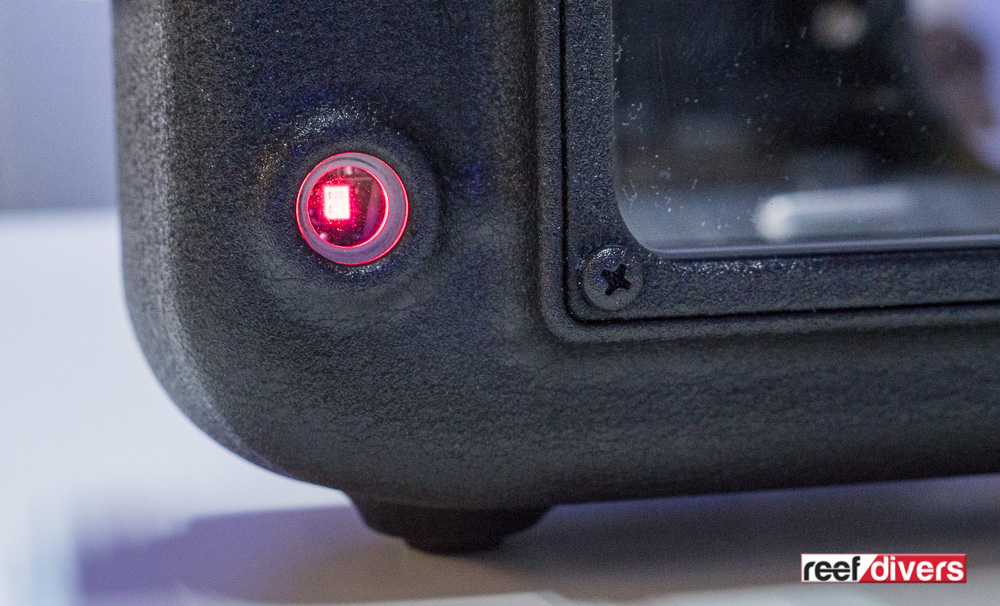 I’ve used my GH5 camera extensively since acquiring it about a year ago – I can intuitively change ISO, Aperture and shutter speed with the buttons on the camera body. But since the housing controls are mostly different from the camera body, I plan to practice using the camera inside the housing for some photos and videos, but without the dome port.
As you can see I have not yet attached several of the critical pieces of the AGH5 camera assembly including the handle grips, focus ring, dome port and port extender. Be sure and check back for part 2 of our series going hands-on with the Aquatica AGH5 housing as we sincerely hope this series, and our observations, will be useful into anyone considering a dive housing for the Panasonic GH5 and similar midsize cameras.