Hogfish are a group of wrasses that are very popular for saltwater aquariums, and some are even suitable for reef tanks. Within the Bodianus genus there are a lot of very colorful, medium sized species which are most often found in deep water, with very flattering colors and patterns.

We’re talking about the three lined hogfish, Bodianus trilineata, B. paraleucosticticus and B. leucosticticus. Today we take a closer look at a species recently collected by RVS Fishworld in the Philippines, the spotted line hogfish, B. rubrisos.

Small juveniles of Bodianus rubrisos are mostly lined in appearance with a prominent red tail. As they grow larger the lines of the spotted line hogfish break up into dashes and dots, with the tail becoming noticeably paler. Although we’ve never seen this fish in person we’ve got a great look at what this fish becomes thanks to some great new photographs by RVS Fishworld. 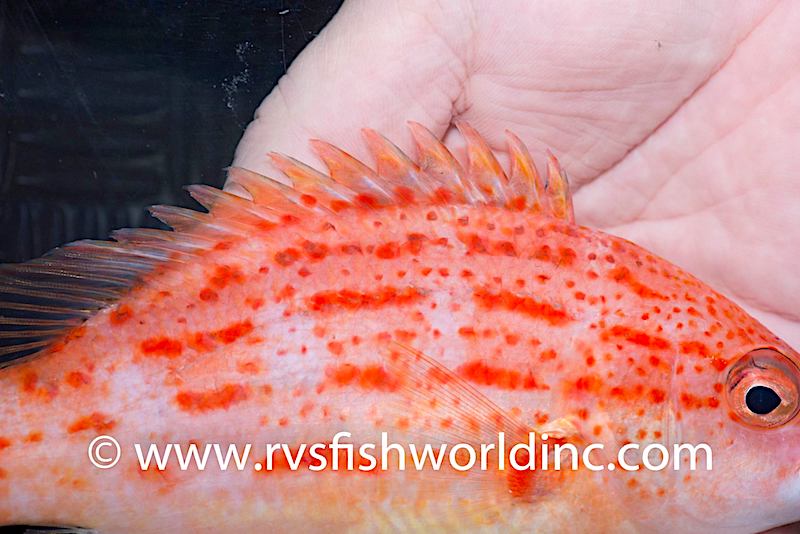 At first glance these daylight white photos of the spotted line hogfish are not entirely flattering, and that snout gives it somewhat of a longnosed appearance. But don’t be fooled because those red dashes and dots absolutely glow under the correct lighting.

Growing up to 30cm or about a foot in length, this is one fish better suited for a boisterous fish aquarium than a reef tank. But whoever ends up with this fantastically rare hogfish is sure to enjoy a great pet which will eat greedily and live a good number of years in captivity. 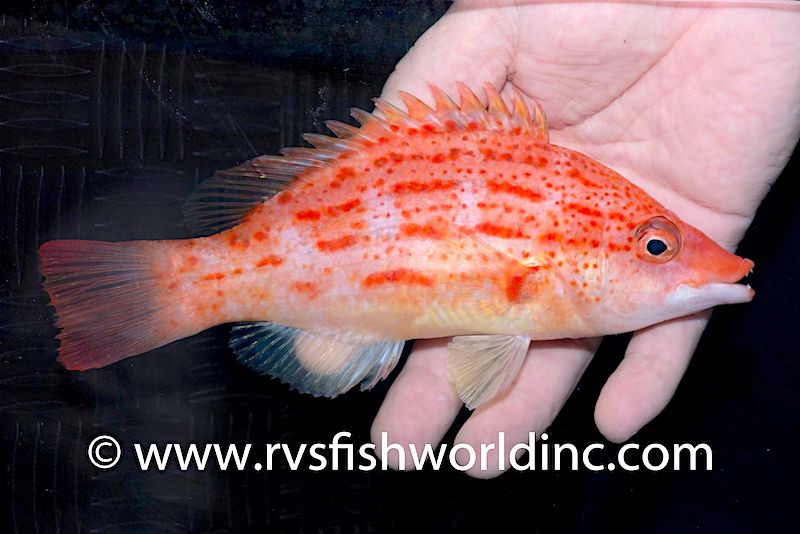