White Chocolate is a White, Yellow & Scopas Tang All In One

Casper the white tang might be the most famous surgeonfish in the world but World Wide Corals has been conditioning a new superstar in their stable of awesome tangs. A little over a year ago WWC added two piebald Zebrasoma, with the exquisite Bumble Bee and School Bus, both mostly yellow scopas tangs. But if there’s one tang which matches casper’s splendid appearance it has to be White Chocolate.

White Chocolate is an aberrant scopas tang from Java Indonesia with a very high degree of both white, yellow, and normal scopas coloration. The way in which these colors are distributed is wildly contrasting and certainly one of the highest quality ‘Tricolor Tangs‘ as they are called in the UK.

Just as Casper is the main fish feature of World Wide’s show reef tank in the front of their retail store, White Chocolate is the fishy highlight of their masterpiece 900 gallon reef tank. Together with a school of yellow tangs, a scopas tang, and several other surgeonfish White Chocolate is really a sight to behold and we look forward to documenting this iconic fish through the years as we have with Casper the White Tang. 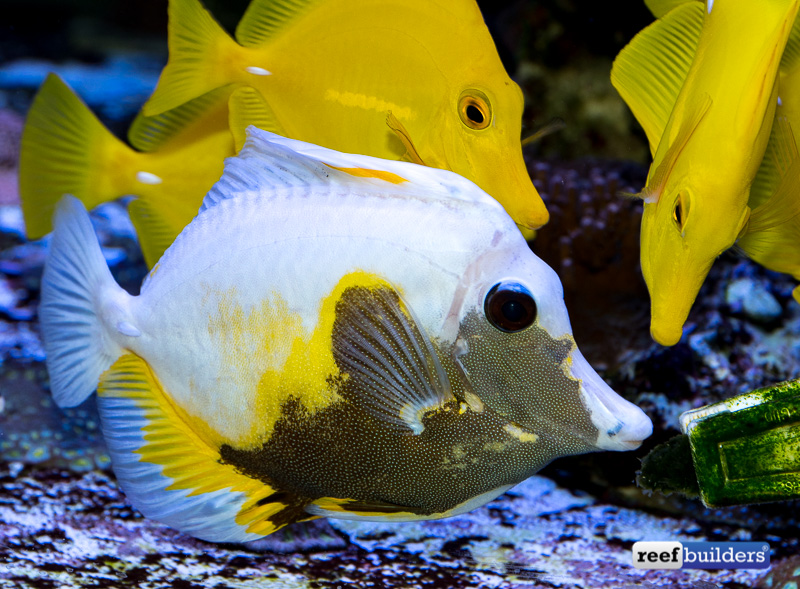 This Persian Gulf Reef is Home to 400 Million Cycloseris!