SoFi Is A Soft Robotic Fish Built For Underwater Exploration

Researchers at MIT unveiled a new take on underwater exploration, with the creation of a robotic fish with a soft undulating tail. The soft robotic fish or SoFi for short, doesn’t rely on propellers or jet-based propulsion instead, a hydraulic pump controls the swimming tail.
The movement mimics natural swimming motion, creating less noise and water movement around the robot then jet-based propulsion. Daniela Rus, director of the school’s Computer Science and Artificial Intelligence Lab, said jet-propulsion methods have the tendency to generate loud noise and turbulence, which, according to the paper, “have the potential to scare marine life and to prevent closeup observations.” 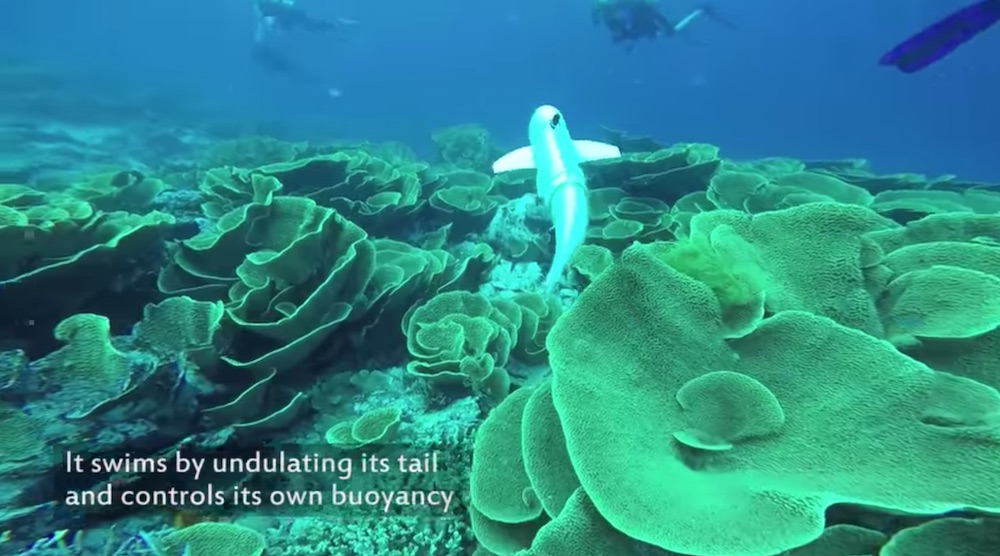 While there are other underwater robots with fish like movement, the biggest advancement with SoFi is her ability to adjust buoyancy autonomously. Just like a swim bladder in fish, SoFi can adjust buoyancy moving up down with a mechanism that pumps water in and out of the tail.
Unlike previous iterations, it can dive to 18 meters untethered, while at the same time it can “autonomously execute high-level commands” issued at a distance by its operator, using acoustic signals.
Watch SoFi in action!

Anemone Protection Guard is the Newest Innovation From 3D Printing

A Rare Presentation by World Wide Corals at ReefStock 2018 [VIDEO]