Hands On and Close Up with Reef Pulse Coral Food

Ocean Nutrition is one of the aquarium hobby’s largest and oldest manufacturers of fish and aquarium foods. Despite making frozen and dry foods for decades, it’s only last year that we got to see the first bonafide coral food from Ocean Nutrition called Reef Pulse.

There’s some companies who feel that it is enough to gather up the dust from the processing of their dry foods and package that as coral food but this is definitely not what Reef Pulse is made of. To really evaluate the granularity and particle size of Reef Pulse it seemed fitting to stage it next to some other staple brands of coral foods and see how they compare. 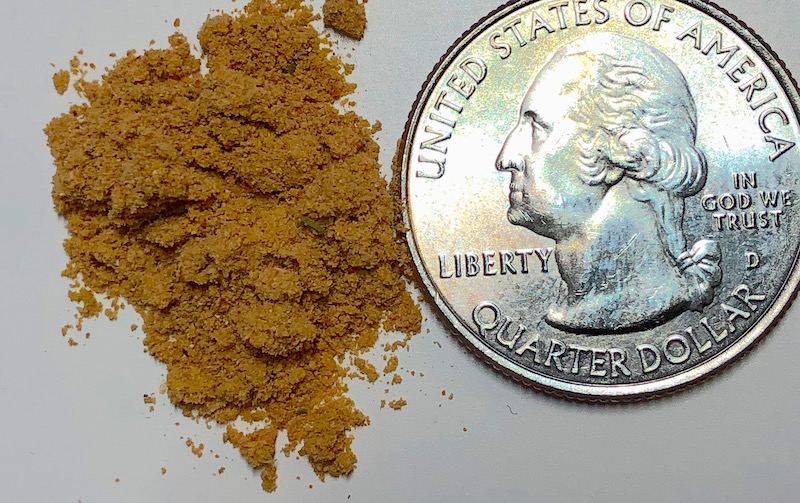 I somehow expected a really dusty type of food from Reef Pulse to my delight it was far from it. As the package indicates, the tiny particles range in size from 5 to 400 microns and you can really see it upon close inspection, and it is actually quite on par with Reef Roids & ZoPlan.

In fact, reef pulse appears to be a even blend of the smaller particles of Reef Roids and the larger ones of ZoPlan. So in this regard Reef Pulse would be a great intermediate particle size distribution for feeding a mixed reef tank with a variety of SPS and LPS corals. 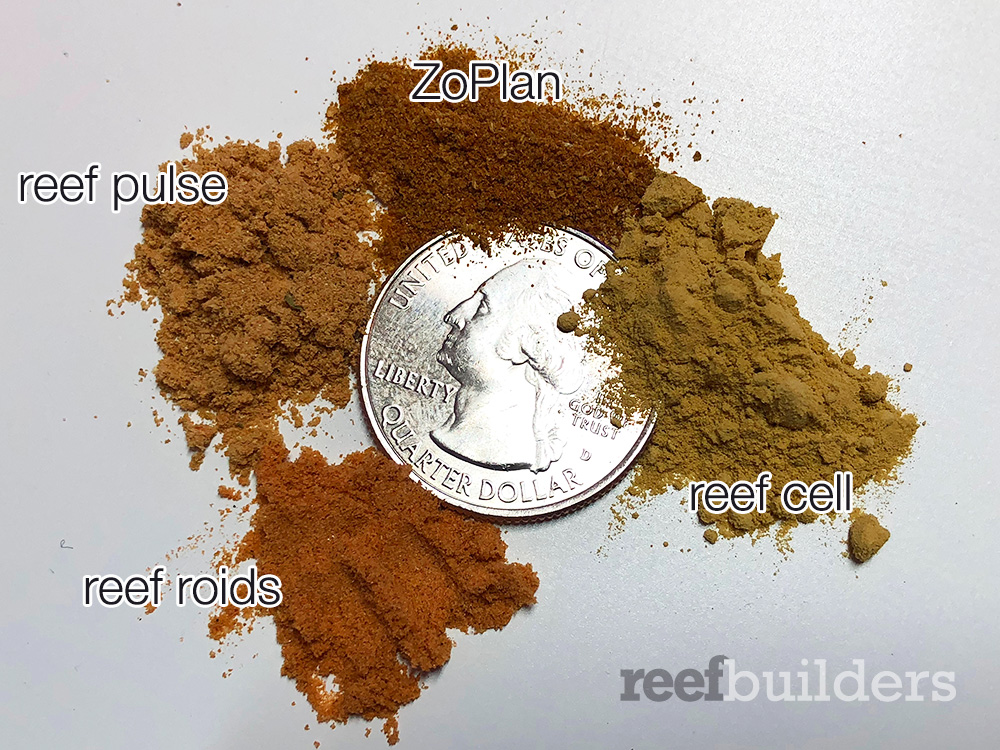 The final test was to see how well it mixed in seawater and I was really impressed at how quickly it saturated in water. In the image above you can see a dab of Reef Pulse that was added to some tank water quickly sunk – due to being quickly rehydrated – without any mixing! Since Reef Pulse absorbs water quickly this means that you won’t have to wait around for it to stop floating making it quicker and easier to feed your corals either through target or broadcast feeding.

Of course once added to the reef aquarium water the tiny food particles are plenty buoyant and will stay in suspension long enough for corals to capture them. But since it also sinks if you turn off the water flow Reef Pulse shoudl make a nice paste for target feeding the larger mouths of Lords, Micros, Acans and even large Scolies and Trachies.

As we’ve come to learn about coral foods, like fish foods it’s all about the ingredients and Reef Pulse has respectable ingredients made up of krill, squid, copepods, fish proteins, artemia and marine micro algae. We’ll no doubt be adding Reef Pulse to the diverse menu that we feed our corals and look forward to learning its unique traits and applications over time. [Reef Pulse]