Ask Reef Builders #3: How Long Should I Cycle A Reef Tank Before Putting Corals In?

You don’t. The short answer is that technically, there is no evidence that you need to cycle an aquarium before putting corals in. Now before you start pulling out your proverbial pitchforks and burn me and this statement at the stake, give me a chance to unpack what is meant by traditional cycling, and why this doesn’t really apply to corals in a new aquarium.

The freshwater aquarium, as an organized hobby, is generations older than the saltwater aquarium hobby so it’s completely natural that saltwater aquarium principles evolved from those of freshwater tanks. Aquarium cycling refers to the process of allowing bacteria to naturally colonize an aquarium to detoxify ammonia to the eventual end product of nitrate.

In the confines of an aquarium, higher life forms such as motile invertebrates and fish produce ammonia which can quickly build up to elevated, toxic levels. The precise nature of the toxicity is how ammonia destroys the oxygen-carrying hemoglobin of red blood cells; no hemoglobin = no oxygen = unhappy fish and inverts.

But hey good news, corals don’t have blood, or red blood cells, and they don’t use hemoglobin to carry oxygen. So the most dangerous mechanism whereby ammonia harms our fish and higher inverts is not one which exists for corals in the first place!

Granted, high levels of ammonia are also deleterious to normal cellular function in all life, but this happens at concentrations an order of magnitude than the concentrations that typically cause new tank syndrome. But there’s more good news, not only do corals produce much less ammonia than fish, they also consume nutrients through their symbiotic algae, thereby reducing the total levels in the aquarium water.

If you’ve ever been to a reef show, all those display tanks filled with corals haven’t been ‘properly cycled’ but they’re only a few days old and packed wall-to-wall with corals. For sure, these tanks are installed by professionals who handle corals all the time, and some heavily stocked tanks may get a few small water changes throughout the duration of a frag swap. 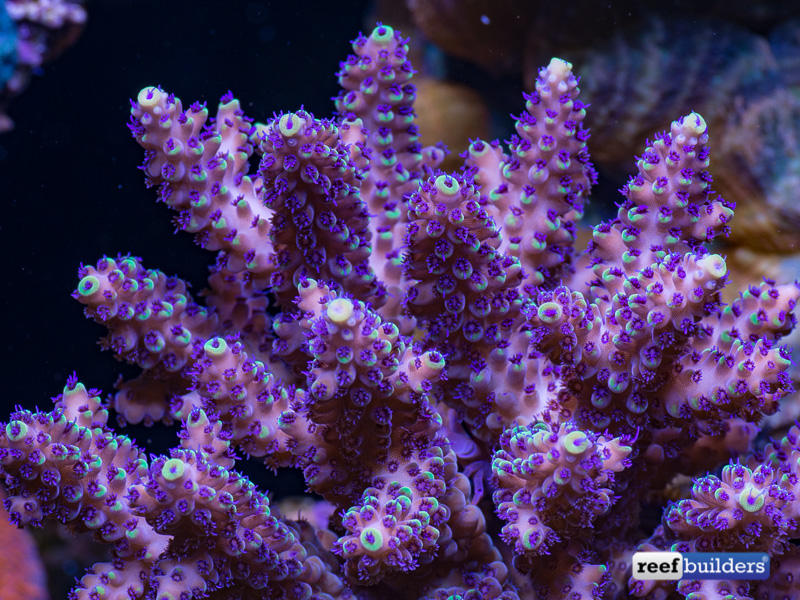 So what can you do with this new information that you can actually cycle a tank with corals? Working in retail we used to tell newbies to wait 30 days before putting corals in, and wait until you saw coralline algae growth before putting any stony corals, especially SPS, which could take up to six months!

If you want a full blown Reef Tank with a capital R loaded with live rock, inverts, lots of fish yeah you’ll definitely have a gradual process of adding to the tank and allowing the biological filter some time to build up to meet the bioload. But if you’re like me and are lazer-focused on keeping corals, you should feel free to add corals as soon as the temperature and salinity are at the right levels.

EcoReef Two was set up in about two hours, just a couple days before leaving the country for five weeks and it didn’t even occur to me that this tank needed to be traditionally cycled. Of course you don’t want to put box loads of freshly imported corals into a spanking new tank, and you should definitely use some common sense when starting a new aquarium, no reason to skimp on biological boosters like Prodibio or Biostart.

The reef aquarium hobby is full of times when you need to sit back and wait to let things happen and balance out. But there’s no good reason you can’t enjoy a few polyps pretty much from day one as you prepare the tank to be a suitable environment for the rest of the critters of the reef.