Soldierfish are very common and widespread marine fish in all oceans of the world and they include a number of very interesting and sometimes deep sea species. The most recent member, Alama’s Soldierfish was just described this year but rare fish procurers managed to capture a couple specimens of this wild looking fish for Blue Harbor in Japan.

What makes Alama’s Soldierfish so interesting is a greatly enlarged first dorsal fin which is the largest in this group of fish. Thankfully, Blue Harbor’s resident photographer Kengo Zeze managed to capture some incredible images of this  flashy new soldierfish showing this interesting in stunning new detail. 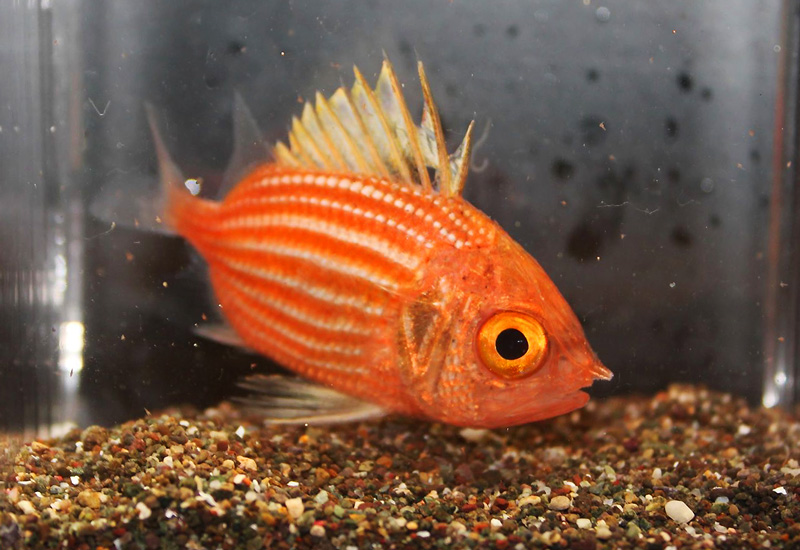 At barely two inches long at the time of capture, these juvenile specimens of Ostichthys alamai were caught in the deep waters of Japan with traps set at depths of 150 and 180 meters, or between 500 and 600 feet deep! At this small size the juveniles still display their nasal spines which they will mostly absorb as they grow larger.

We already knew that Alama’s Soldierfish had a very high dorsal fin but one thing which we can see for the first time in these living pictures is just how bright and semi-metallic the color of the dorsal fin appears. Perhaps this flashy dorsal pennant is use as a kind of signal between congeners but whatever it’s for, it really brings this fish to the top of our wish list of oddball fishes. 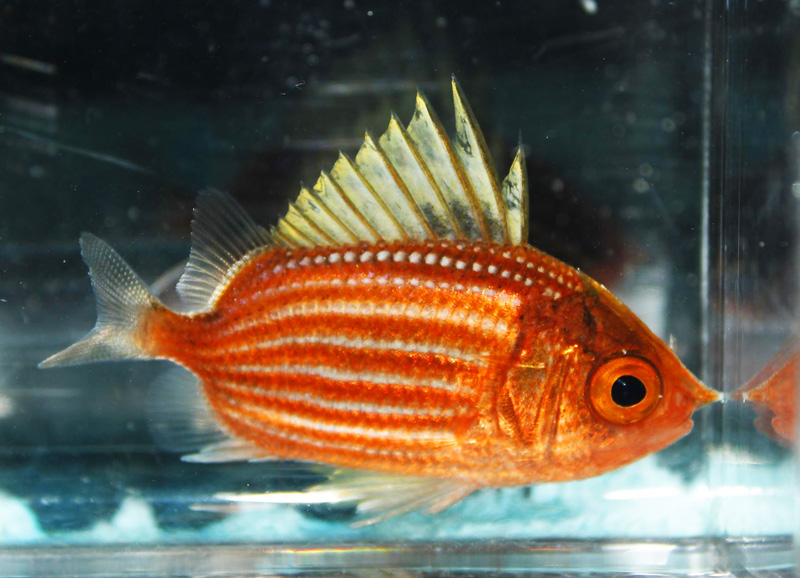