One of the coolest parts about traveling domestically and international is not just meeting new reefers, but discovering new coral strains we didn’t even know existed. The first of these corals that took my breath away while in Europe in 2005 was a ‘Purple Stylophora’ which once was exclusive to Europe and is now globally known as the Milka Stylo.

But a recent trip to Dubai and visit to see Spy’s Reef brought my attention to a coral strain I’d never seen before, a red Montipora hirsuta. This thin branching red Montipora is locally known as Spy’s Red Monti and it’s a coral that deserves to be an international favorite of SPS coral growers. 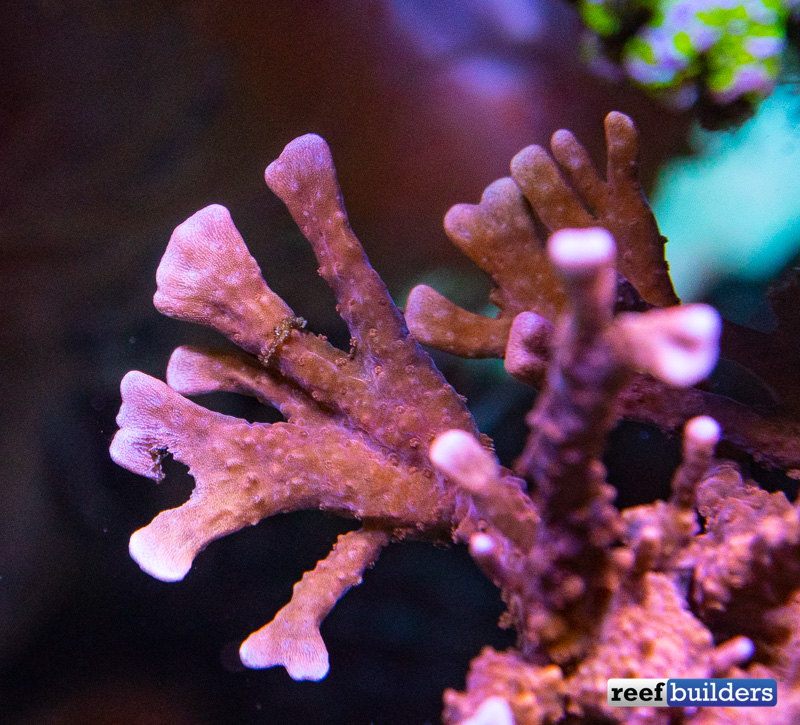 Red is one of the most desirable colors from aquarium corals and this is one of the reasons that Montiporas have always been popular. The first strains to put Montis on the map was red Montipora digitata which can be neon orange to pink, then it was all about that red Monti cap – I had an inkjet printed image of Sanjay’s red cap pinned to my wall as far back as 2001. 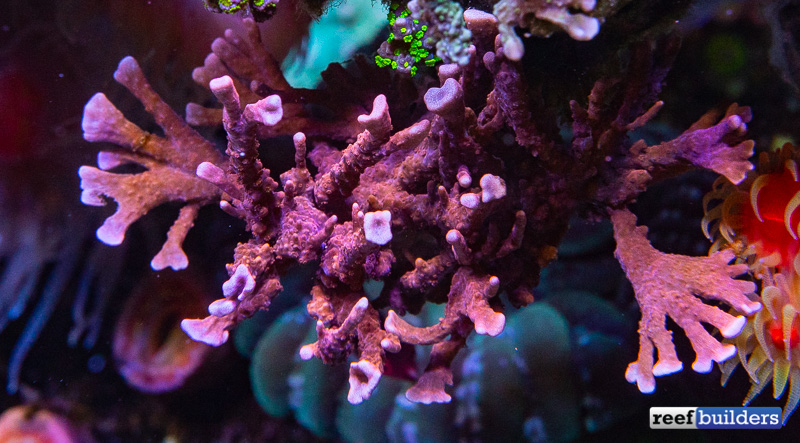 More recently red Montipora setosa has become the most sought after of the red Montipora and it is widely propagated both from Indonesian and Australian colonies. Spy’s red monti is much more branching than Setosa and while I only saw a few colonies in other tanks it does have the potential to be nearly as red as Setosa monti.

As a thin branching Montipora this coral strain grows very fast and should be very easy to propagate and grow in a wide variety of tanks. Simply knowing a coral can occur in various colors is part of the challenge in getting coral collectors and farmers to look out for it and put it into intensive culture, and this is what we hope will happen with red strains of Montipora hirsuta, and perhaps other strains and color combinations that we’re not even aware of yet.

May 22, 2018
Site Sponsors
Reef Builders is Supported by: