Extreme Low Tide At Bangka Island Exposes Corals To Air, And They Survive!

Extreme tidal variations happen each month during what is known as a spring tide. This tidal phase happens twice each lunar month and the big swing in tidal heights occurs closes to the new moon. The second spring tide phase occurs around the full moon.
During the most extreme days, some shallow coral reefs can be exposed to air during the lowest low tide. During this period corals are vulnerable but they have adapted to this environment and can survive life above the waves.
These low tide event exposing coral in Bangka Island, Sulawesi are any tide below 0m. These pictuwerehere taken one hour after low tide June 15th which was noted as -0.2m.

Once the tide comes back in the corals are close to the surface and can soak up all the suns rays needed for photosynthesis. Because of the constant shift in tides, these areas are also subjected to waves, and constant flow as the water moves up and down over the reef.
This helps to ensure a decrease in water temperature during transition phases which cools down the coral’s internal engine, rather than pushing them into overdrive where they would be susceptible to expelling their photosynthetic symbionts, resulting in coral bleaching. 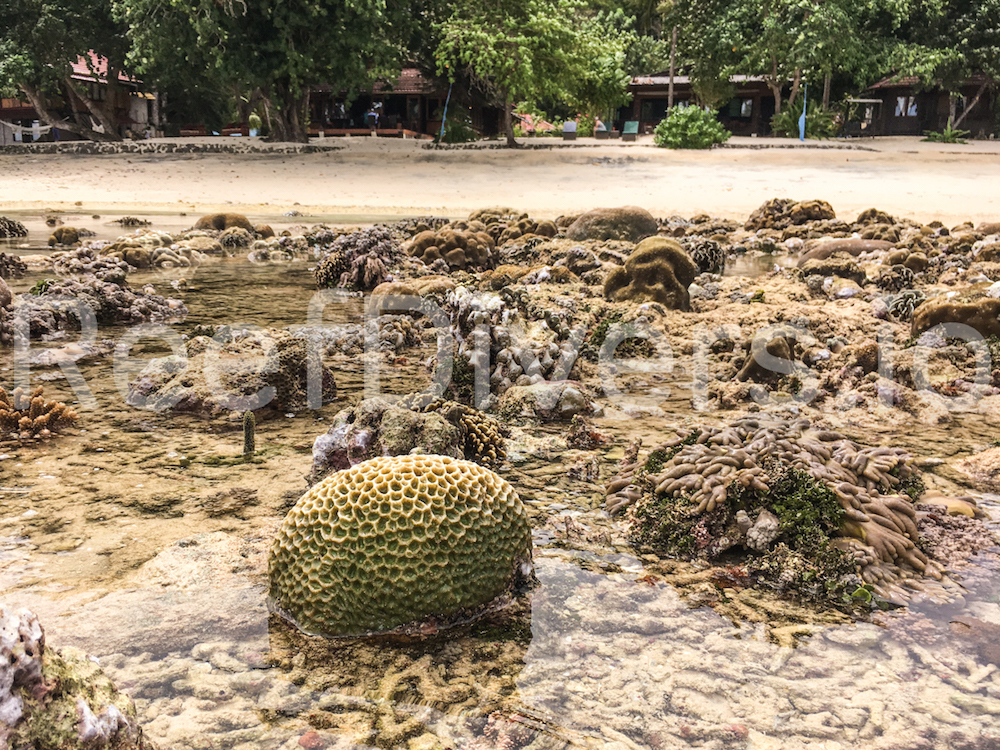 During these low tide phases, it’s not only the beating sun rays the corals have to worry about but also the wind, and any freshwater coming from rain. As the tide gets lower the corals start to produce a mucus layer to protect themselves. The polyp will retract inside the skeleton and the mucus covers the coral.
Is there is wind this could dry out the mucus layer, and if there is rain it could also wash away the mucus. This could lead to a greater stress on the corals and could result in them dying during these low tides. 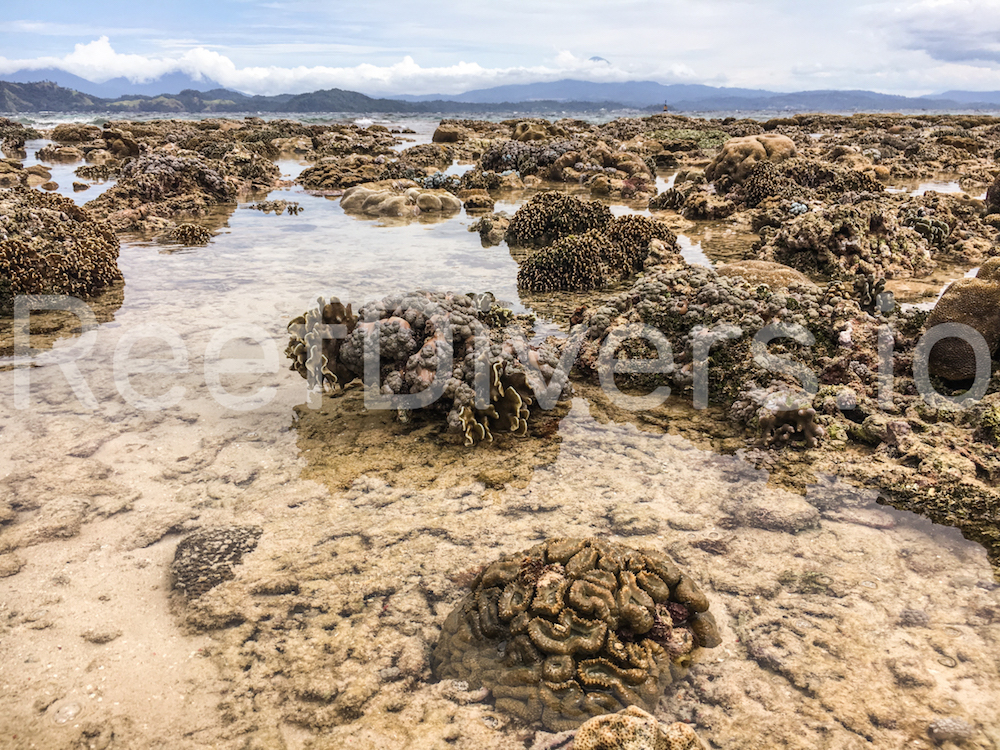 For those coral nerds out there, I found this interesting paper, about the role of the mucus (dimethylsulfoniopropionate) produced by corals at low tide and how it enhances coral tolerance to oxidative stress during exposed air periods.
You can see some of the massive corals on this reef have dead patches on top from constantly being exposed at low tide. The slower growing massive corals aren’t able to keep up with this monthly stress and the highest points of the coral are dead. 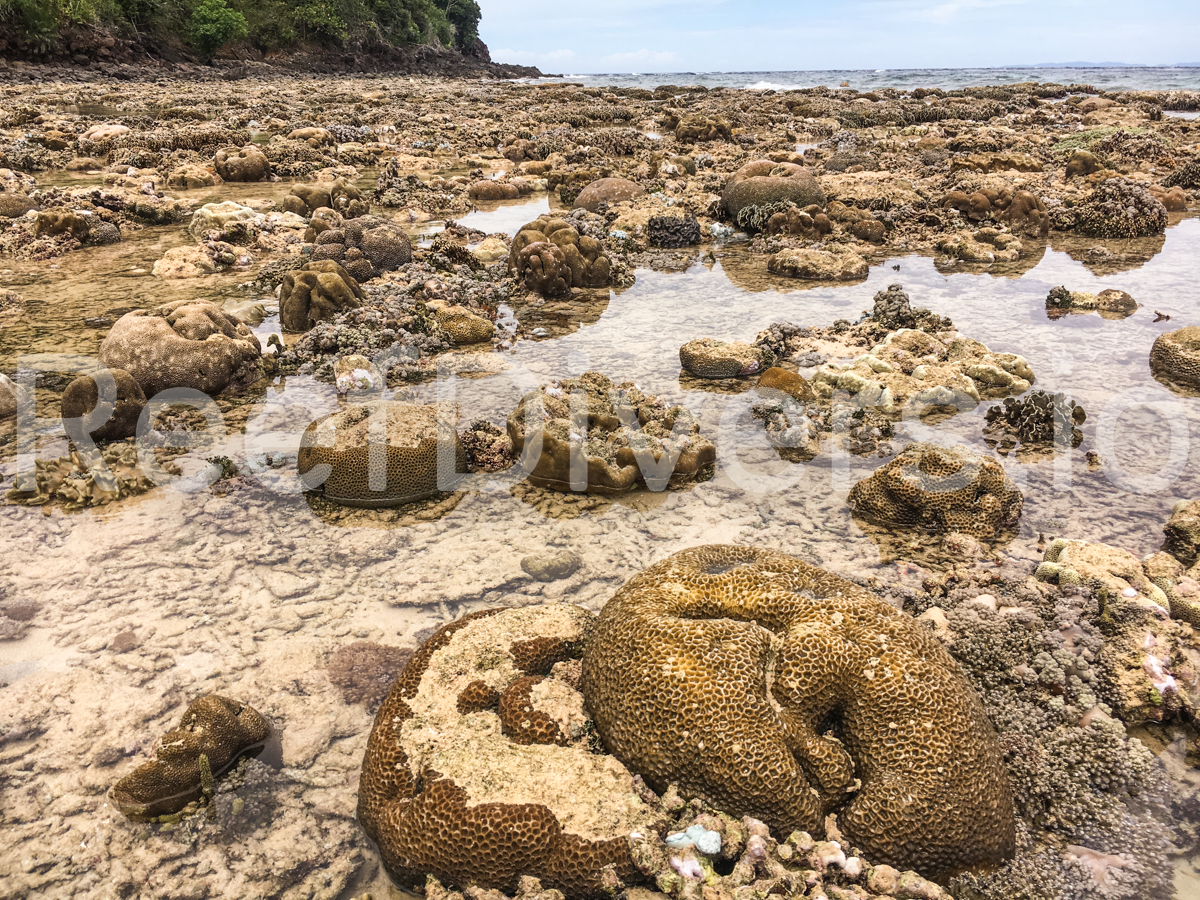 The faster growing Acroporas don’t seem to mind whatsoever, and there are several big colonies where the upper half is exposed up to two hours during low tide. These faster-growing corals are able to regrow any branches which might get killed during a low tide even with increases stress of wind and rain. 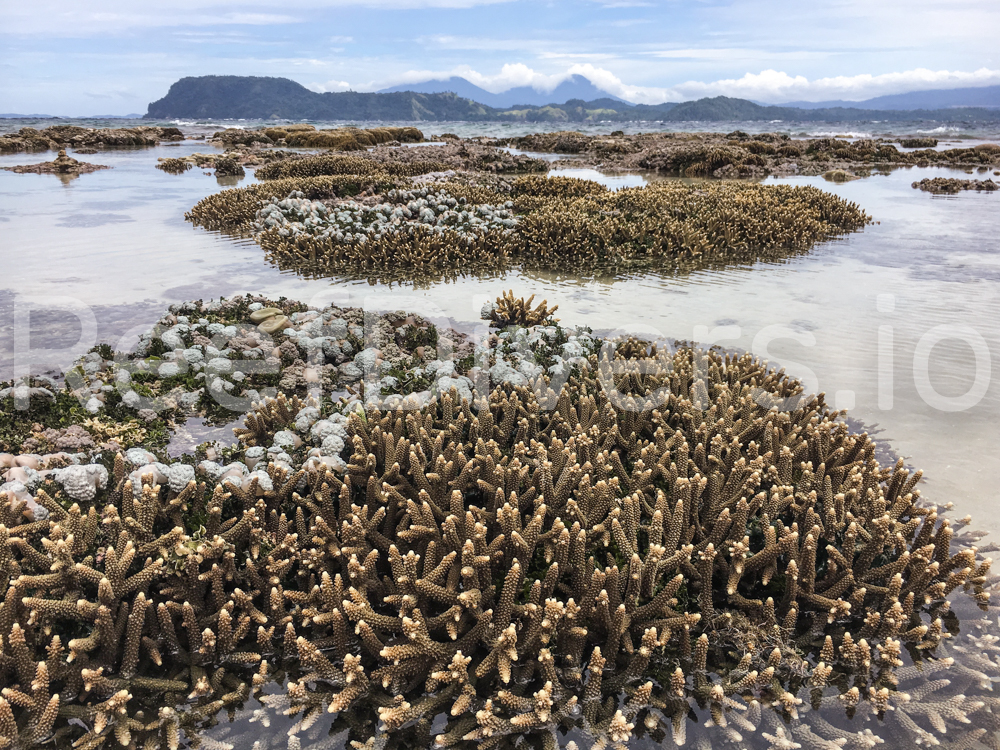 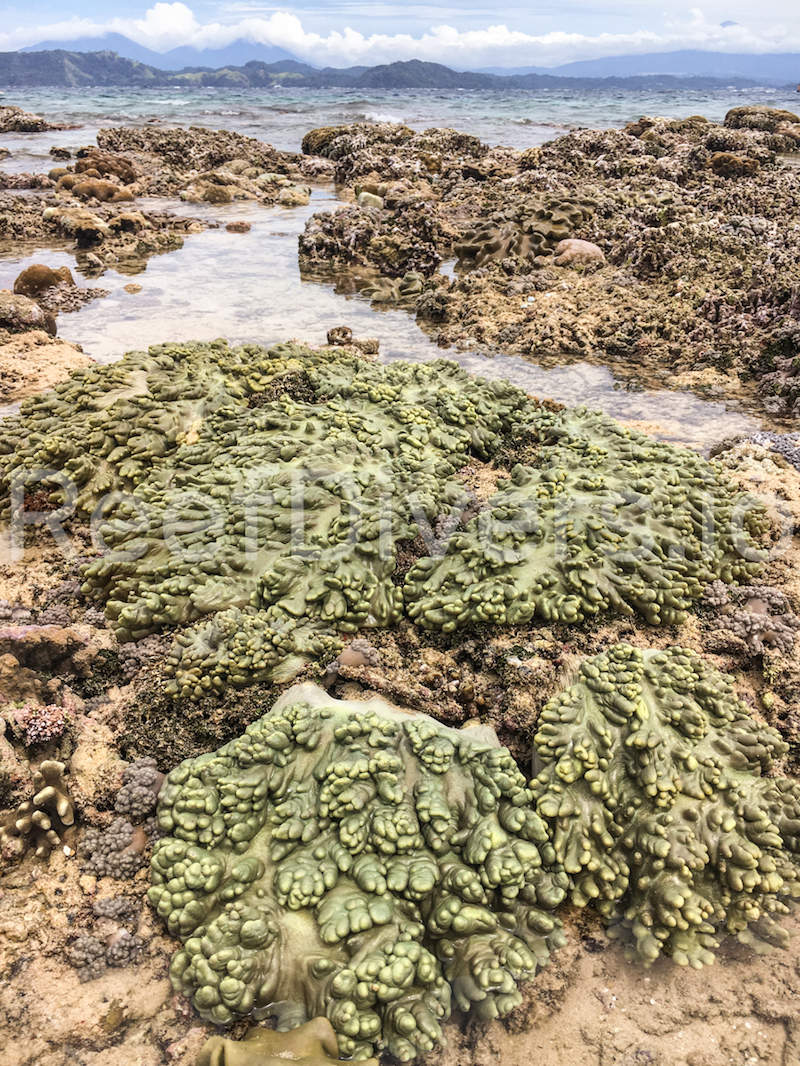 The soft leather corals simply deflate and slump over, while other soft corals like Xenia close up their polyps leaving little grey mushrooms between different coral colonies. We even found a few small clams, tucked between rocks, however none that were completely exposed to the air.
Corals are resilient animals, which can adapt to this extreme environments. It’s only when the changes happen too quickly when they are exposed to these extremes for a very long period of time they become stressed and die.
If you are planning a trip to the Murex Hotel on Bangka Island, see if you will be heading there around a new or full moon, and if so make sure to take a walk to the intertidal zone at low tide, for a coral spotting adventure without getting your hands wet! 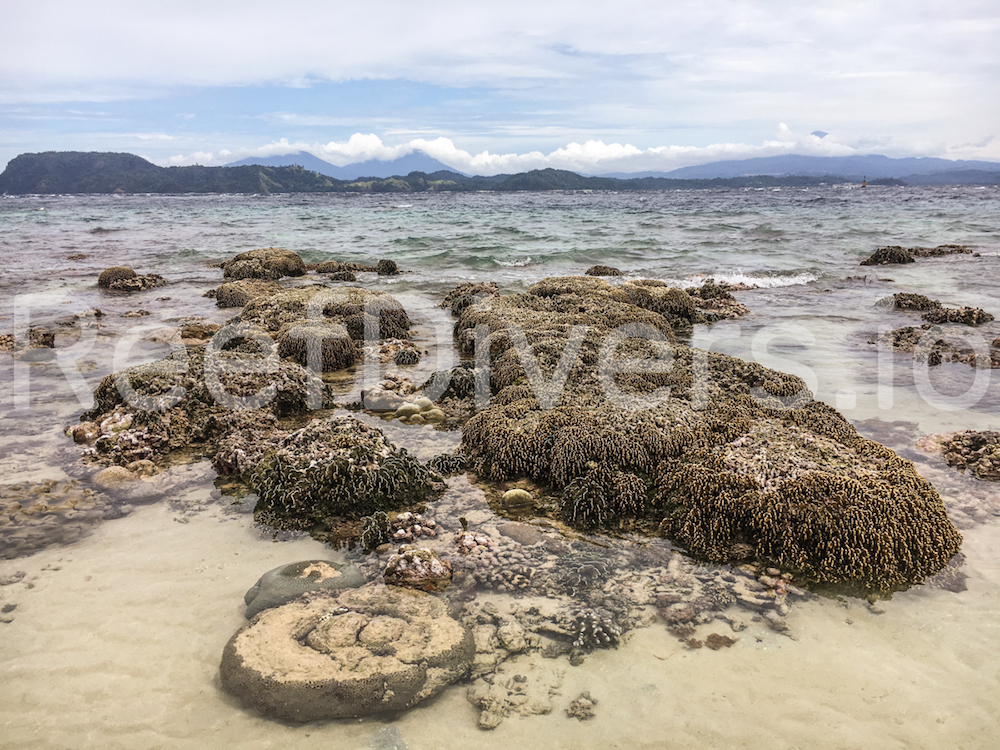 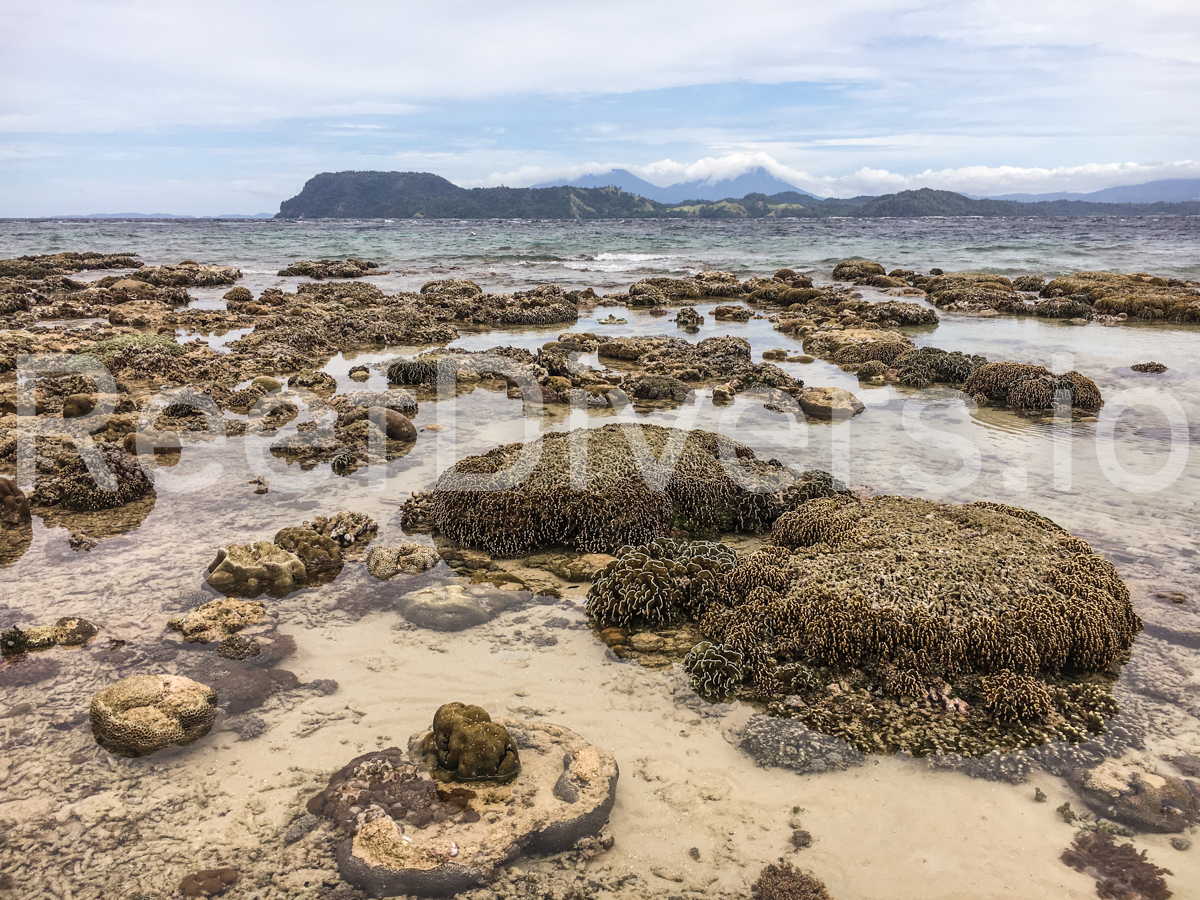 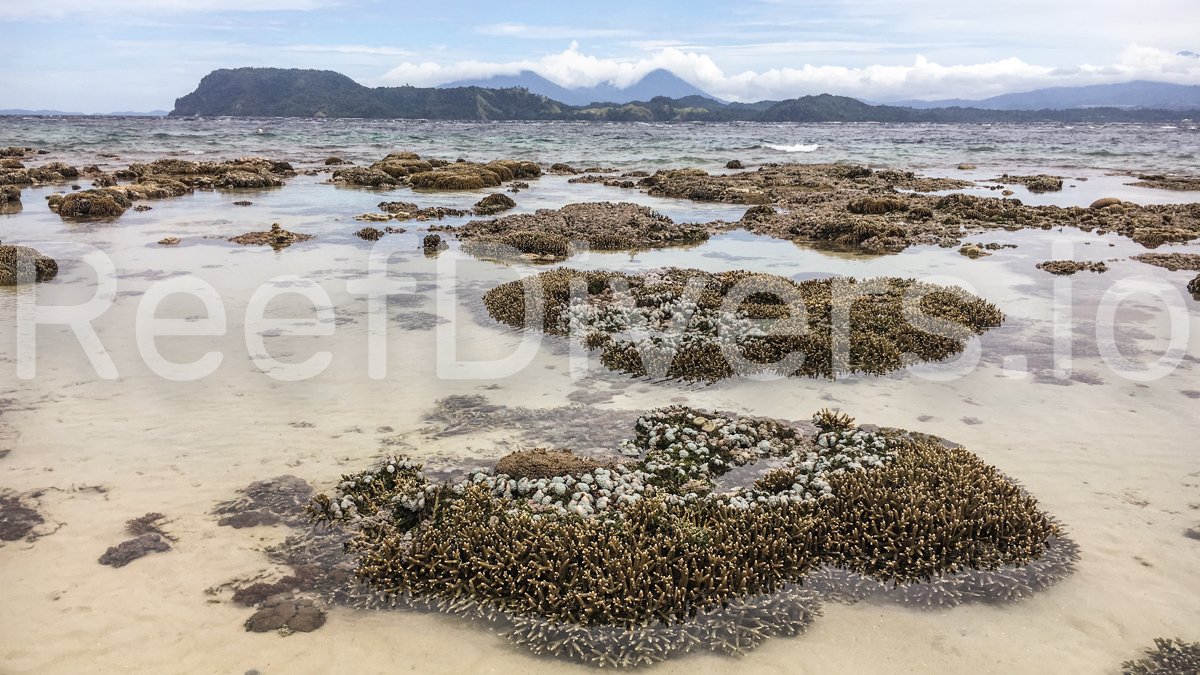 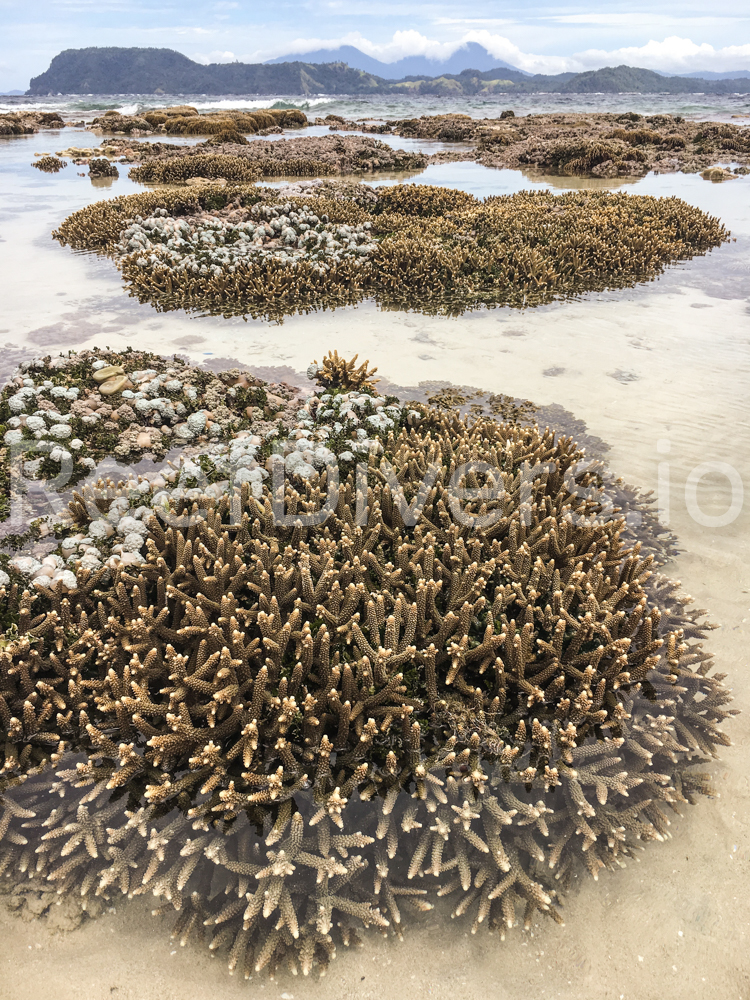 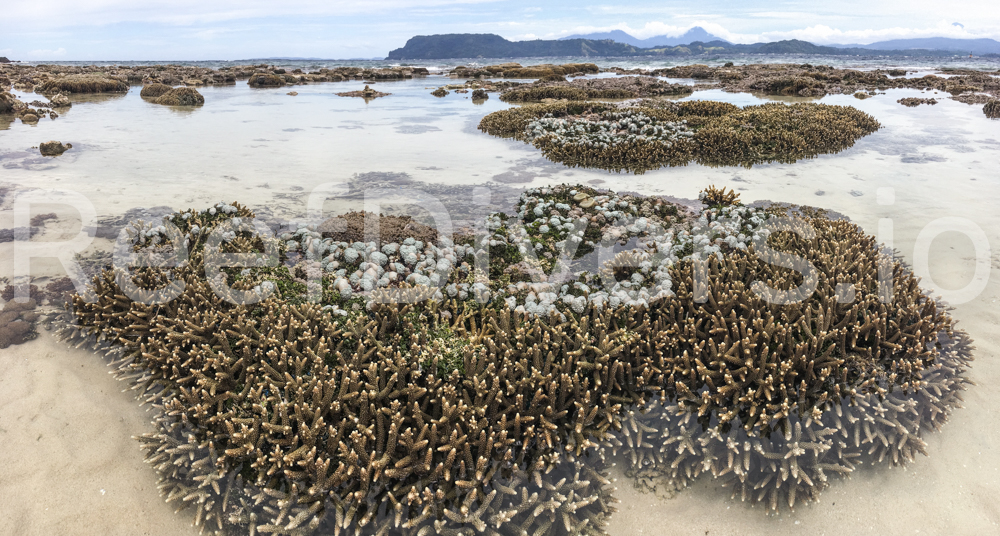