Aquashella is Bringing an Aquarium Festival to Chicago!

It might seem like there’s a never ending parade of new reef shows popping up in America on a frequent basis but AquaShella will not be a ‘regular’ reef show. Spearheaded by George Mavrakis better known as CoralFish12g, AquaShella is kicking off their inaugural conference in Chicago this summer, August 18 & 19, 2018.

Featuring 80 different companies, AquaShella is a much-needed crossover reef show which will consist of an even mix of both freshwater and saltwater aquarium vendors. Instead of featuring coral speakers and presentation, the talent will be in the form of several different coral art installations by ReefWeeds, Justin Credable and more. 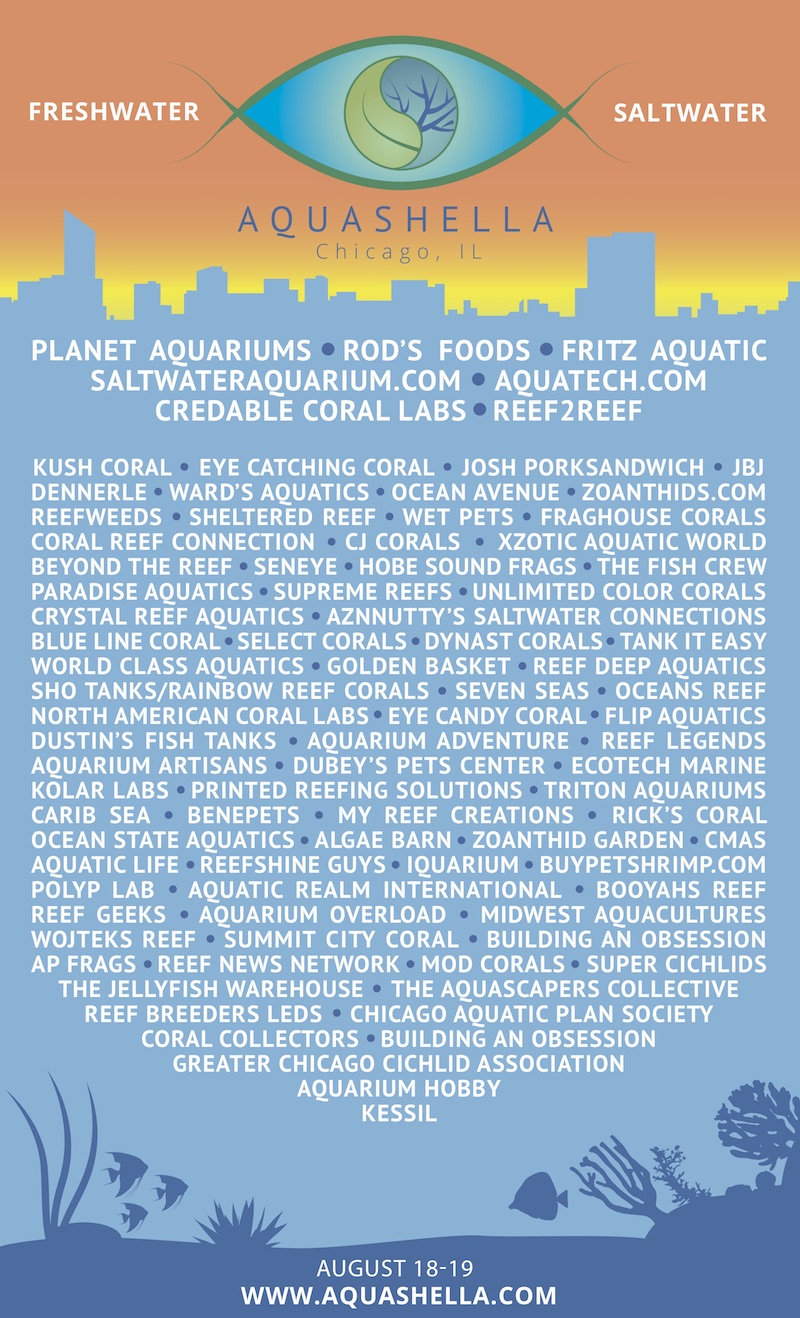 This affordable reef show is fun for the whole family, and quite affordable too with day passes costing just $15 including a pair of UV glasses, and there’s a special VIP weekend pass for $75 which offers special early access – and first pick – to all the corals (or plants & shrimp) that you might have your heart set on.

It’s awesome to see that the aquarium hobby in America is so prosperous in general that we have room for a new kind of aquarium event like AquaShella, and the crossover factor is a very big deal. There’s a lot that fresh and reef aquarists can learn from each other and attendees of AquaShella are sure to have a great time. If you’re going to be in the Chicago area in mid August definitely consider visiting the first ever AquaShella, for more information visit the official website.

This Remix Lord Coral will be at ReefStock Australia