There’s no question that the (relatively) newly described Gramma dejongi is one of the most exciting and beautiful reef fish discovered in the last decade. We’ve waxed poetic about every detail of this fish, seeing it for the first time, the hybrids, captive breeding etc.

Just when we thought there wasn’t much left to share about this fish, Dr. Bruce Carlson up and goes to Cuba and brings us face to face with the dejongi gramma in the wild. This is perhaps the first, and certainly the best account of Gramma dejongi in its native range of Cuba. 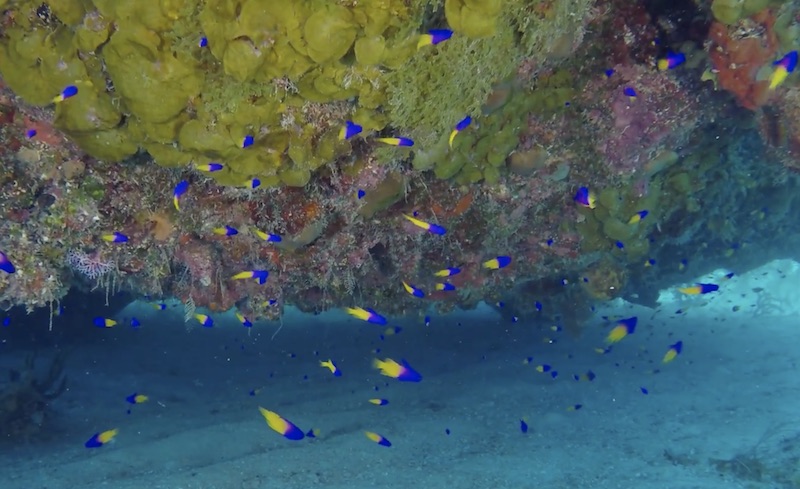 The most tantalizing tidbits of Marj and Bruce Carlson’s encounter with G. dejongi is the habitat in which their sightings were made, and especially the depth. The dejongi gramma was neither found in the shallows nor in the depths with the black cap gramma, but at a proper intermediate depth of around 55 feet.

Even more surprising is that the habitat where they found it was often cloudy with so many common Gramma loreto that it was outnumbered hundreds to one. The short in-situ video even includes one sighting of a clear hybrid of dejong’s and the royal gramma in the form of a solid yellow fish with a distinct purple cap on its head.