Pavona duerdeni is your Weird Coral of the Week

Pavona duerdeni is one of those weirdo corals you can only find while scuba diving. The extra large size and drab gray color aren’t ideal for growing in aquariums, but on the reef, these tombstone shaped colonies draw you in like a magnet.

Pavona corals have distinct septocoastae ridges growing between each corallite, which create a star shaped pattern on the coral. And although this particular species is not available to hobbyists, other species of Pavona such as Pavona cactus are quite common and also feature this star shaped surface texture. 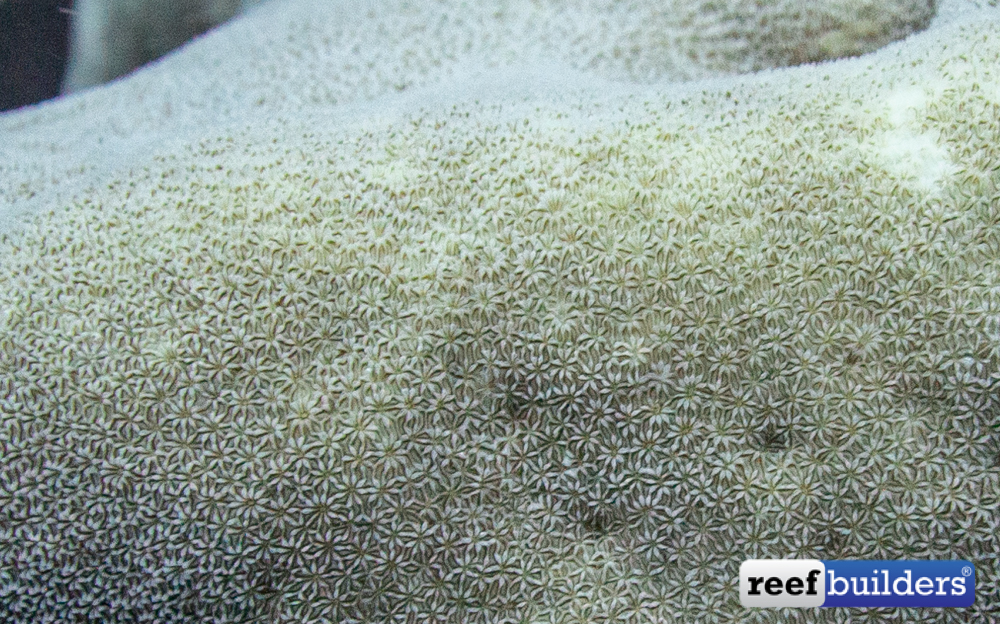 Colonies of Pavona duerdeni form thick blades, and it is sometimes referred to as the pork chop coral. This coral has a very thick skeleton and we found these colonies growing between two islands in an area of high tidal fluctuation.

At times the water around these colonies can be quite murky and experiences high flow. And, as the tides move in and out of the channel, it stirs up the bottom and the corals can feed on organic particle suspended in the water. 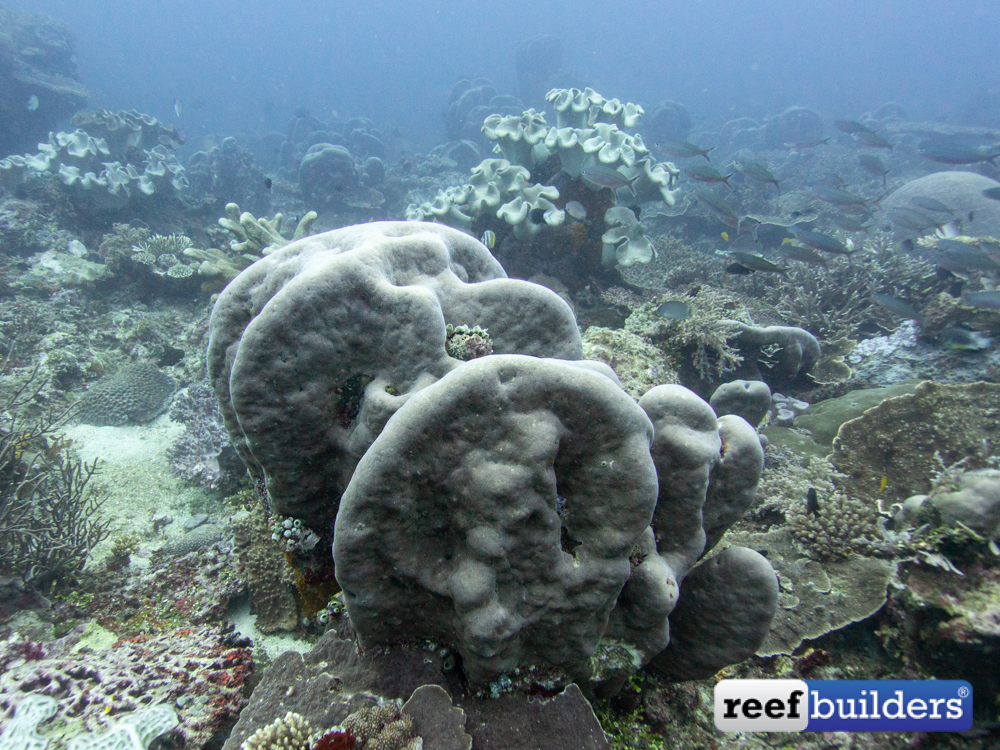 When we arrived in Rao, this was the first coral we were asked to identify, as the towering tombstones had always intrigued the resort owners. We spotted this coral while diving around the island of Rao in Northern Maluku Province Indonesia, between 30 and 50 feet, (10 and 15m) deep.