Silky Sharks – Gardens of the Queen

Picture this, your dive boat approaches a buoy where shallow turquoise reef drops off to meet deep dark azure blue. The captain turns off the engine and ties up. Within seconds, sleek gray shadows appear circling beneath the hull.
There is no baiting to attract these apex predators, just a healthy population coming to check us out. These sharks are living in one of Cuba’s largest and oldest protected areas, Gardens of the Queen a time capsule glimpse of a thriving Caribbean reef. 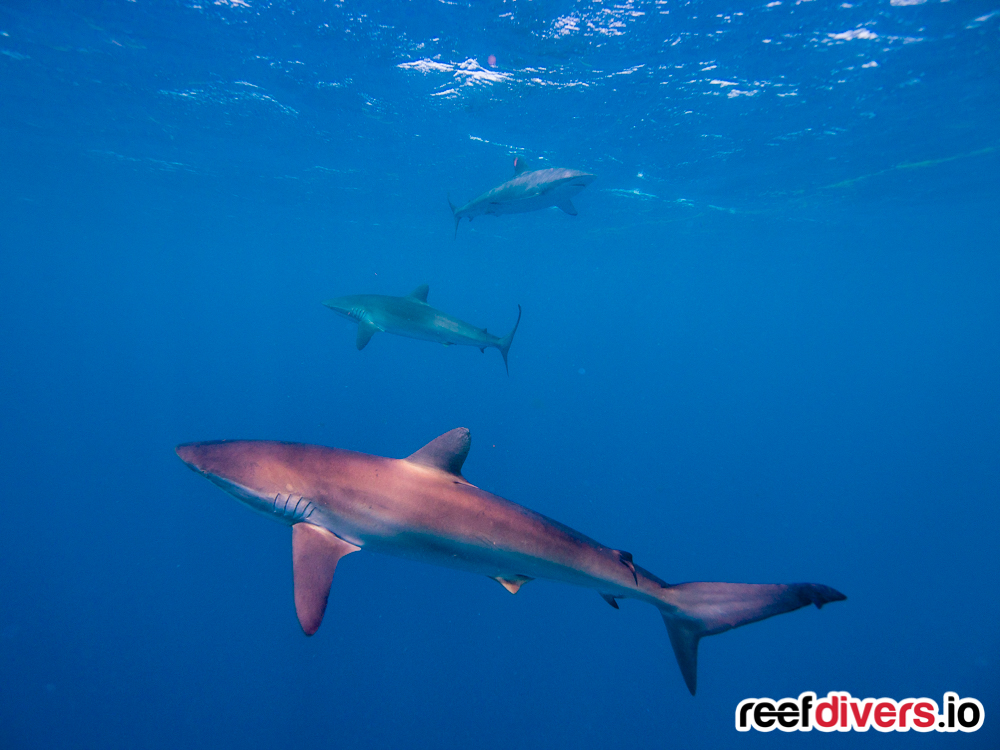 I would be lying to I didn’t admit to being a bit apprehensive, I’m about to jump into the shark pit! After suiting up, and a few more shadows lurking below, our guide Eduardo tosses his gear in the water and exclaims: “Ok guys, vamonos! Let’s go diving!”
This is one of the first times I’ve entered the water with so many sharks, but Eduardo assured us it will be fine. With adrenaline coursing through my veins in we go! I knew it would be fine… but it’s normal to have some hesitation, I’ve seen shark underwater but never as close and plentiful as this.
https://www.facebook.com/reefdivers.io/videos/710923215908327/
One of the biggest reasons I had yet to dive with so many sharks is sadly shark like these are disappearing quickly from our oceans. Cuba’s population is thanks to decades of strict protection in the Park since 1996.
Silky sharks roam the world throughout the tropics, inhabiting the pelagic oceanic zone. Because of this, Silky sharks are particularly vulnerable to being caught as longline bycatch. In fact, the Silky shark is the second-most common shark caught as bycatch, next to the blue shark, overall.
There are very few places left where you find such healthy shark populations as you do in the Gardens of the Queen archipelago along the Southern coast of Cuba, known as Jardines de la Reina in Spanish.
Once a feared predator, sharks have been given a terrifying reputation and it was easy to look past their dwindling stocks. However, thanks to fearless scuba explorers, we know that sharks are calm, so long as divers stay their distance, stay calm and relaxed. 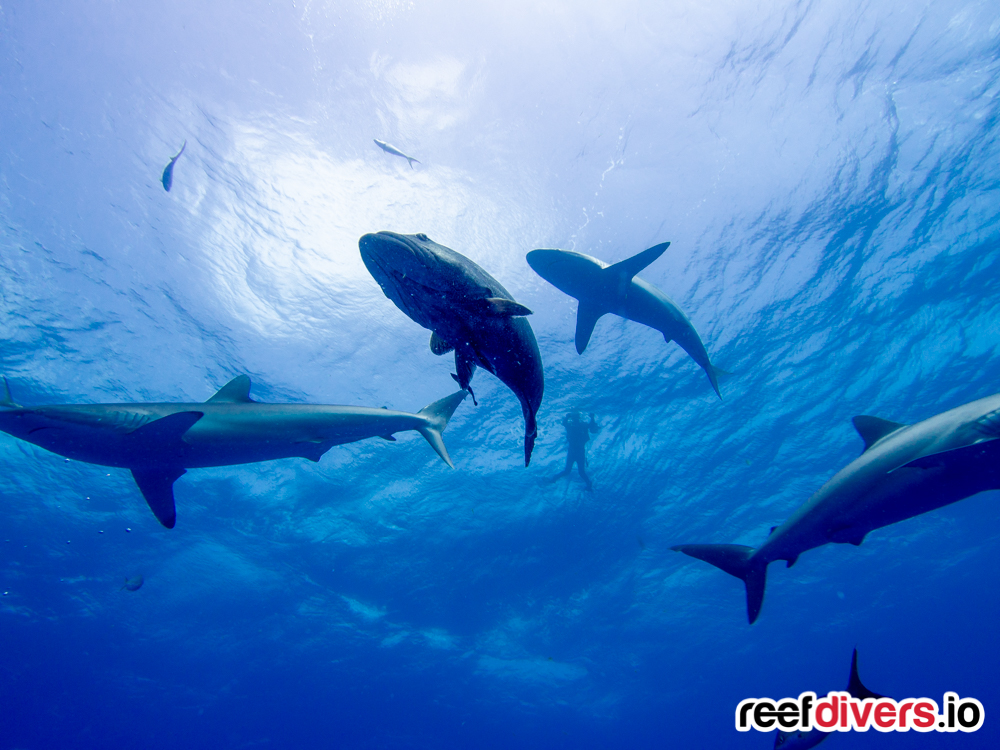 It was quite the mesmerizing experience to sink a meter below the surface and put yourself in the center of the action. We lingered for a few minutes suspended below the surface before making our descent to the reef.
Silky sharks stick to the upper pelagic water and below you start to encounter Caribbean reef shark. Your first clue, to know which shark you’ve spotted, is by looking at their habitat, silky sharks stay above in the blue pelagic zone, while stockier Caribbean reef sharks circle below.
The silky shark also has a more slender, streamlined body and pointed head and typically grows to a length of 2.5 m (8 ft 2 in). It is a deep, metallic bronze-gray above and white below. The reef shark has a slightly rounded head and gray color above.

The sharks here are protected by law and the Gardens of the Queen park set an example for what other Caribbean reefs could look like. Sharks are an indicator of a thriving reef, and there wasn’t a single dive without any shark encounters. If this park was opened to fishing it wouldn’t take much to decimate the entire shark population.
When you are ready to take the plunge and let go of any fear you have about being in the water with sharks, the experience becomes hypnotic. We went diving with Avalon liveaboard, for silky shark diving!
See also  A Multilevel Display for Shrooms, Chalices and Anemones [Video]

Getting Started with a Retail Rack System from Mode Aquariums [Video]

What It's Like To Be A Reefer In Saskatchewan Canada