For decades the red blotched fairy wrasse, Cirrhilabrus sanguineus, has been a holy grail of wrasse collectors and pretty much known only from books and pictures. The earlier this year expert deep diving fish collector Tim Bennett shocked the world by hauling up an assortment of these along with the fabled Debelius angelfish.

Only about a couple dozen were caught and the global demand pulled these elusive to all corners of the globe, and only two pairs were brought into the U.S. by TSM Corals. One of these pairs consisted of two juvenile specimens with immature coloration and no hint of their future glory. 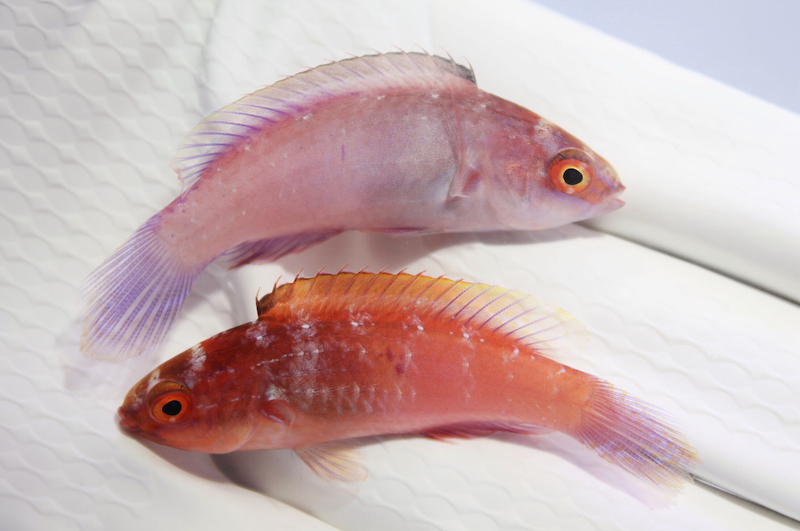 But the larger pair included two nice sized adults  with the male displaying its namesake red blotched side and curious yellow saddle. Even in this fully developed state the male red blotched fairy wrasse is unlike anything we’ve ever seen before, and we can’t even imagine how it looks when is settled into aquarium life and wooing the female with nightly nuptial coloration courtship displays.

We hope these pairs live long healthy colorful lives because they were likely some of the most expensive reef wrasses ever sold. Big thanks to TSM Corals for sharing these wonderful photographs of Cirrhilabrus sanguineus because we are not likely to see them again in the aquarium world for a really long time 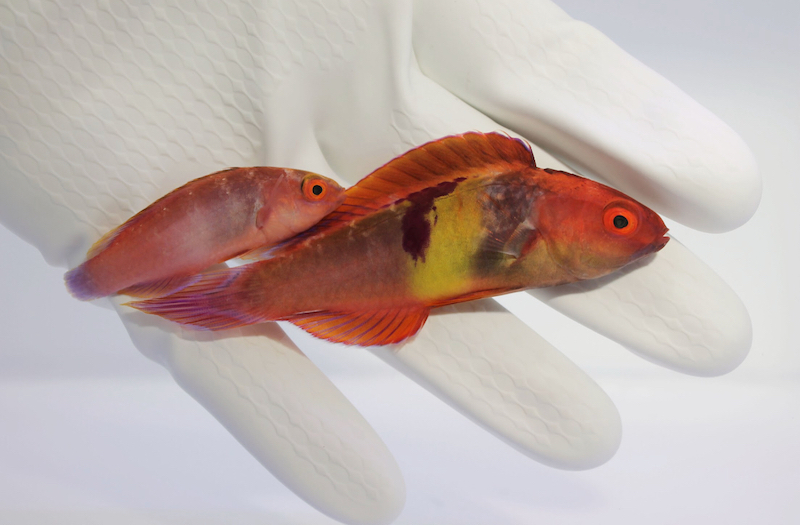