The Aqamai KPM is the newest and larger model of Hydor’s wirelessly controllable brand of water pumps. We already love the teeny tiny feature set of the Aqamai KPS which is the smallest controllable propeller pump for the aquarium hobby, and the KPM is its new, bigger brother. 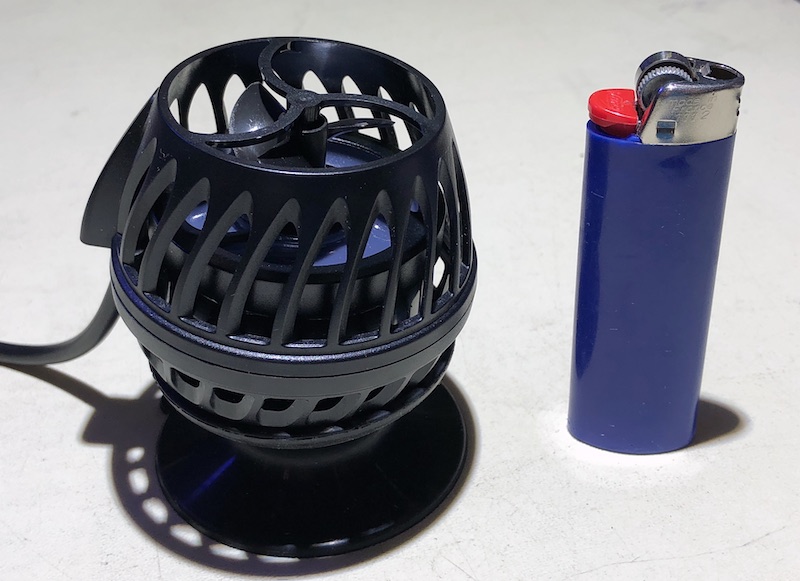 The Aqamai KPM has very similar hardware and control features as the smaller KPS, with the only actual difference is the size and power of the KPM. This medium sized propeller pump is just over 2.5 inches tall with an adjustable flow rate from 1150 to 2700 gallons per hour, while consuming between 12 and 25 watts. 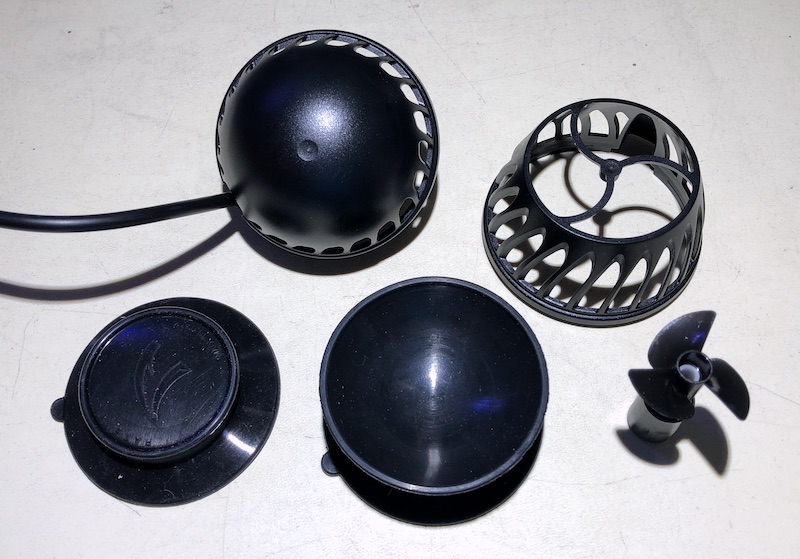 Like the KPS and the Gen 3 Korallia, the pump is egg-shaped with a spherical base that affords about sixty degrees of tilt angle in any direction. Furthermore, the dual magnet mount system isolates what little vibration this pump might generate for incredibly quiet operation. 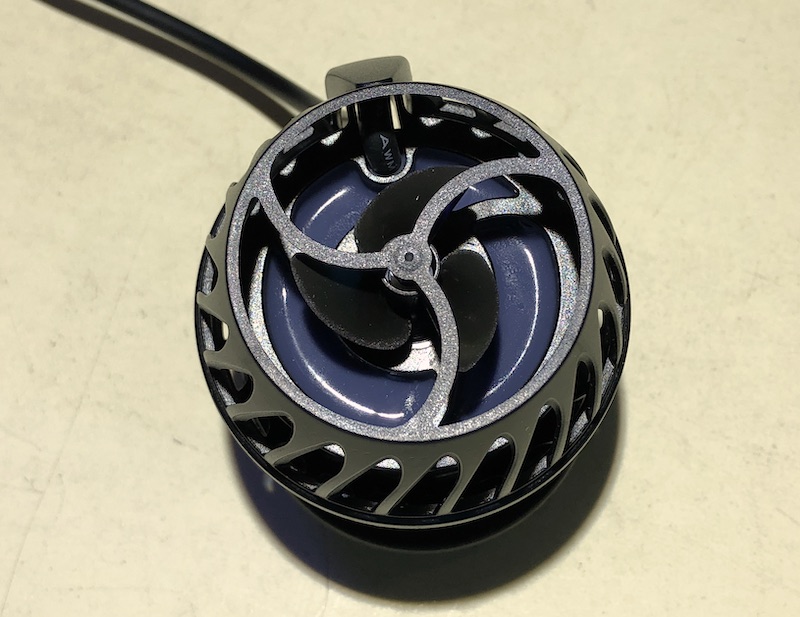 We’ve been using the Aqamai KPM as a supplemental water flow pump for one of the coral flats at the Reef Builders Studio and love its classic ‘Korallia’ style flow pattern. Where the Vortech creates a well defined plume of water flow, and the Nero 5 creates a wide cylinder of water movement, the Aqamai KPS doesn’t create too much thrust but instead produces a very wide & gentle omnidirectional current that is preferred by soft corals, shrooms and LPS corals. This kind of flow is very suitable for medium energy reef tanks up to three feet long for a single pump, and a pair should turn over the water very well for four foot tanks. 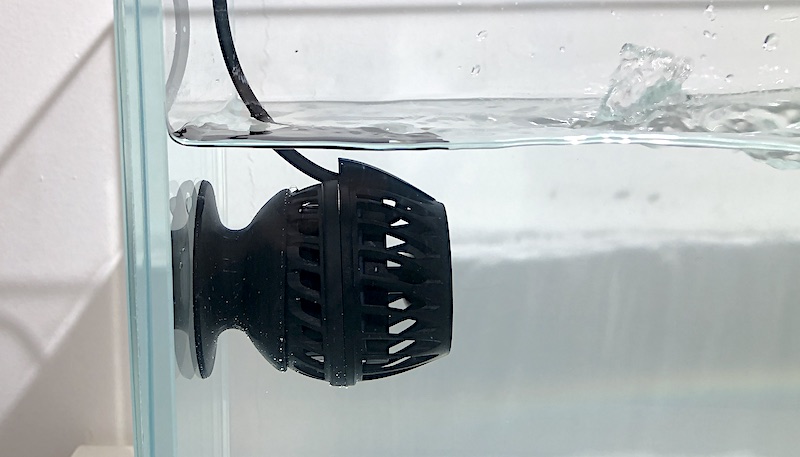 The actual performance of the pump is precisely what we’d hope for in a pump that retails for $179 and like many newer controllable DC propeller pumps, the Aqamai KPM moves much more water than its compact size seems like it could produce. One of the ways that Hydor keeps the cost down is using a direct wifi connection to the pump which is great for occasional programming, but you have to connect to it directly with your phone every time. This is not quite as seamless and swanky as pumps using cloud connectivity or Bluetooth LE, but the vast majority of the time the pump will just run with the programming you selected anyway.

It’s really quite remarkable how much value and performance Hydor has crammed into both their Aqamai controllable pumps, and how small and versatile they both are. The medium sized KPM is a great option for three to four foot aquariums where you can get not one but two pumps for $350 while creating suitable water flow in the entire aquarium and still having some money left over for pretty corals to enjoy it. 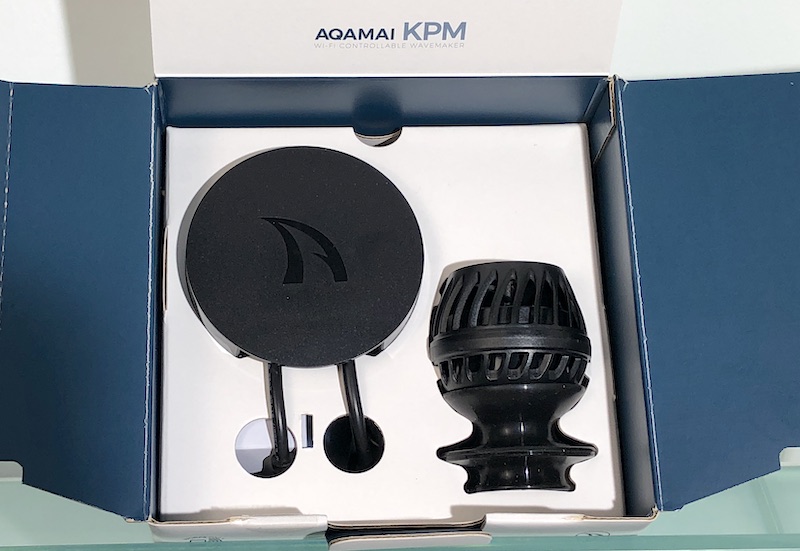