Heliopora hiberniana is the first new species of blue ridge coral to be described in over two hundred and fifty years! Originally described by Palais in 1766, Heliopora coerulea, also known as Blue Ridge coral is a super common, widespread and distinctive coral.

Despite its solid, calcareous branching shape the blue ridge coral is not in fact a true Scleractinia ‘stony coral’ but is part of an ancient lineage of soft coral which is unique in building a solid internal skeleton. Further making Heliopora unmistakable is the blue skeleton which give blue ridge corals its name, but now we’ve got brand new species that sometimes has a white skeleton.

It’s been known for quite some time that there is a great variability in the growth forms and spawning habits of Heliopora across the Indo-Pacific Ocean. While some molecular analysis has shown a degree of phylogenetic separation between some of these forms, the recent paper by Richards et. al. is the first to describe the new species of Heliopora hiberniana based on both morphology and DNA.

Discovered on Hibernia Reef in northwest Australia, one ‘smoking gun’ characteristic of Heliopora hibeniana is that many of the samples collected show a white skeleton instead of the tell-tale blue, although some colonies displayed an intermediate blueish white skeleton. Furthermore H. hiberniana also has a more open slender growth form and is clearly distinctive from the more common wide branched Heliopora coerulea when they are seen growing on the same reef.

This is is a super exciting new development to learn that there are in fact other species of living blue ridge coral, as several extinct species had been described from fossil material. While Heliopora hiberniana is the first new living blue ridge coral to be described in 250 years, since it was only recognized growing on a handful of reefs in northwest australia we are holding out hope that many others of this unique family of solid soft corals will be revealed from other locales in the future. [Nature] 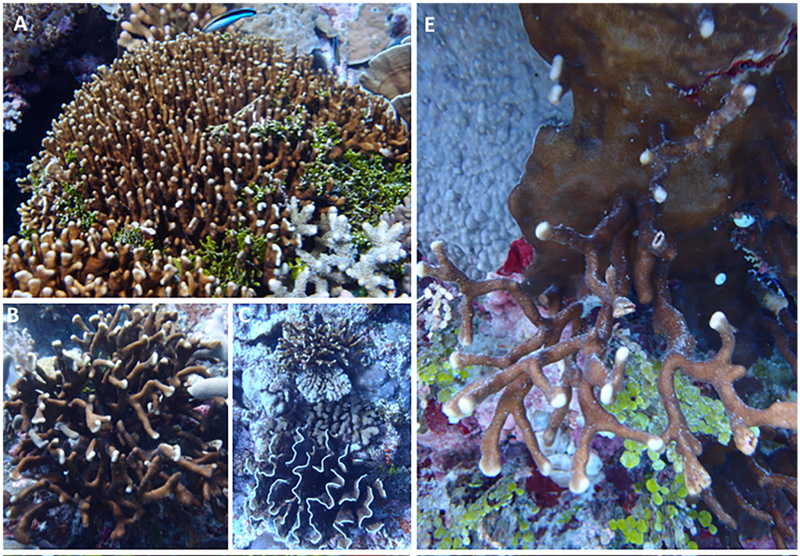