The last month has been crazy with many peoples now involved with the mass spawning of corals, especially on the Great Barrier Reef. Most people concentrated their efforts with Acropora species, being the most affected by coral bleaching, which has made headlines in the past couple years.

Ultra Coral Australia, through its managing director Nic Dos Santos, decided to be proactive and lead this industry in the right direction. Few years ago, they decided to create a research department (UCA Research) in their own facility and started studying sexual reproduction of the most valuable species for our industry, where almost no biological data are available.

UCA Research is made up of marine biologists (UCA staff, interns, student volunteers) under the supervision of Dr. Ciemon Caballes, who is also an adjunct research fellow at the ARC Centre of Excellence for Coral Reef Studies in James Cook University.

Few weeks ago, just before the October full moon, they secured some mature Micromussa lordhowensis, which are highly sought-after and the most exported individual species of corals in Central Queesland. Broodstock colonies were acclimated in their spawning system. 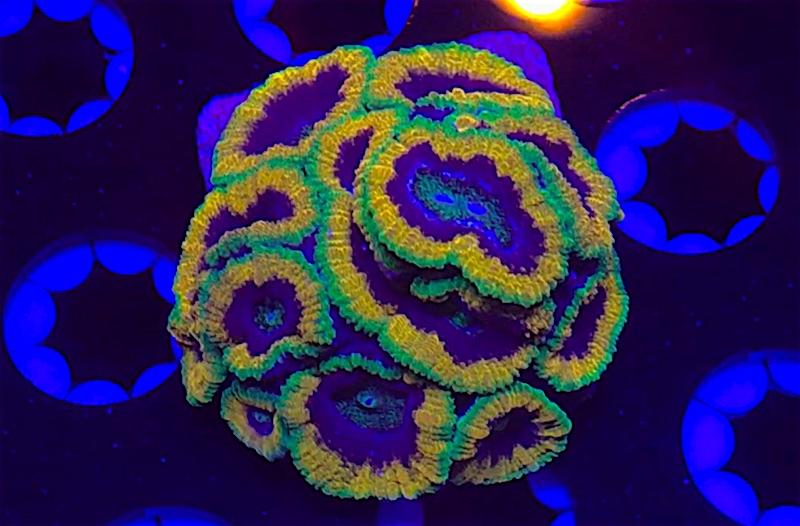 The Micro Lord is a broadcast spawner, releasing bundles of eggs and sperm. The spawning happened 8 days after the October full moon, 3 hours after sunset. Huge, positively buoyant gamete bundles were collected and cross-fertilized. Larvae were given coralline algae encrusted plugs and other substrates in their larval rearing system to settle on, and quite a few of them were successful.

They achieved over 50% settlement rate, which is relatively high, considering the millions of larvae these corals are able to produce, and much higher than what would be achieved in the ocean, which is estimated at around 3% only. It usually takes up to 10 days after fertilization for the larvae to settle and metamorphose into a coral polyp. Once the larvae settled, they were placed in a system with many mature colonies so they can acquire zooxanthellae symbionts and accelerate their growth. 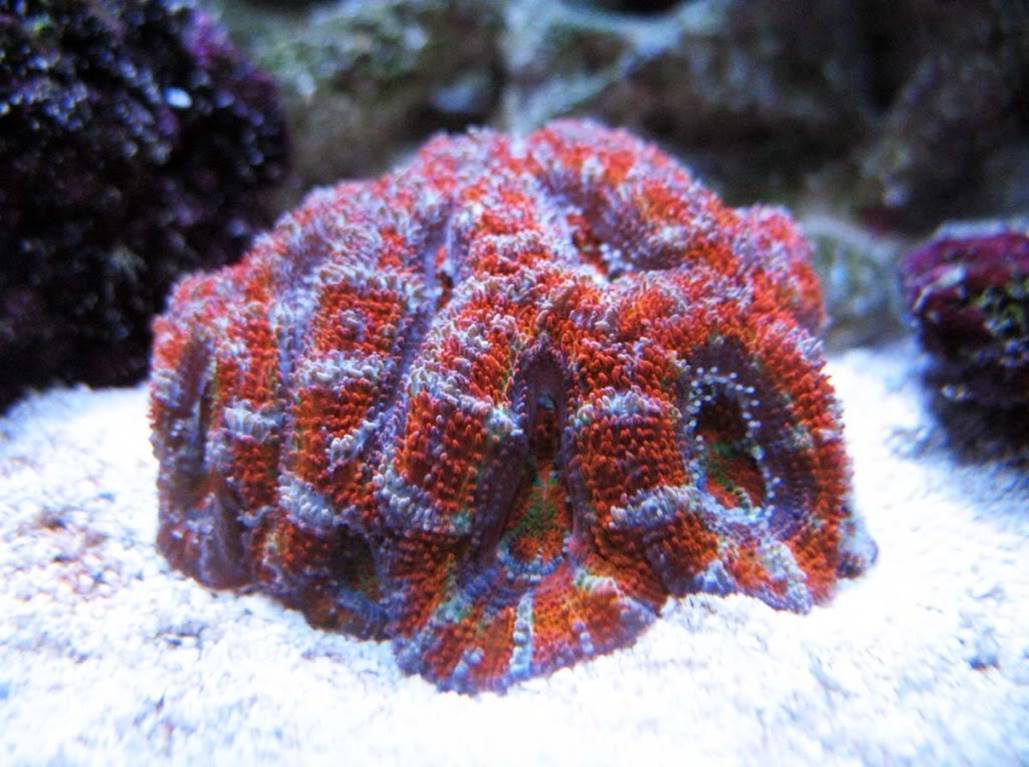 Ultra Coral Australia is currently studying the settlement preferences of this species, and will publish their results in the near future. It will take a few years before these become available for sale, but they demonstrated that sexual reproduction of corals, even LPS, has the potential to be an economically viable alternative for the industry.