Saltwater fish are among some of the most colorful creatures we can keep as pets but as many species as we have access to, one notable group is a sort of ‘forbidden fruit’ when it comes to living in aquariums. We’re talking about the small group of Chaetodon butterflyfish known as ‘obligate corallivores’ because – as far as we know – in the wild they only eat live coral tissue.

However our understanding of these butterflyfish species’ needs seems to be changing somewhat with a few recent developments both in aquaria, and in the wild. A few years back SPS Crownfish showed video of the Arabian Butterflyfish eating aquarium foods under their care. Also, Notable Dutch aquarium Author Tanne Hoffe has managed to keep the orangeface butterflyfish, Chaetodon larvatus in captivity in his reef tank, but he’s got the documentation to show it greedily eats prepared food. 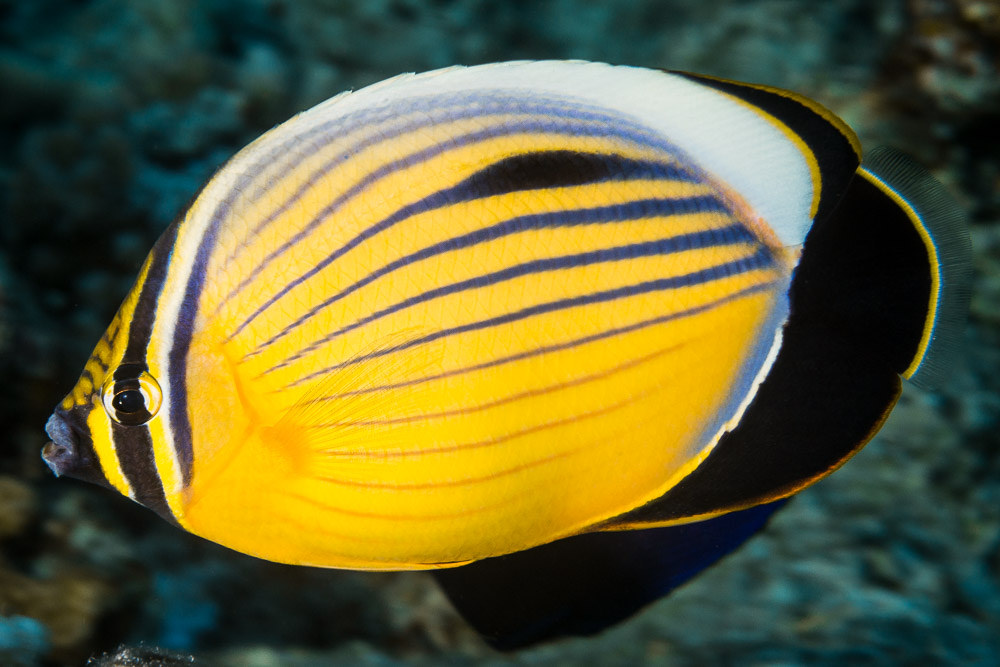 Interest in this group is definitely picking up and just last month CORAL magazine editor Matt Pedersen kicked off a series detailing his experience with coral-eating butterflyfish. But the most head-turning development in our understanding of these fish comes not from the aquarium world, but from a different place where these fish should not be found.

The Suez Canal is a man-made channel connecting the Mediterranean Sea with the Red Sea, enabling what is known as ‘Lessepsian Migration‘. These two bodies of water – and their marine life – have been seperated by landmasses for around five million years but the last couple decades have seen Red Sea fish documented and collected around Israel, Beirut, and the northern coast of Egypt.

This is quite surprising because there are no reef building stony corals like Acropora and Montipora which have been thought to be these two species’ primary diet, and definitely not the expansive reef environments these fish are associated with. This means that these two ‘impossible’ to keep coral eaters have somehow managed to shift their diets to eating something else in the new Mediterranean ecosystem they are invading, raising hopes just a little that one day we can truly understand a suitable food substitute for this tempting group of butterflyfish.

Salinity Tester from Hanna Instruments is both Accurate & Affordable

Unlock the Secrets of Light with the WaveGo Portable Spectrometer