When new species of damselfish or small gobies are described, sometimes the differences can be so minute that you really have to analyze the fish in question. This new mostly white damselfish is so wildly different in appearance that there’s no question that it’s a new species, and a very beautiful and interesting one at that.

Collected in Madagascar’s northwest by Blue Ocean S.A.R.L. the novel damselfish is mostly white, with a well defined black spot on its tail less well defined black patch on its side. But what is perhaps one of the weirdest features of this fish is a black eyestripe – common in butterflyfish and other species, but very rare in damselfish – that merges into a partially black dorsal fin. 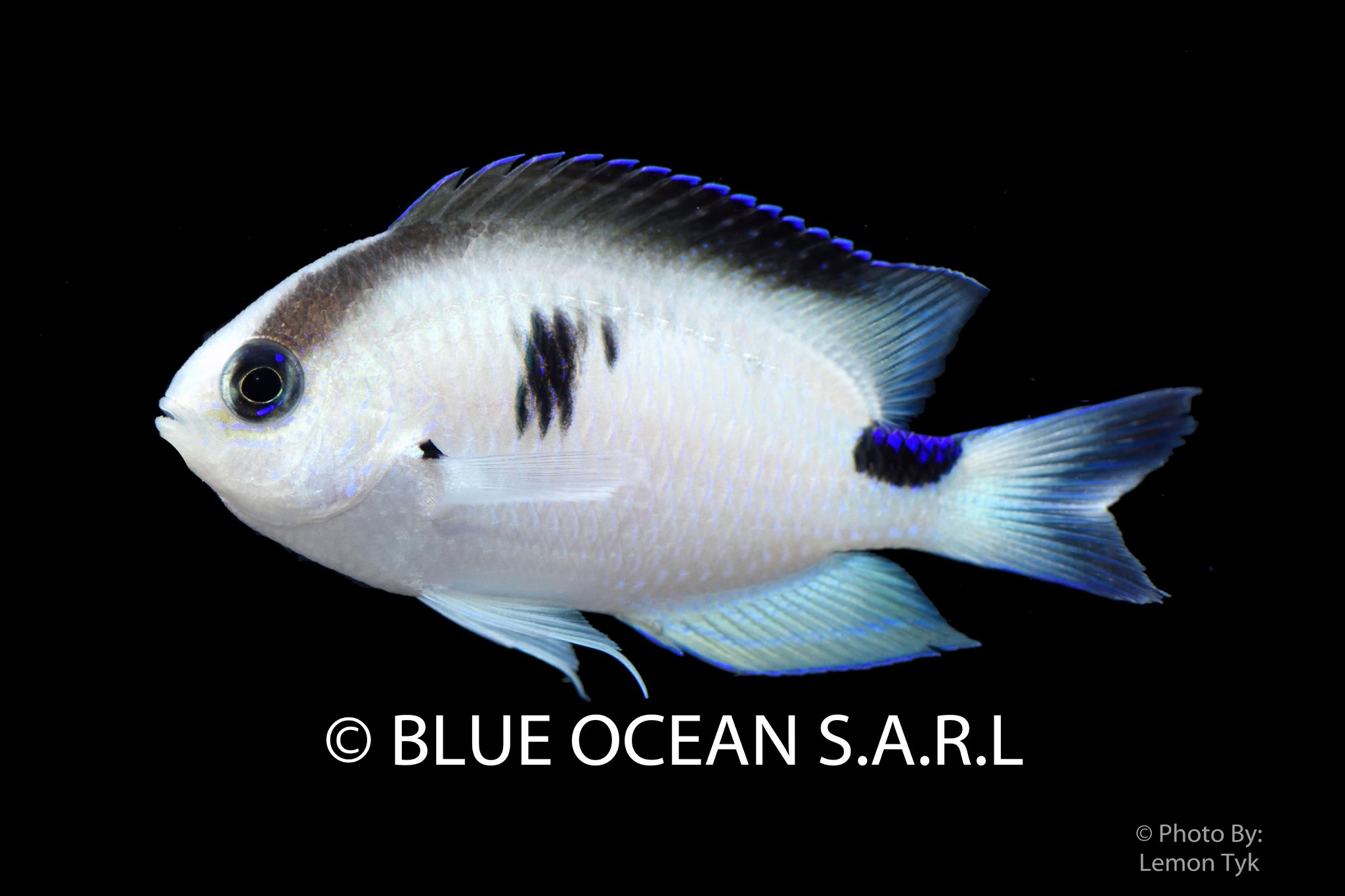 The shape of the body tail and fins all suggest that this is a new species of Chrysiptera and besides the coloration, this fish’s shape is very reminiscent of Stark’s damselfish, Chrysiptera starki from the Indo-Pacific, a long way away. The new damselfish from Madagascar is a gorgeous new species which will certainly see a formal description soon, but perhaps not until after we see this new discovery making the rounds at nicer aquarium dealers, if Blue Ocean manages to collect more of this fish.