The AI Prime Fuge LED light is an unrelenting PAR monster designed to grow macroalgae and if we’re being honest, it’s really only intended to grow the Brillo-pad algae Chaetomorpha. This is the first time in the history of the aquarium hobby that a light has been manufactured for such a laser focused application, resulting in a device that excels so much at what it does. 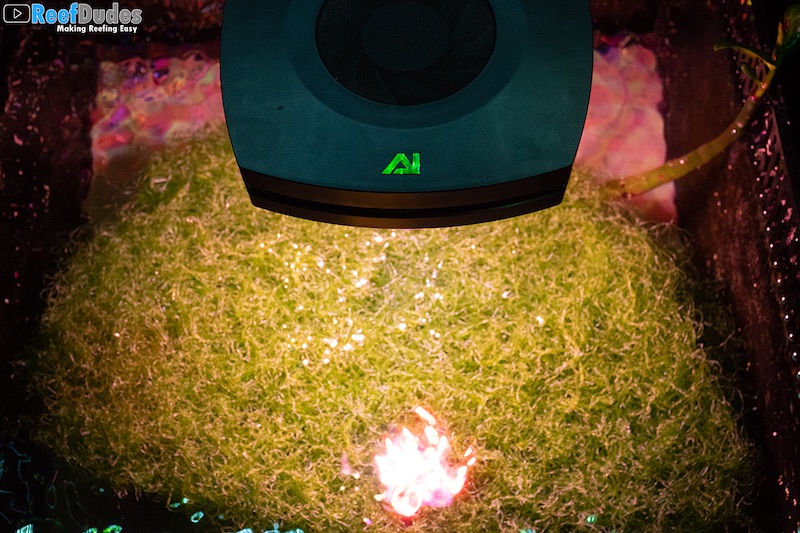 Since the AI Prime Fuge is specially made to grow macroalgae, its LEDs have been very carefully selected for no other purpose than growing these lower plants, and every watt of power goes to driving photosynthesis. The lion’s share of power goes to red LEDs which represent ten of the thirteen LEDs in the cluster with four diodes being 630nm and the other six being 660nm deep or hyper red. 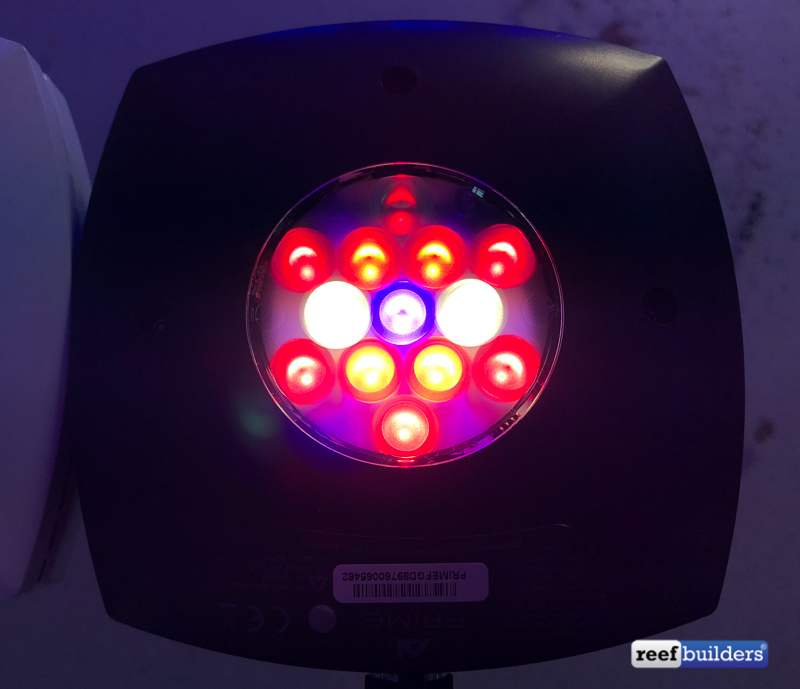 Of course you still need a little bit of blue light, which is where the two cool white LEDs come in, and it only takes a single 430nm violet LED to satisfy the blue end of the photosynthetic absorption curve. This combination of diodes produces a light in the AI Prime Fuge which is unapologetically RED in spectrum and output, and an absolute beast when it comes to PAR numbers. 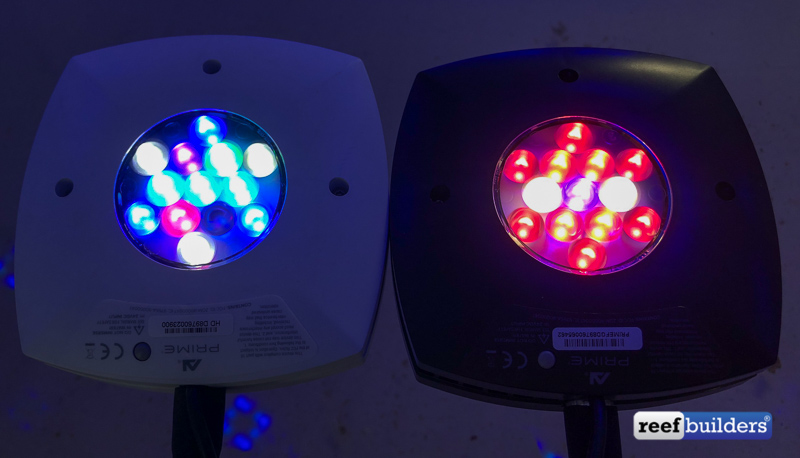 We measured PAR values at a relatively short throw of nine inches, since macroalgae or refugium lights tend to be mounted over small areas in a sump, and compared the AI Prime Fuge both to its reef spectrum Prime sibling, and the only other light currently ‘tuned’ for photosynthesis, the Kessil H80. The Small fanless H80 from Kessil is not designed purely for aquarium use since it has dials for adjusting the spectrum between bloom and grow settings, and it delivers around 150 umols of PAR using around 15 watts. 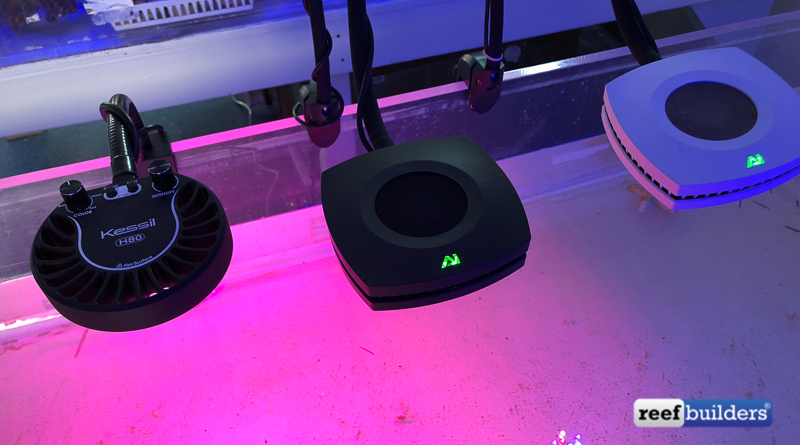 What AquaIllumination has achieved with the AI Prime Fuge is really quite remarkable and goes to show what is possible when a product or device is honed for a very specific purpose. Priced at $209 and coming out very soon the AI Prime is pretty much the light to get if you want to grow macroalgae or Chaetomorpha for nutrient export or carbon dioxide removal. 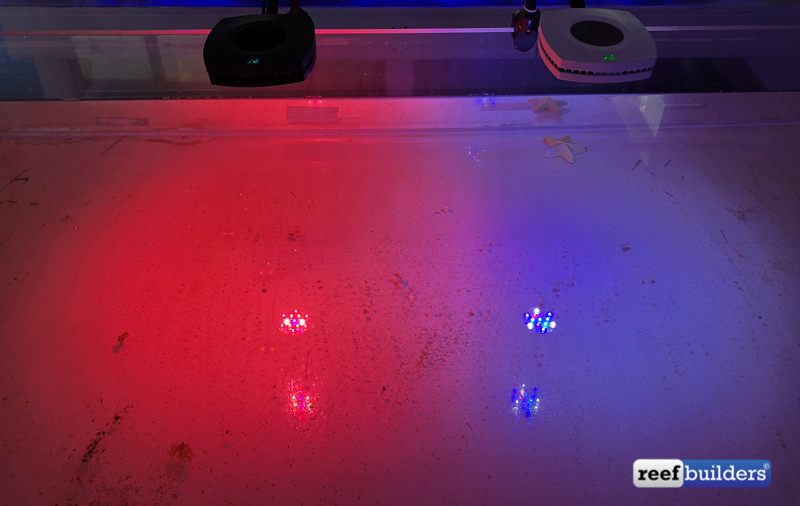 Huge Parts of the Caribbean Are Experiencing Massive Algae Blooms