The winter holidays are well behind us which can only mean one thing, and that is ReefStock is right around the corner. On March 2nd & 3rd the first big reef show of the year will take place at the Denver Radisson hotel where an unreasonable number of reef builders and aquarium geeks will gather for another ReefStock.

Since 2008 we’ve been proud to host and organize the ReefStock conference for our local and national reef scene, and last year we had our first franchise with ReefStock also taking place in Sydney Australia. As you’d expect the show is supported by exhibits from the best reef aquarium companies in the world, more live corals than you could ever hope to take home and more. 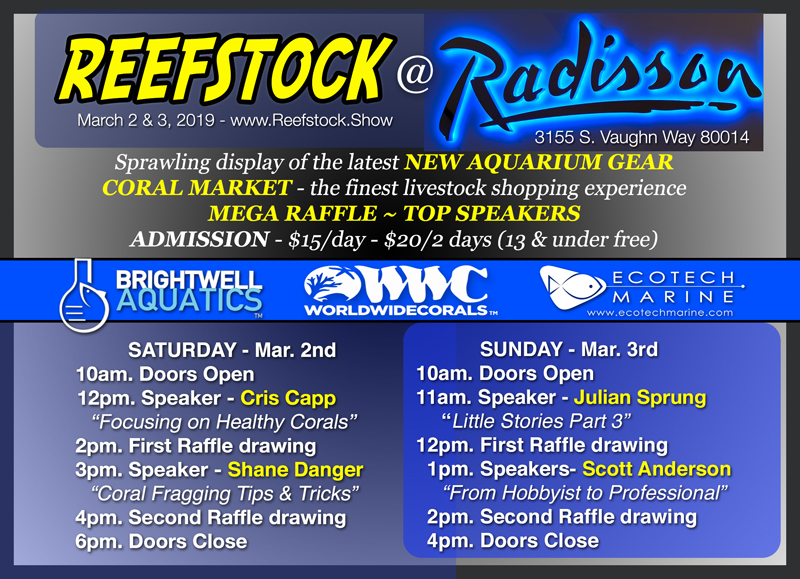 The pile of raffle prizes is bigger and better than every previous year and for 2019 we’ve got a smoking hot lineup of reef aquarium speakers. Our headliner is the one and only Julian Sprung, making his second appearance at our mile high reef aquarium conference to tell us Little Stories about reef aquariums.

Cris Capp is a low-key local legend who will also be speaking, he is the owner of Aquatic Art and designer of some of the largest and most coral-filled reef tanks we’ve ever seen. Another local is fellow YouTuber Scott Anderson of Mile High Reefers who’s going to discuss his experiences becoming an aquarium professional with Aqua Medic Live.

On the other end of the spectrum we’ll also be hosting Shane Danger Coleman, founder of Australia’s biggest reef aquarium community, Marine Aquarium Fanatics of Australia. Between our heavy hitting locals, an international guest and one of the godfathers of the modern reefing hobby, the lineup of ReefStock speakers is as hot as it gets.

We’ll be sure to get you lots more info and updates in the weeks leading up to our 13th ReefStock event. In the meantime make sure to RSVP to our event page for all the latest updates and keep it locked to Reef Builders for the parade of announcements between now and the first weekend of March. 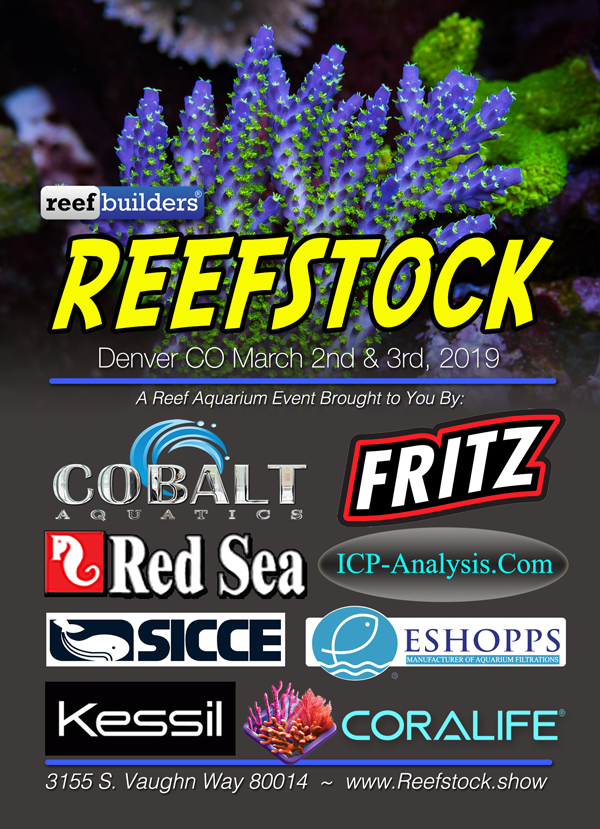