Coral reefs are at risk. Climate change, population growth, and coastal development among others are threatening the health of coral reefs at an ever-increasing pace.
Coral farming is an approach to coral restoration which allows for the culture and production of coral fragments on a large scale, and enables the ‘farmer’ to grow corals which are suited to precise reef habitats. In Indonesia, coral farming has been around for more than two decades, and I’ve had the opportunity to work with coral farmers in Bali since 2015. 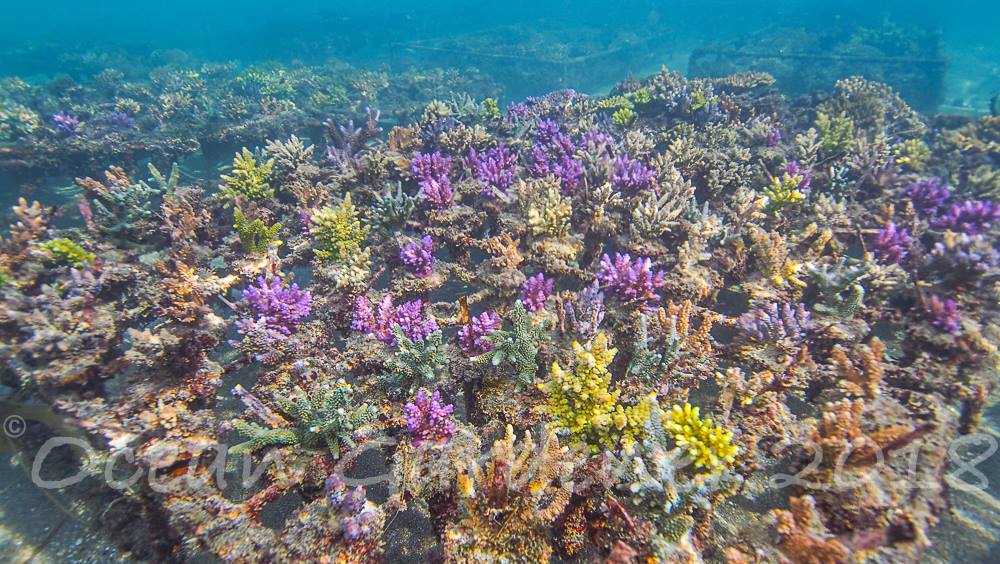 Coral farming is just as it sounds! Pick a suitable plot of ‘land’ however, in this case, a plot of ocean, which is perfect for growing corals. This may seem simple, however choosing the growing habitat and matching the coral species is the real art of coral farming.
Corals are grown on cement or rock bases, in shallow or deep table nurseries, depends on the species you are trying to grow. Each coral genus, depending on growth form, has a slightly different method for attachment.

Corals are a diverse group of animals and each one is specific in its growing requirements. The techniques used in Bali have been developed from years of trial and error, and the success of this work has paid off with some farms having artificial reefs 12 and 15 years old.

A key part of coral farming in the broodstock. Broodstock corals are colonies of coral which never leave the farm. Instead, they are grown to a large size where smaller branches can be fragmented and attached to disks. They are left to grow to a suitable size before they are able to be relocated to a suitable habitat.
This is the key to coral farming, as smaller fragments are produced from a larger colony. Corals will always grow faster when they are smaller so by using smaller branches you are constantly telling the coral to keep growing. As the colonies get older and more mature they slow down their growth and focus energy on producing eggs.

On the coral farms in Bali, most of the broodstock colonies has already reaches this maturity and spawn on an annual basis. Spawning contributed to the replenishment of surrounding coral reefs. 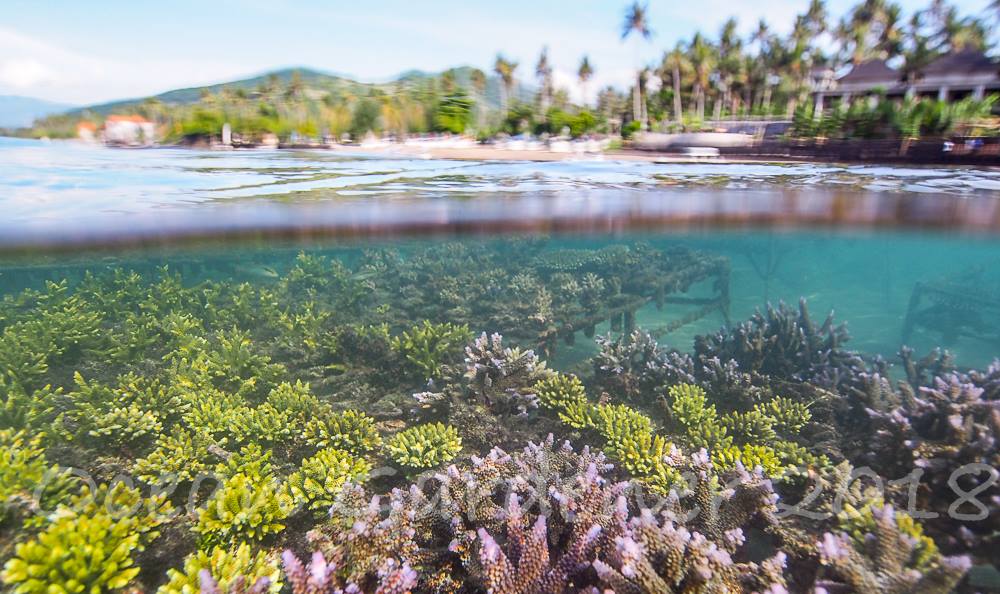 If you would like to learn more about coral farming in Bali, join us for a snorkeling tour and help replant corals, at our Ocean Gardener coral farm in Candidasa, East Bali Indonesia.