Greenland Sharks are the Ancients of the Polar Seas

There’s a lot we don’t know about so much of the marine life living in the deep ocean or in the cold polar seas, and it turns out that their age can be astonishingly ancient. It’s already well known that trees, fungus and even coral colonies can live for thousands of years but old vertebrates are something new.

Greenland sharks are the apex predators of cols arctic seas and it has long been suspected that these fish grow very slowly in below freezing waters. Since these fish grow slowly, but also get rather large, it’s been estimated that they grow somewhere around 1 cm per year, meaning that a full grown adult up to 18 feet long can be over 400 years old! 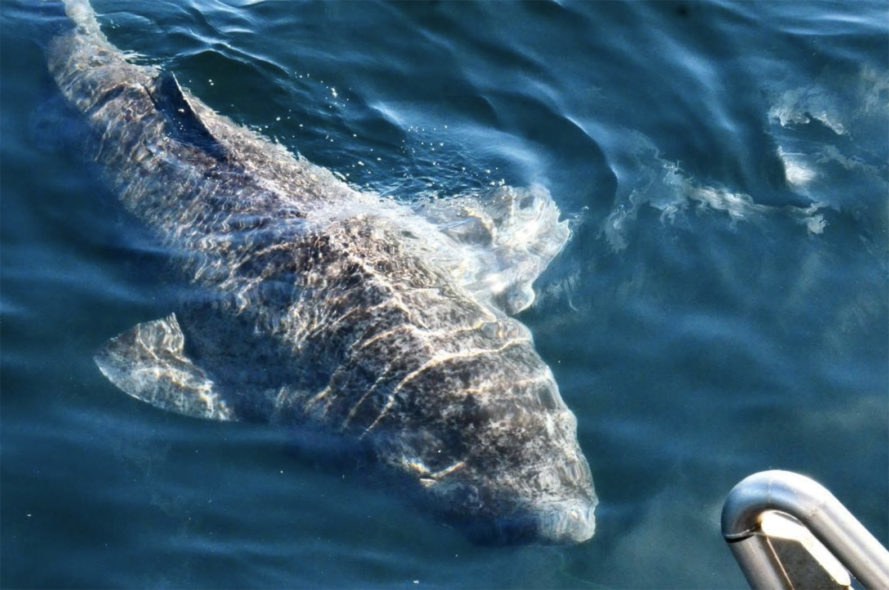 This means that a greenland shark might live to be 150 years old before they are sexually mature, and since these fish are rare even in their polar habitat, encountering another member of their species of the opposite sex is additionally rare. Further examination of Greenland sharks have studied the growth of their eyes to determine that one individual might have lived to be up to 512 years old!

In super cold arctic waters these unique, lonely sharks have low metabolisms allowing them to live so long and it wouldn’t be a surprise if larger specimens might be even older. The research into the age of Greenland sharks is still preliminary and there might be some error in the precision of the measurements but there’s no doubt that they are the oldest vertebrates currently living on the planet. [SNR, EIC]