The Debelius angelfish is one of the rarest and most elusive angelfish species because it has only been known from very deep waters of the isolated island of Mauritius. Over the weekend we got some earth-shattering news about this species that not only was it discovered in Madagascar, but a specimen was collected at the very modest depth of 15 meters, or just under 50 feet! 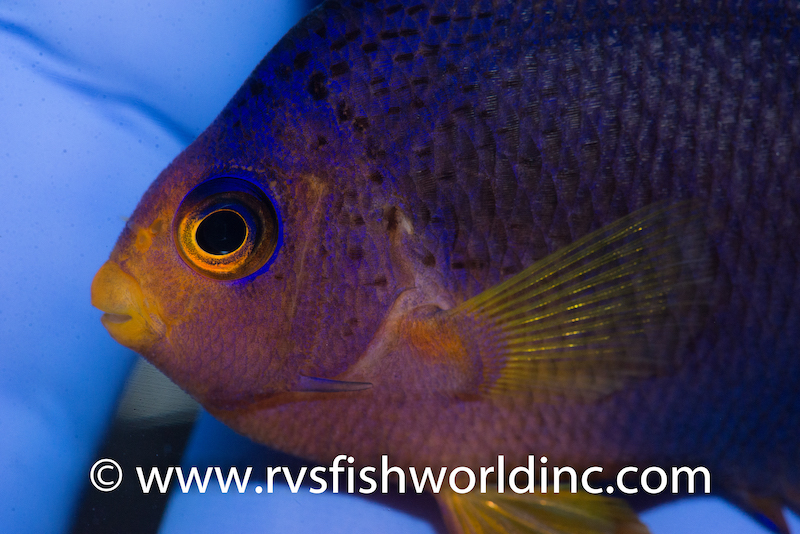 This very exciting news came from Blue Ocean SARL who is also responsible for making gem tangs, tiger angelfish and Hemi flasher wrasses a much more common sight in the global aquarium scene. Like the tiger angels before it, this new collection singlehandedly expands the known natural range of the Centropyge debelius by almost 1000 kilometers. But more excitingly the discovery of the Debelius angelfish in Madagascar expands the known possible habitat from just the tiny islands of Mauritius & Reunion to possibly the entire coastline of Eastern Madagascar.

Before we get ahead of ourselves, there is always the possibility that this sole Debelius angelfish represents a lonely specimen that waifed from the Indian Ocean islands it is best known from, like the Nahackyi angelfish that was spotted in Hawaii. However this doesn’t explain how or why this Debelius angelfish was discovered and collected in shallow water that is barely a quarter of its usual depth range.

When Blue Ocean SARL first set up in Madagascar it took them some time to learn and discover where to find a steady supply of gem tangs and tiger angels, and more recently the endemic Hemi Flasher wrasses. So hopefully with more exploring we will soon see many more specimens of the very rare Debelius angelfish coming from Madagascar, and who knows what else might be discovered in the region in the future.

Bernardpora, the Flowerpot Coral caught between Goniopora and Porites