ACI’s Purple-Tail Purple Tang was the Star of Reefapalooza Orlando!

The purple tang’s official scientifically designated name is Zebrasoma xanthurum – ‘yellow tail’ is the hallmark of this species. While tens of thousands of purple tangs have no problem following this convention, every once in a while a lone ranger decides to break with tradition and genetics. 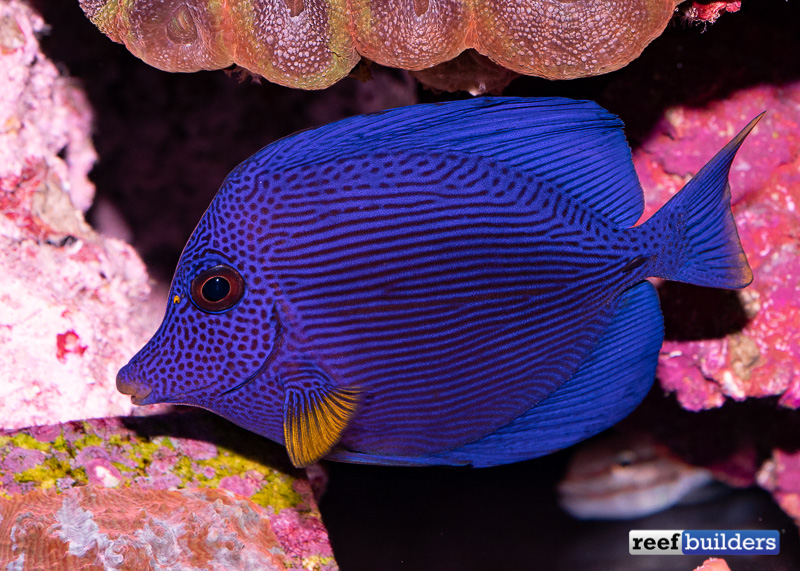 This little maverick is an uber rare purple-tail-purple-tang, only the second specimen of its kind ever documented. The purple purple was brought to the American reef aquarium hobby by ACI of Florida who (very) proudly displayed this gem of a fish at Reefapalooza Orlando this past weekend. 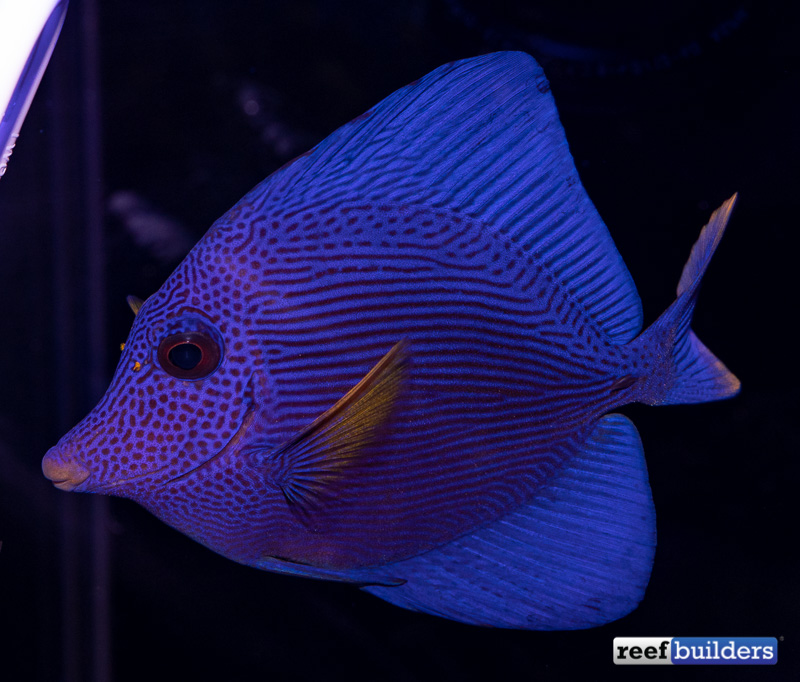 This medium sized individual was hands-down the star of the show and although the excitement surrounding this fish bordered on excessive, everyone really was thrilled to be able to see a fish which is often destined to bee-line to the private aquariums of affluent fish collectors. Objectively, a standard-issue yellow tail purple tang is more colorful than the purple-purple, but this adolescent fish was also in excellent health and perfect condition. 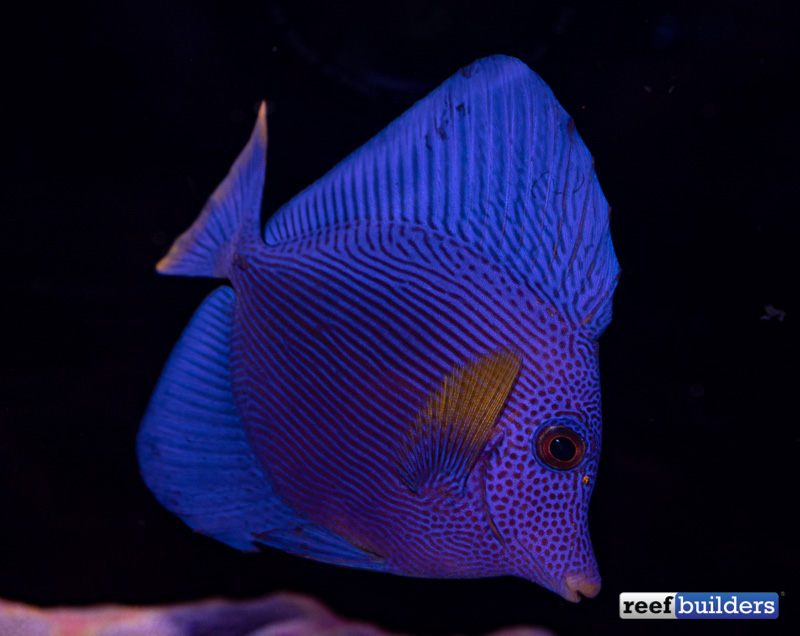 Its body color is a vibrant plum purple with noticeable maroon colored eyes, and yellow accents on the nostrils and pectoral fins. There’s even a hint of yellow on the margins of the tail fin but mostly, the dark spotting on the face which turns into stripes on the body continued and filled in the tail where you would expect to see yellow coloration. 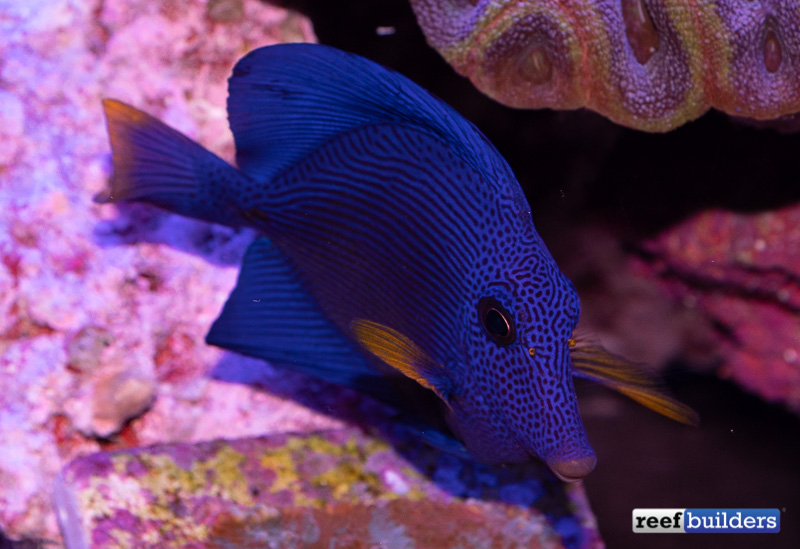 ACI’s purple tail purple tang was also in a near-perfect display to really appreciate its beauty – a medium sized all in one aquarium held just a few other fish and one ginormous and very colorful Homophyllia bowerbanki colony. The Kessil AP700 also helped to highlight and bring out all of the colors of both the fish and the coral. 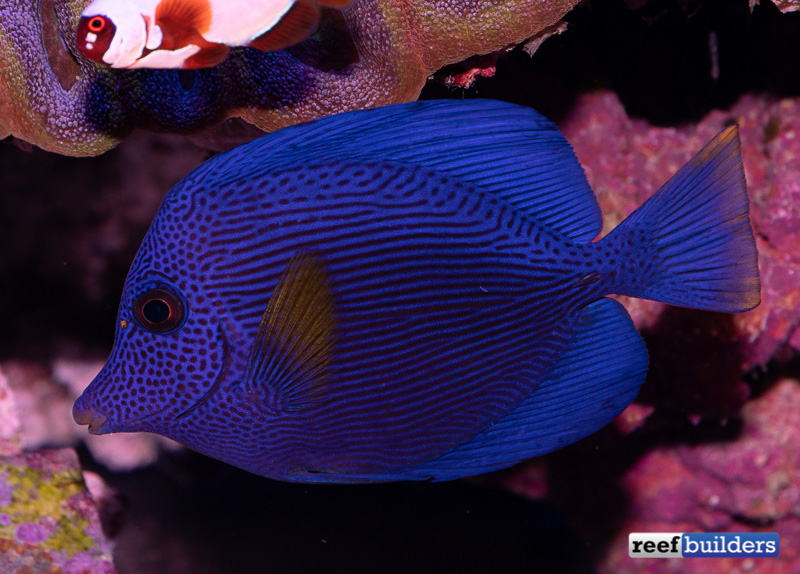 Although the purple purple sold for an order of magnitude more than its yellow tail counterpart would have, at Reefapalooza Orlando this weekend everyone got to enjoy this sensational fish by simply coming to the show and stopping in the ACI booth. I think part of what made this fish so exciting is how many people’s eyes lit up when they saw a very familiar fish with a very rare twist, and watching people point this fish out to each other was incredibly fun as well.