Plectranthias maekawa is a new species of deepwater fish from our favorite group of not-quite-anthias, the Plectranthias ‘basslets’. While the new Maekawa basslet was officially described by scientists late last year, this little gem has made at least one appearance in Japanese reef tank over seven years ago.

When it was first collected and photographed, the rare fish aquarists initially believed this fish to be a specimen of Plectranthias helenae. To be completely honest, it escapes us how to differentiate P. helenae from the newly minted P. maekawa other than where it was collected. 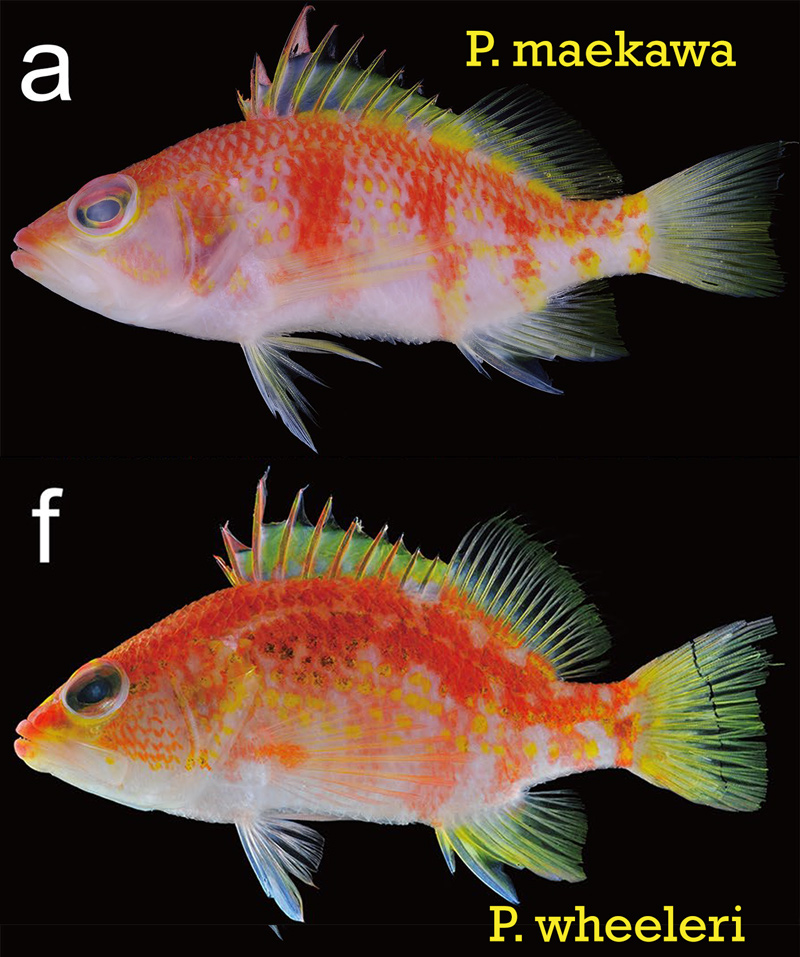