Light Emitting Diodes, now commonly referred to as LEDs have revolutionized how we illuminate our world and especially our aquariums. Fifty years ago LEDs weren’t useful for much more than producing infra red light used in remote controls, but a steady stream of progress has opened up a full spectrum world of light for just about every kind of applications.

The last big breakthrough was the advancement of LED technology in the blue spectrum, enabling white LEDs both through excitation of phosphors, much like fluorescent lamps, and through mixing red, green and blue diodes. Our aquarium lights mostly use a mixture of phosphorescent white LEDs and a range of diodes to cover the entire spectrum of light which is useful for our corals and photosynthetic reef animals. 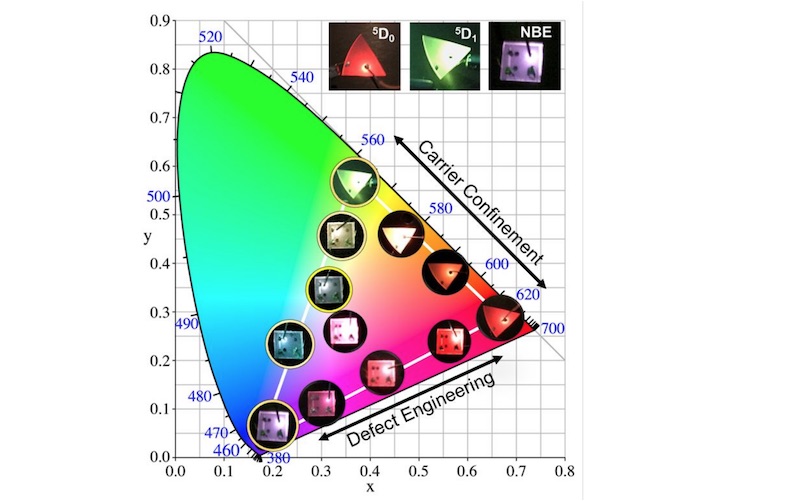 However a new paper details the next big leap in LED technology that uses a single diode to produce a wide range of light colors. Gallium Nitride has been one of the most important compounds in the creation of bright and efficient LEDs but a new technique that also adds the rare earth element Europium is paving the way to a whole new class of solid state light emission.

The technique works by adjusting the ratio of current that is applied to the Gallium Nitride and Europium substrates, resulting in a single LED that is essentially color tunable. While the single color LEDs will still remain the most efficient way to produce light over a narrow range of light wavelengths, the possibilities that single multicolor will enable will have wide ranging implications both for general and aquarium lighting. [Gizmodo]

Semilarvatus Makes One of the Rarest Butterflyfish Hybrids

May 13, 2019
Site Sponsors
Reef Builders is Supported by: