Pavona clavus is a coral species which is well documented for its often colossal size. However, what is even more impressive is the age of these large coral colonies, with some reaching hundreds of years in age.

When we think of coral restoration, the first image that comes to mind is restoring degraded reef habitats with branching or boulder species of coral. But we think it’s just as important to take care of the coral, and habitat which already exists, with special attention being given to the noblest elder corals on the reef.
While undertaking some reef survey in Sanur Bali for the Ocean Gardener, Blue Oasis Dive project we came across over a dozen Pavona clavus colonies which given their size could easily be 200-300 years of age. While the restoration project area in Sanur focuses on a degraded rubble area, we felt it was important to look after these colossal corals.

We felt strongly that it was important to care for these corals, which are slowly being overrun by algae, sediments, and sponges. These colonies are found in 5-7m of water in Sanur. Over the past two decades, tourism has increased exponentially in these areas and excess nutrients in the bay are thought to be one of the reasons algae are out competing these corals.
But Pavona clavus is a strong and noble trouper, having survived in this habitat while most other stony coral species have succumbed to the effects of climate change and tourism. Instead of just standing by and watching these corals get picked off one by one, we put on our gardening gloves and started ‘pulling the weeds’ giving them a helping hand.
[wb_vc_before_after_image_comparison before_image=”8005″ after_image=”8003″ image_size=”large”]
To clean these colonies we used our hands to pull out the tufts of algae, (still waiting to find out the species). Next, we made sure to get in between the columns to pull out as much of the algae as possible. It took two people about 40 minutes to clean off this one colony.
Below the mat of algae we also found some Valonia bubble algae, and then two types of sponges. We used a soft bristle brush to clear off the exposed skeleton of any sponges or remaining algae. When this was all done we took off our fins to fan out any sediments trapped in between the branches.
[wb_vc_before_after_image_comparison before_image=”8016″ after_image=”8015″ image_size=”large”]
What is left was exposed skeleton covered in coralline algae (white and pink). Coraline algae is a type of crustose coralline algae which is a good sign on coral reefs, and it is thought that coral larvae seek out these types of algae to settle as it is the sign of a healthy reef.
We also found a few smaller coral colonies of Montipora, Porites, Acropora, and Pachyseris which were growing on the skeleton. Cleaning the algae around their bases and the substrate around them will give them a boost when trying to spread out and build a strong foundation. 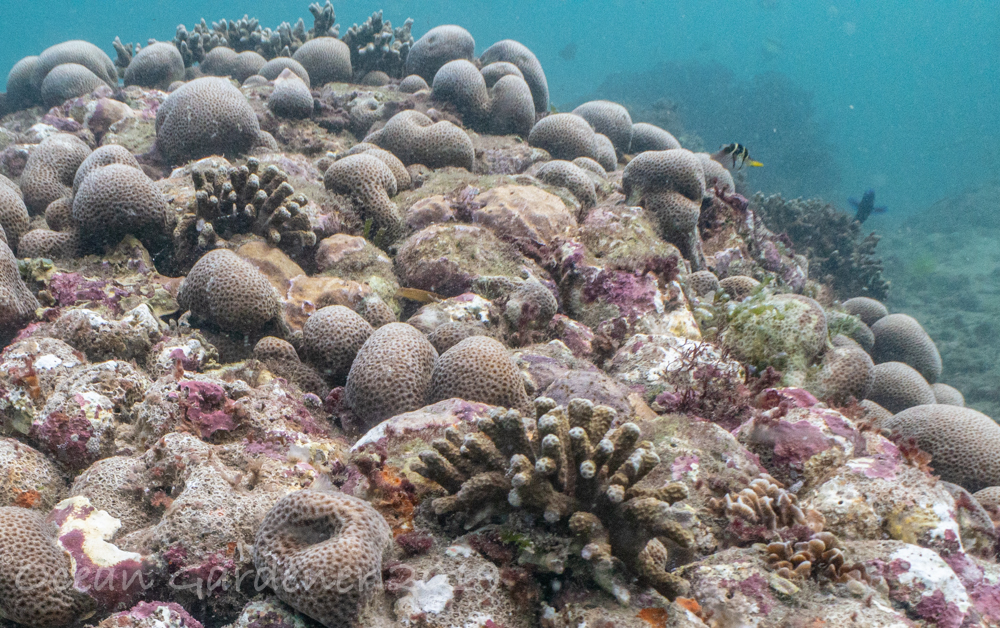 After we finished cleaning up a few of these corals it didn’t take long for a few morish idol fish to come by and continue the cleanup process on their own, picking at any sponges left over.
Preserving the corals we have is just as important as replanting and rehabilitation degraded reef habitats. These Pavona clavus corals have already shown themselves to be fighters hanging onto life in a rapidly changing environment. These colonies which are centuries old are truly our elders and represent a critical population of corals which are able to spawn and recolonize other areas of the reef.
By ensuring we keep an eye on these colonies and give them a helping hand fighting off algae, they can continue to grow and repopulate degraded areas further along the reef which are now being restored. 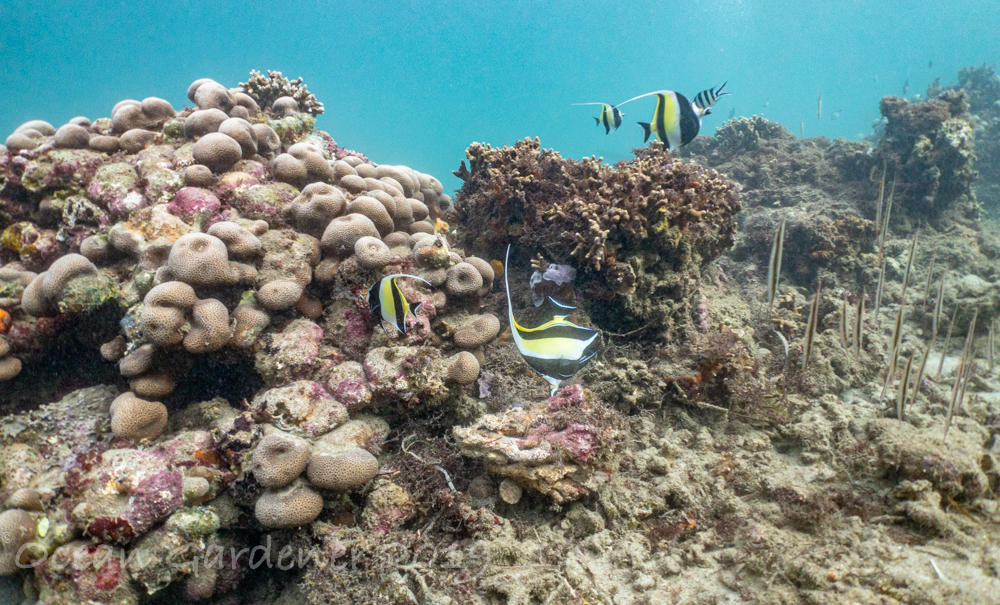 May 19, 2019
Site Sponsors
Reef Builders is Supported by: