First of its Kind Aberrant Flagfin Angelfish Discovered in Philippines

In the world of aberrant marine fish, the angelfish are some of the most interesting and noteworthy, and of the angelfish, it’s predominantly the pygmy angelfish that appear the most often. This is why today’s example is a real surprise because RVS Fishworld just obtained one of the first aberrant flagfin angelfish that we’ve ever heard of. 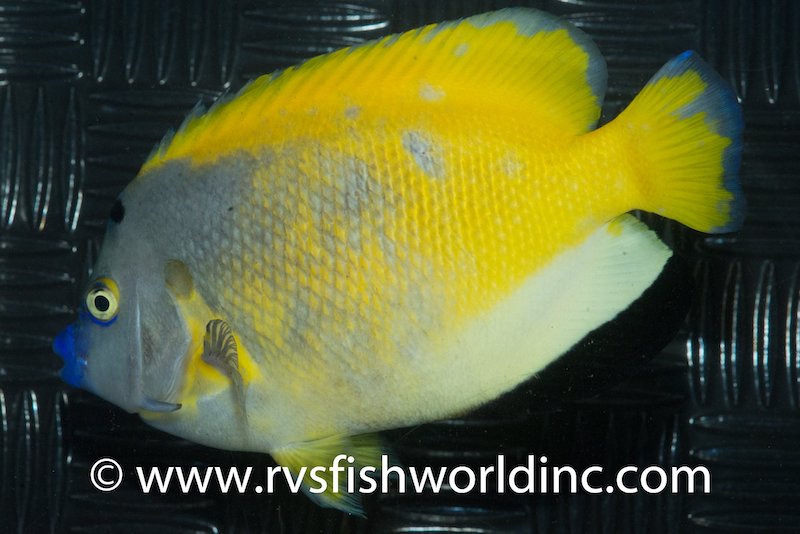 If memory serves us right, the only aberrations we can recall from ANY Apolemichthys were the captive bred ‘Ghost Bandit Angelfish‘ cultured by Karen Brittain. At first glance the very unusual looking flagfin angelfish, Apolemichthys trimaculatus, appears to have the yellow body of a flagfin and the lavender face of a griffis’ angelfish.

It’s clear that there’s probably no hybrid genetics at play in this specimen because all the markings are spot-on for a typical flagfin angelfish and it’s mostly the unusual distribution of yellow pigment which is not correctly expressed. The resulting potential vitiligo of the xanthin yellow pigments has developed into a fish with a striking visual gradient of greyish lavender in the front and more usual bright yellow in the rear. 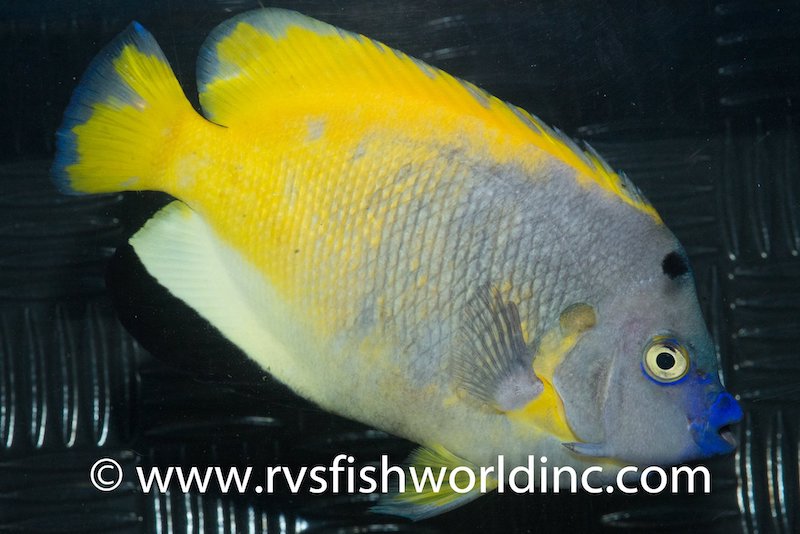 There is also a small degree of misfiring of yellow in the tail and dorsal fin but otherwise the black, white and blue pigments of this species are all present where they should be. This type of aberration does not appear to be the type which will be affected by captive aquarium conditions, heck it might even progress even more with age to become even less yellow. 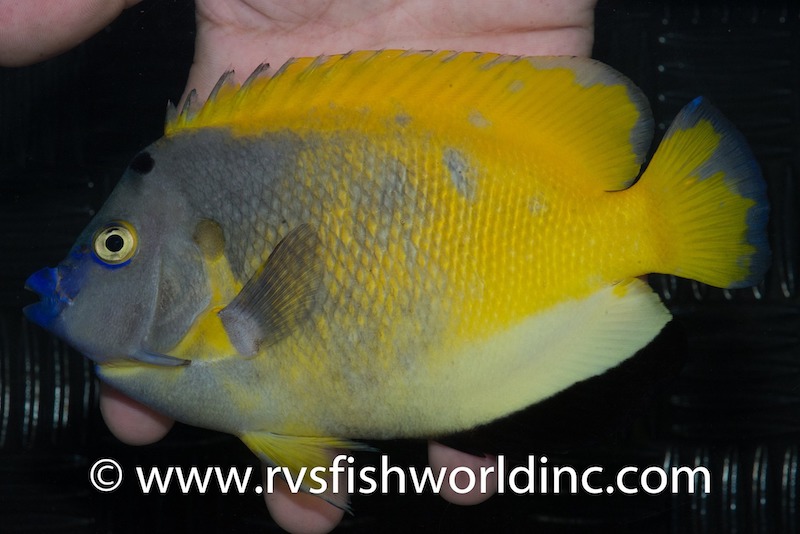 However since this is one of the first ever aberrant Apolemichthys to surface in the aquarium world it’s all speculation as to what this specimen will look like over time. The flagfin angelfish is a very common, hardy and colorful species and despite the yellow color that this fish is missing, we definitely appreciate how much more purple and lavender is expressed in the face of this odd Pomacanthid. 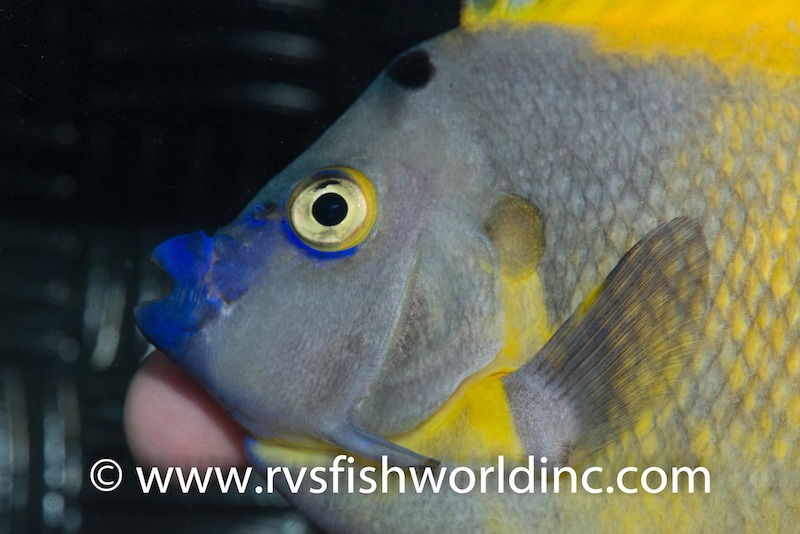