Gigas Clam Return to the Reef Hobby thanks to ORA

The true giant clam, Tridacna gigas, is finally making a return to the aquarium world thanks to recent success by Oceans, Reefs & Aquariums, better known as ORA. Several species of Tridacna clams can get quite large, over 18″ or 45cm long including T. squamosa and T. derasa, but the real giant of the bivalve world, Tridacna gigas can get triple that size, easily attaining lengths of three feet or more.

It’s been around 15 years since ORA’s clam farm in the Pacific Ocean has produced any Tridacna gigas clams, although these cultured specimens were ‘in circulation’ in the aquarium hobby for years after. In fact, many if not all of the gigas clams in private and public aquariums originated from this one production facility, and they’ve gotten quite rare and very highly sought after in the interim. 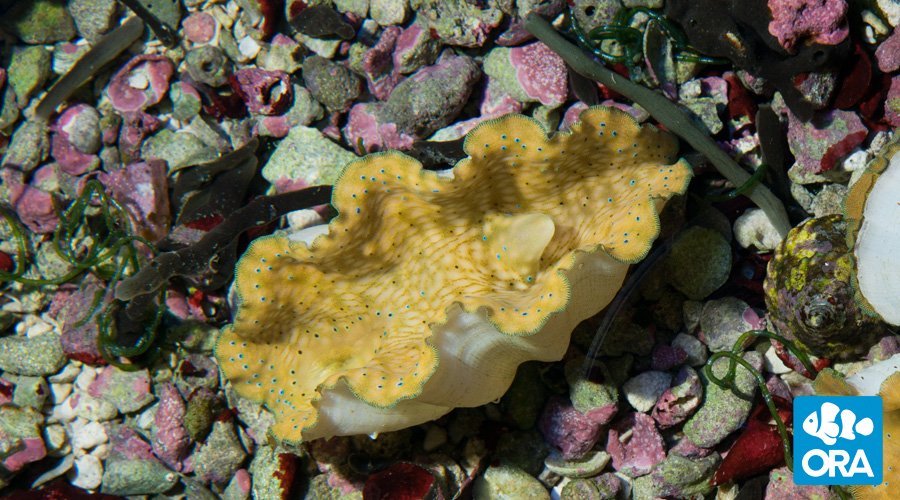 As far as appearance goes, gigas clams are the least flattering of the group – sometimes they can be found in nice mustard yellow color with a varying degree of blue spots – but what makes these clams so special is their ginormous size. Since Tridacna gigas naturally gets so large, they also grow very quickly and can rapidly become too large for most home aquariums in just a few years.

It’s incredibly exciting to learn that ORA has finally succeeded in rearing a new generation of Tridacna gigas clams as this is a species that is in too easy to target for their shells, meat or both, and they take a long time to mature. This new supply of Giant giant clams will enable this species to become much better known in the hobby and by the public, and we sure hope ORA has a steady supply to satisfy the pent up global demand for these amazing animals. [ORA]