Reefi Duo LED is All About Crazy Color

Reefi is an aquarium LED light startup which is carving out a small niche for specific reef aquarium lighting applications. Based in Portland Oregon, Reefi immediately reminds us of smaller boutique LED light makers like NanoBox Reef LEDs out of North Carolina and AcroOptics out of Boulder Colorado. 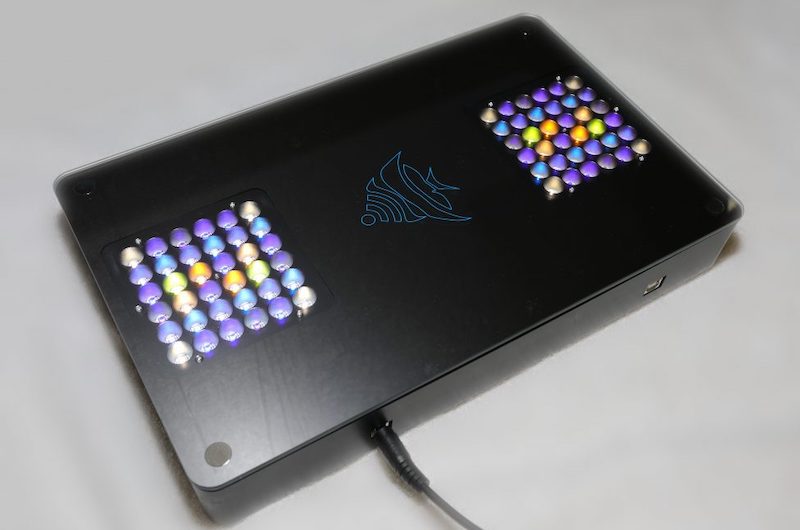 Being small and nimble means these companies can really experiment with new LED colors and try out interesting features, which is exactly what Reefi is aiming for with their Duo Deluxe and Duo Extreme LED light fixtures. With the same dual cluster design as the Ecotech Radion, the Reefi Duo versions have a boxy shape with two groups of multicolor, multichannel LEDs in a wealth of standard and exotic color spectra. 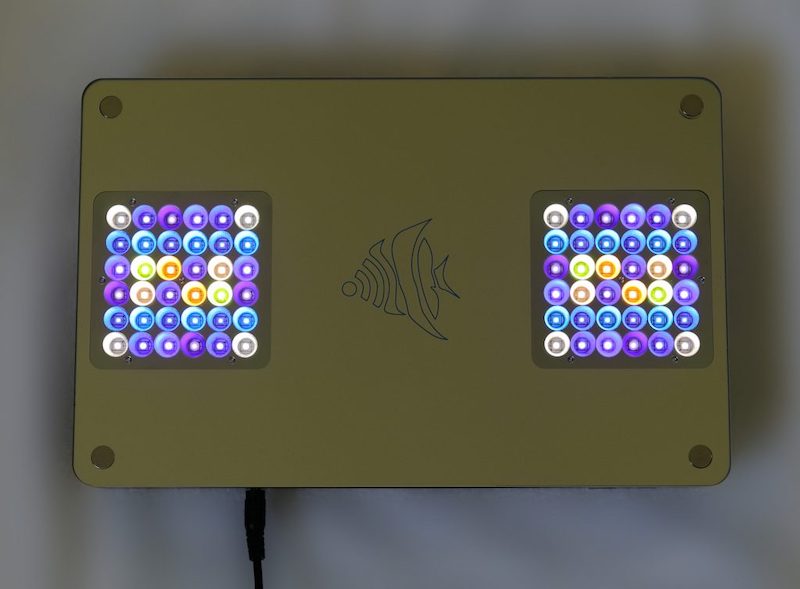 The Reefi Duo Deluxe and Extreme both sport nine different LED colors with 72 diodes pushing 216 watts in the Reefi Extreme while the Duo Deluxe is rated for 144 watts spread across 48 LEDs. Besides the total power and number of LEDs, the Duo Extreme controls the nine colors each on their own control channel while the Duo Deluxe has them grouped into six channels.

Some unique features of the Reef Duo fixtures is the use of individual reflectors for each LED creating a very strong field of light pointed down into the aquarium. Reefi claims their reflectors are also effective for blending, but we need to see this for ourselves as individual reflectors tend to exacerbate the disco ball effect, not minimize it – there’s a reason all the major manufacturers have moved towards ever broader angle lenses. 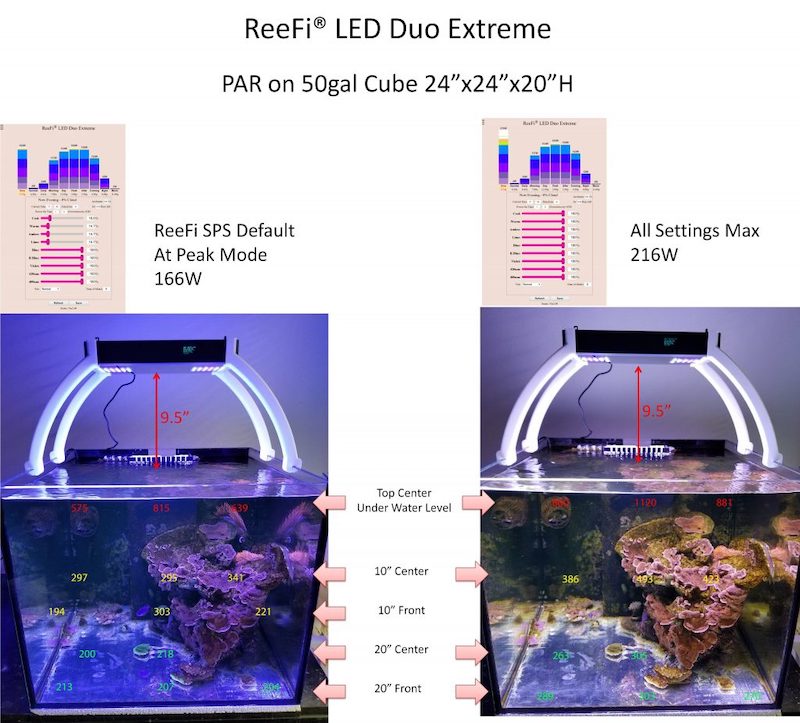 While it might have a standardized boxy shape the Reefi Duo couldn’t be anything further from the cheap black box LEDs that are gushing out of China. In addition to the very reef-forward spectrum of LEDs, the Reefi Duo has a built-in information screen, very heavy duty cooling to keep the LEDs cool in the hottest of working environments, and a functional if not fancy web interface gives quick access to all the color control channels and programming functions.

We’re on the fence about how well the individual reflectors blend the colors from this fixture, and mileage will vary depending on how it’s placed above the tank, but it should have some killer shimmer from a typical point source light. Other aspects of the Reefi like its mounting solution(s), programming and functions will hopefully only improve over time but at $650 for the Reefi Duo Deluxe and $750 for the Reefi Duo Extreme, this is actually a lot of light and power for a reasonable price and we’re glad to see another entrepreneur carve their own path in this segment of the reef aquarium hobby and market. [Reefi]