Several weeks ago, we went on an expedition through the Great Barrier Reef, with Ultra Coral Australia. We spent a week on the reef and on multiple occasions came across a fascinating coral called ‘Paraclavarina triangularis. All of us ‘Coral Freak’ were mesmerized by the beauty of this coral and we collectively agreed that it was one of the highlight corals of the trip.

Paraclavarina triangularis, is a pretty common coral on the Southern Great Barrier Reef with some pink colonies which were absolutely gorgeous, and totally deserved a prime placement for a special coral in our aquarium.

Paraclavarina was once believed to be a relative of Hydnophora horn corals but is now  considered a synonym of Merulina. This coral appears very similar to an Hydnophora, and some even classified it as a Merulina. It’s basically a purely branching Merulina, and the beautiful pink very characteristic of other Merulina tends to leads toward that direction too. But Veron doesn’t seem to agree with that assessment so we will leave it on its own, as it totally deserve a special place.

One peculiarity of this Paraclavarina triangularis is that as the name implies, the branches have a unique triangular cross sections. Which is quite unique in the coral world and make it easily recognizable from any other species. Brown fuzzy colonies of P. triangularis could be confused with some Hydnophora, but doesn’t have any monticule (Hydnophore) along its branches. 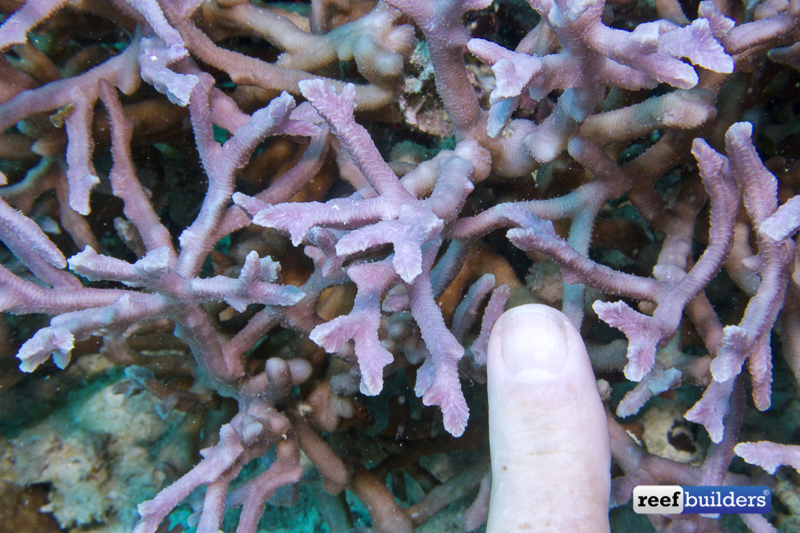 Like all the members of the family it possess characteristic valleys which are short and shallow, with thick columellae and septa, which except near branch tips, are fused into one solid structure. Because of the valleys, it could be confused with a Merulina but the latter has irregular upgrowth, while Paraclavarina triangularis has regular fused branches with triangular section.

It forms thick compact very distinguishable bushes, in shallow water. This bushes can be up to meter tall.

Paraclavarina triangularis prefer the shallow water of protected lagoons. Where it’s protected from big swell, but still get its fare share of tidal water flow. Water can be quite turbid in these environment, but food is plentiful.

This species has never been collected or shipped, so it’s difficult to know about its maintenance difficulty. Nevertheless, many of other family members are easily maintained and propagated, so we suspect that its maintenance is pretty easy. Medium light and flow, regular feeding is probably the basic components.

But apart, from its particular shape and maintenance easiness, probably that the most unique character is its beautiful light pink color. Most colonies we found were cream, pale yellow color, but we were lucky enough to find quite a few in light pink color, which is absolutely gorgeous. Everything about Paraclavarina triangularis is unique: its shape is unique, it’s easy to maintain, and it comes in a very nice coloration, the perfect coral aquarium combo!

On future collecting trips we will bring back this coral and try it for you. And hopefully this small post will bring light to an otherwise underrated coral, and it will more frequently find its way to your best coral shops.

PS: Extra Thanks to Russell Kelley from BYO Guides for providing some of the images. 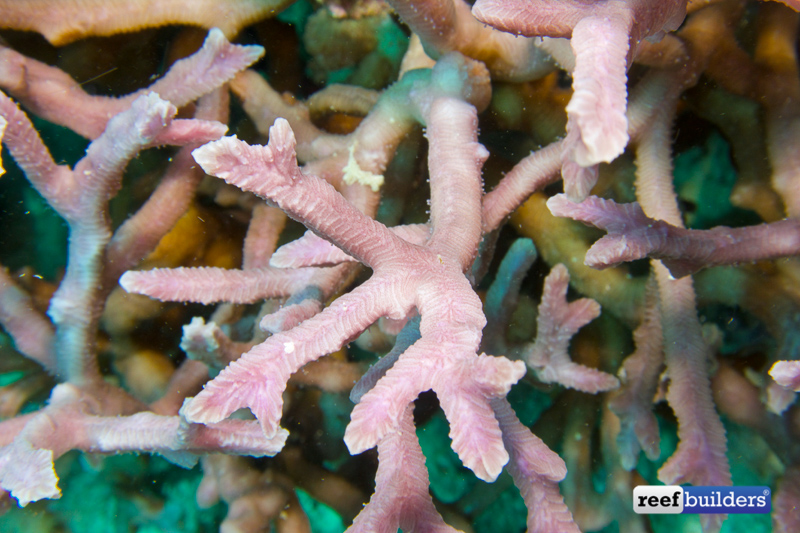