Reef Energy AB+ plus is a new formulation of Red Sea’s unique blend of additives specifically designed to meet the needs of coral nutrition. As far as we know Red Sea’s Reef Energy A & B additives are the only ones developed to be coral food for corals that they can absorb directly from the water, and it sounds as if Red Sea has made them even better.

For years the Red Sea Recipe for reef aquarium success has included the two-part Reef Energy Coral Nutrition bottles of A and B which are both very well received by corals, but not the shining example of convenience since they need to be refrigerated. Reef Energy AB+ plus streamlines the process by combining both parts into a single bottle and better yet, in a formulation that doesn’t need to be refrigerated. 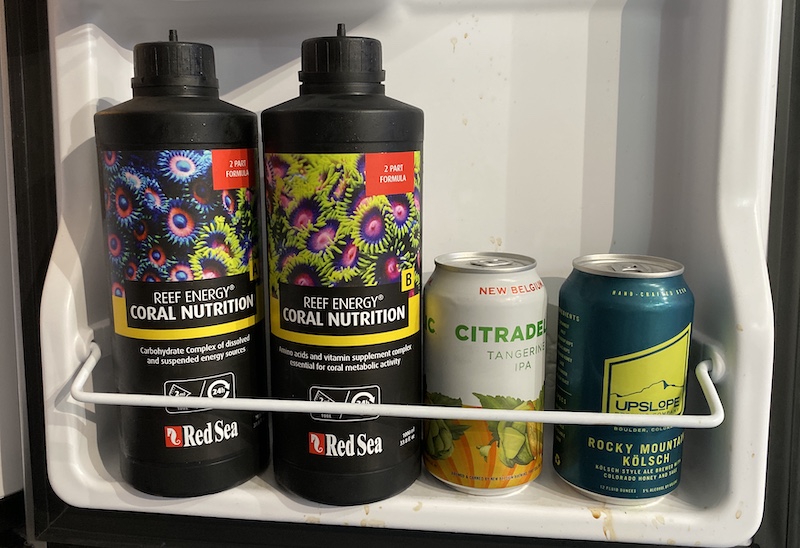 Since Reef Energy AB+ doesn’t need to be refrigerated, this means they can much more conveniently be used in automatic dosing so you don’t have to remember to feed your corals, or go to the refrigerator to fetch them.  The new formulation of Reef Energy AB+ plus has even less impact than before on protein skimming, and has “15% more coral growth than Reef Energy A & B” according to Red Sea.

Better yet, the new AB+ is not only more convenient and effective, but will also cost less, which we can all agree is a welcome change in the expensive reefing hobby. We are unclear whether Reef Energy AB+ plus will replace the currently beloved Reef Energy A & B, but if it does it’s not likely to happen for a long time.