Palauastrea is one of the least known SPS coral that is not just rare in the aquarium hobby, but pretty much all but unknown. P. ramosa is in the family Astrocoeniidae which includes some familiar aquarium corals including Pocillopora and Seriatopora and it superficially resembles a cross between Stylocoeniella and Stylophora.

Alas, whereas those two genera are blessed with some wild colors and awesome polyps, Palauastrea has a very conservative appearance, almost always appearing tan, brown or grey with light colored polyps. In shallow water Palauastrea has thin branches with rounded tips like a Stylophora while in deeper or turbid water with reduced lighting the branches become much thicker and greatly resemble Porites.

While diving on natural reefs, Palauastrea is a little bit rare but not impossible to find on a wide range of equatorial reef environments. We would concede that however much we like this coral, nothing about it in its natural habitat would ever compel a coral collector to harvest some and supply this species for the aquarium hobby.

The same colony when it was first collected in 2015

This is why almost five years ago we collected a colony of Palauastrea for ourselves and even then it really didn’t look like anything more than a curiosity – just a light brown, thick branching SPS coral with weird polyps. Although we collected this colony in a turbid reef environment that was more of a chalice coral reef, we’ve acclimated our first piece to a very high light environment in which it has developed into at least a somewhat more interesting coral. 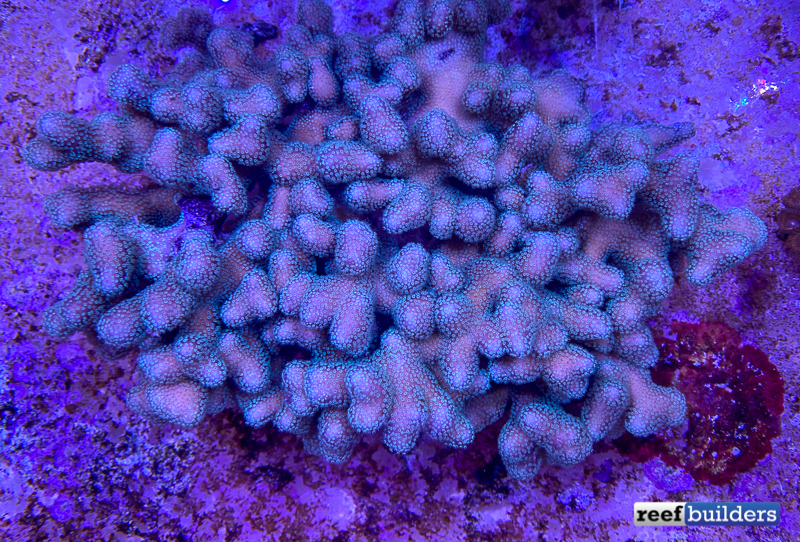 Without any other corals for scale, at first glance the five year old Palauastrea colony looks more or less like any other Stylophora but the branching structure is actually much thinner and miniature compared to its more popular cousin. However when you look closer at this coral, something seems to be a little bit different, especially in the polyps.

There’s no metallic tentacle-tips or hooded corallites that you would expect to see in Stylophora, and in the tentacles of the polyps tend to get elongated in some areas with micro-sweepers reminiscent of Stylocoeniella. Unfortunately, we are the only reefer we know that has ever kept this species in a reef aquarium making Palauastrea a legitimately rare genus in the hobby, absent of hype or price inflation, it’s just really that rare. 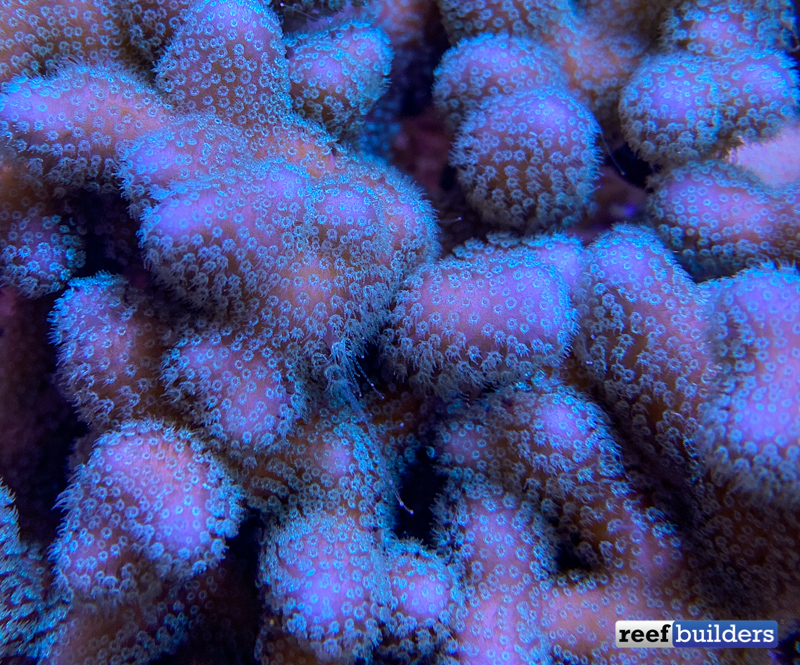 If there’s one thing that makes this coral special, besides no one else having any in their tanks is that it can be grown under very bright AND very dim light, something no other branching SPS can claim. Furthermore, the skeleton may appear delicate but it’s in fact extremely hard, not unlike the marble density of wild grown Stylocoeniella colonies.

Try to just snap a branch of Palauastrea colonies and you’ll need so much force that if it snaps, the branch is likely to go flying from the effort. Now that our initial colony of Palauastrea has reached a critical mass of sorts it’s well beyond time that we fragged it, propagated it and shared it with our friends because we’d love to see what this coral looks in some other reef aquarium environments.

How to Set Up a Reef Tank Part 4: Adding Corals!