The Deltec E-Flow is one of the more surprising sleeper pumps to come out of Germany in the last several years. Nothing about the Deltec’s large, powerful water movers conveys just how much water they move, or how efficiently they do so, so we took it upon ourselves to demonstrate what the E-Flow is capable of.

Despite being available in Europe since 2012, it’s only recently that Deltec started making a push to make the E-Flows available globally, and it’s beginning to gain momentum and recognition in the North American reef scene. Since it finally came into our possession, for more than a year now we’ve been gushing about how much water our Deltec E-Flow 12 moves while consuming a paltry 40 watts to drive four reef aquarium displays. 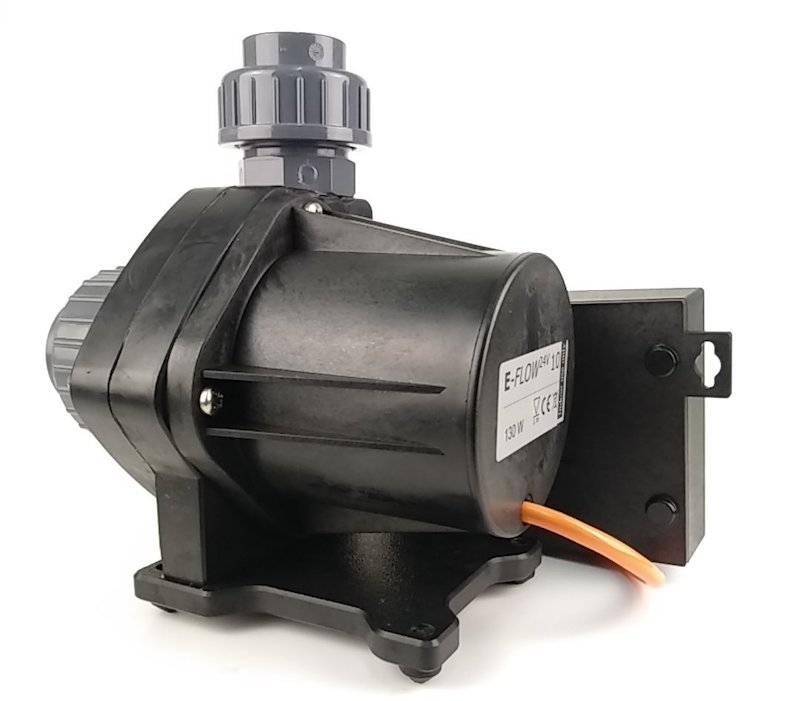 Since about the end of 2018 we’ve been using one of Deltec’s three models, the E-Flow 12 to distribute water to several reef aquariums & displays that are part of a greater reef system. Our impression with the Deltec E-Flow first started to take shape the first time we ever fired up this pump, which seemed to be delivering an outsize water volume for the selected power rating. 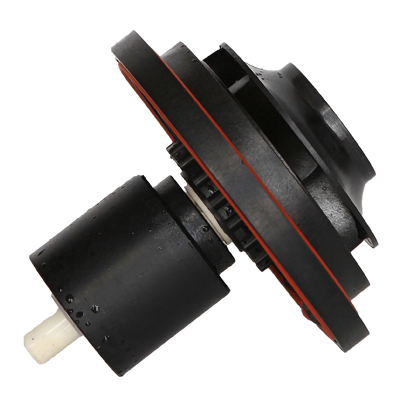 With a maximum power of 130 watts and up to 2,500 gallons per hour, we have a lot of headroom remaining to add even more tanks using this pump. But as efficient as this pump has performed for our application, the silent operation and durability is an added bonus of using the Deltec E-Flow for critical aquarium displays and installations.

We can’t explain specificall how the Deltec runs soo quietly, but certainly the very large impeller is at the heart of this pump’s strengths. In our first ever cleanup of the Deltec E-Flow, after moving what we estimate to be somewhere around 500,000 gallons over a year this pump had almost no calcification around any part of its impeller.

No doubt a very efficient cooling loop within the rotor and stator assembly, and not running at maximum power helped to prevent the buildup which cripples many other pumps driving reef tanks. The one thing you won’t find in the Deltec E-Flow is any kind of fancy controller, and simplified controls only permits power adjustments in 5 watt increments, but a 0-10v input allows external controllers to make it do more.

At the end of the day, our first hand experience using the Deltec E-Flow with real world plumbing and an actual day-to-day application has completely endeared us to this powerful water mover. We have one more tank to add in line with our current row of reef tanks and with 90 more watts of power to spare, we are very glad that the E-Flow looks primed to be the pump for this system for a long time to come. [Deltec USA]