Misbarred Chaetodon octofasciatus is a Whole New Level of Weird

The eightbanded butterflyfish is a species that isn’t exactly ‘celebrated’ in the aquarium hobby, but this specimen is sure to turn some heads of the exotic fish collectors. Big shoutout to Indonesian aquarist Ihsan Aditya for bringing this fish to our attention and providing these exquisite images. 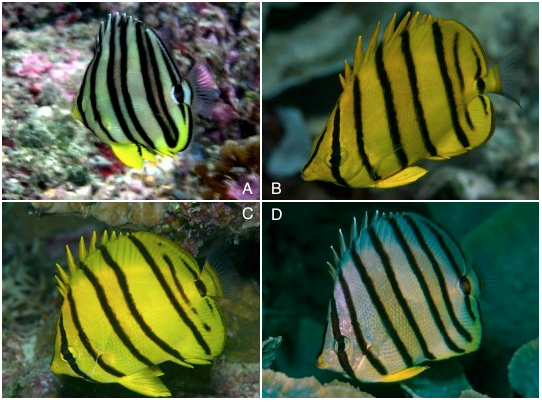 Normally Chaetodon octofasciatus occurs in two color forms, a pale cream colored version found on typical clearwater reefs and a yellow version that is more typical of inshore habitats with green water. We have actually covered an aberrant yellow form of the eightbanded butterflyfish that had an attractive swirly barring but this new individual is on a whole other level. 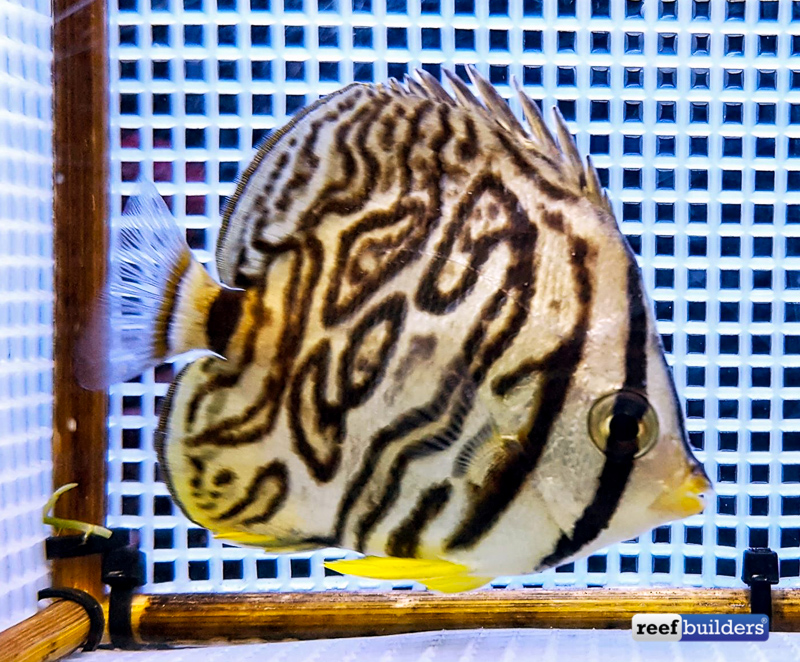 This pale color form of the eightbanded butterflyfish has bars so extremely misshapen that they have come around to form erratic circles on both sides of the body. A few of the larger circles even seem to enclosing smaller concentric circles within it – basically only one, the eye stripe, is the only normally expressed of the eight bars this fish is supposed to have.

This very unique specimen of Chaetodon octofasciatus is so radically patterned that it barely resembles the normal fish, but there doesn’t appear to be any hybrid infusion to cause this extreme aberration. Oddly enough, this fish reminds us of a similarly out-there aberrant reef fish, the Snow Leopard multibar angelfish which itself typically has a pattern of dark vertical bars or stripes, but belongs to an entirely different family of reef fish.

Part of the reason for the tepid enthusiasm for the eightbanded butterflyfish in the aquarium hobby is due to its finicky feeding requirements, which leans heavily towards the live coral polyps, tubeworms, and other juicy morsels that are hard to simulate with prepared aquarium foods. We wish Ihsan Aditya all the best in conditioning this very special specimen of highly misbarred Chaetodon octofasciatus so hopefully we can report back on it in the future. 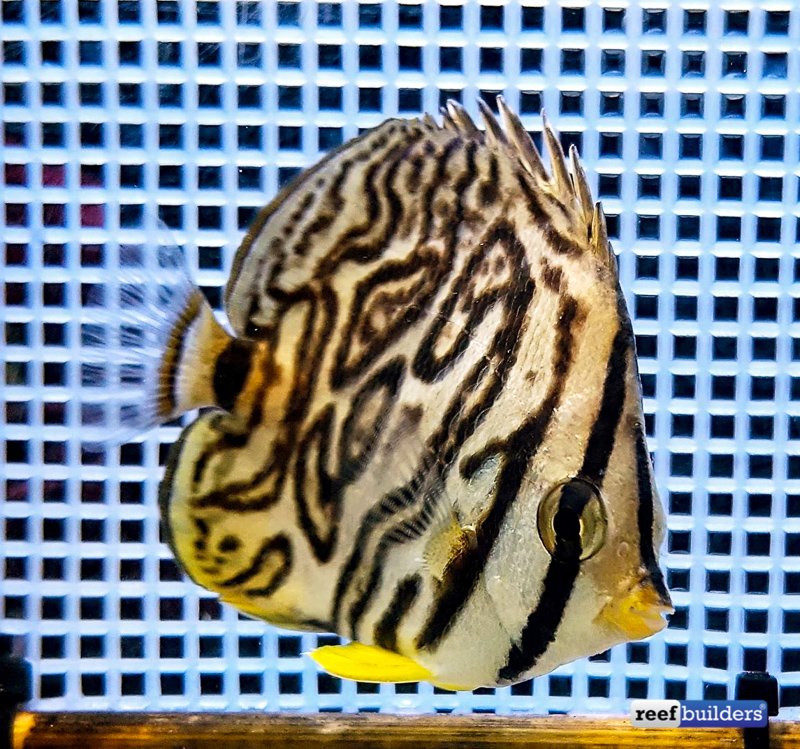 Leviathan is the DIY Controller of 2020