Cirrhilabrus briangreenei, an Old Aquarium Fish is a New Species of Fairy Wrasse

The similarly shaped body and unmistakeable long pelvic fins of Cirrhilabrus briangreenei  have caused aquarists to believe that these Philippine specimens were just a variant of Cirrhilabrus pylei. However the bold black spot in the center of the dorsal fin and sark edged tail, plus some other color differences are more than enough to separate the two. 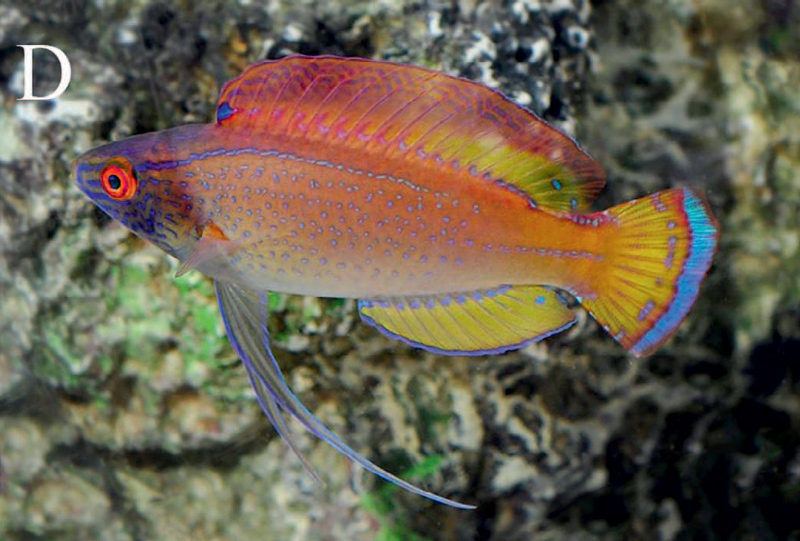 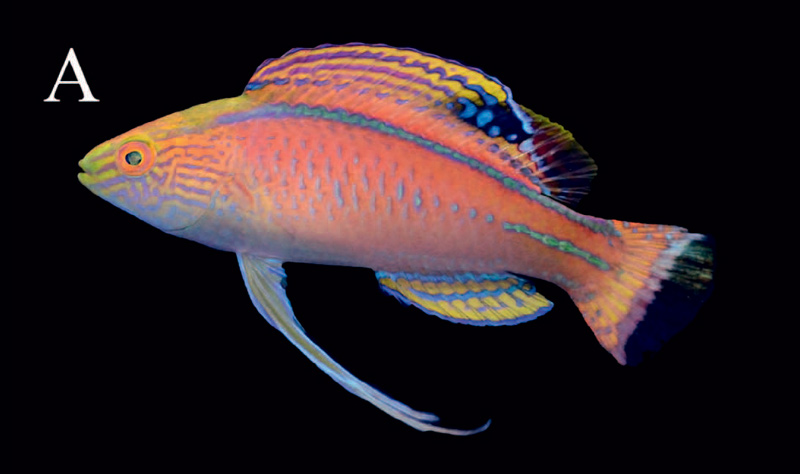 Although Cirrhilabrus briangreenei is sporadically available in the aquarium hobby and therefore must be found at depths accessible to collectors, the first professionally documented encounters with the Latigo Fairy wrasse were between 82 and 110 meters (around 270 to 360 feet). Even if immature specimens of the two long pelvic-finned fairy wrasse could look similar, they have very different distributions with C. pylei being known from the South Pacific, most commonly from Vanuatu while C. briangreenei being so far known only from the Philippines.

The very fun video below shows the collection of the type specimens of the Latigo Fairy wrasse by Brian Greene himself at the Verder Island Passage, Philippines. Cirrhilabrus briangreenei  is described by Tea YiKai, Richard Pyle, & Luiz Rocha.

Giant Clams in the Aquarium, a New Book by James Fatheree