Prof Terry Hughes, director of the Centre of Excellence for Coral Reef Studies at James Cook University, surveyed 1,036 reefs from a plane over nine days in late March 2020. The marine park authority also had an observer on the flights.

Hughes has released maps showing severe levels of bleaching occurred in 2020 in all three sections of the reef – northern, central and southern – the first time this has happened since mass bleaching was first seen in 1998. 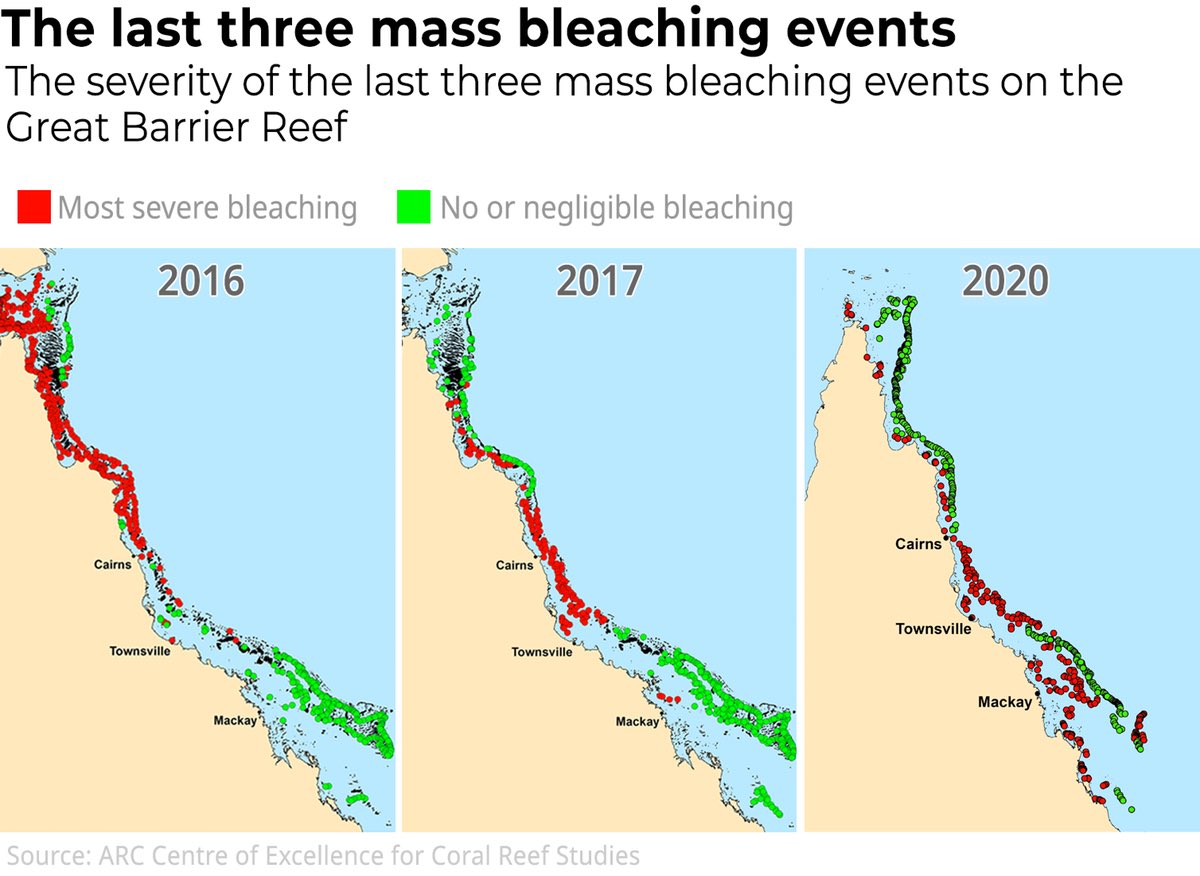 Hughes said there probably would not be the same level of coral death in the north and central regions in 2020 as in previous years, but this was partly because previous bleaching outbreaks had killed off the less heat-tolerant species.

We asked Nic Dos Santos Managing Director of Ultra Coral Australia his perspective of this year’s bleaching event. Nic has over 25 years of experience diving most areas of the Great Barrier Reef, spending up to 260 days a year diving.

“This is the most severe deepwater bleaching I’ve ever seen, it is sad to see with your own eyes,” he said.

this one from double island off mackay is really bad, a large porites coral which is dead from this bleaching event with only one very small part left alive, truly sad

“This is the third bleaching event but I think the worse we have had! The southern section of the GBR was not spared by cloud cover from cyclones like the last one, which was meant to bleach the whole GBR, this event I have seen all corals in deep water severely bleached.”

Nic mentioned inshore reefs, where they collect Homophyllia, Euphyllia, Catalaphyllia, and other out of this world LPS corals, have been spared the worst of it.

“The water temps are now at 28C (82 F) and corals will now go into recovery mode, we have had a lot of rain and bad weather so the dirty water run off will provide a good food source for their recovery.”

But Nic said it wasn’t all bad news. He shared this video of an iconic Acro Habitat. “I don’t want to depress you all!! there is a few reefs that have not been fully effected, this is a reef along way off shore, i was worried it was going to be effected but the water has cooled due to the much needed rain.”

i don't want to depress you all!! there is a few reefs that have not been fully effected , this is a reef along way off shore, i was worried it was going to be effected but the water has cooled due to the much needed rain