Octocorals are some of my favorite corals to photograph in the wild. Big fluffy octocoral colonies are especially plentiful around the islands of North Sulawesi, and it seems I have a bumper crop of wild octocoral photos living in my lightroom catalog. Rather than keep them all to myself here’s a peek at some of my favorites.

Like stony corals, octocorals are colonial organisms, with numerous tiny polyps. However, each octocoral polyp has only eight tentacles whereas stony corals polyps have tentacles in multiples of six. Each of the octocoral tentacles is feather-like in shape, with numerous side branches, or pinnules. This makes them especially photogenic macro photography subjects. 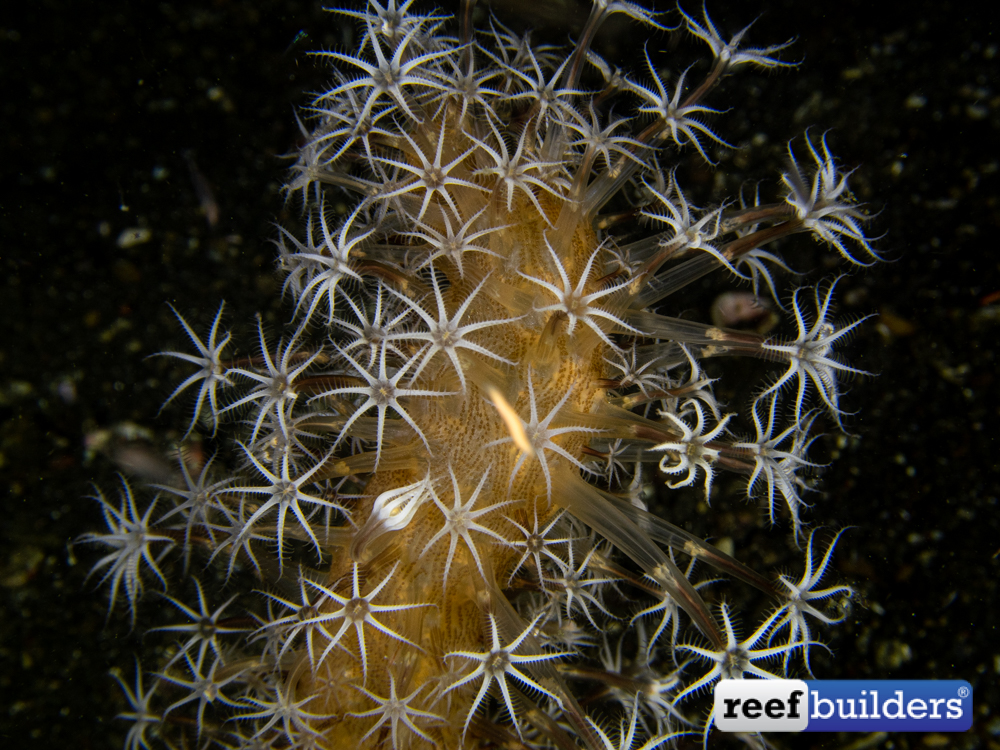 In the center of the octocoral polyp is a mouth that can be used to bring water into the colony to inflate their soft bodies. The same polyp is used to catch plankton and feed on nutrients in the water column.

The dive sites around Bangka Island, where many of these images where captured, experience swift tidal currents throughout the day. Flexible gorgonian sea fans and sea rods thrive in these environments, clinging to the side of the rocky islands. The sea fans orient themselves across the current to maximize water to the gorgonian to capture food in the flow.

Reefers have had some successes keeping smaller gorgonians, and soft coral tanks, but nothing on the scale of these wild colonies. One reason we don’t find large gorgonians in aquariums is because of this particular habitat requirement, strong current and fine nutrient particles.

This is a difficult habitat to create on large scale in aquaria, but also one of the reasons we find them so beautiful to photograph in the wild. To find and photograph a truly large fluffy octocoral is no easy feat. Often when they are their most lush the current is rrrrripping. 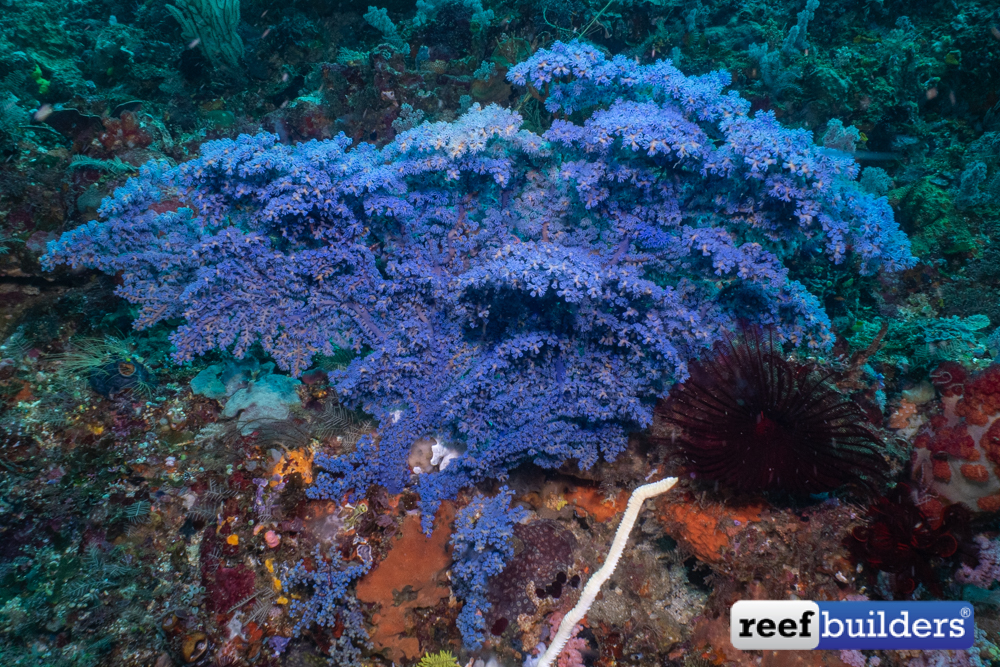 We found this large blueberry sea fan on the corner point of a dive site in Bangka Island, around 90 feet 25m deep. The sea fan was sitting right on the apex of a stone, we had to duck below the stone kicking our way feverishly towards the coral.

This is hands down the nicest blueberry sea fan we’ve ever seen and must have been over 3 feet wide and high.

The size, shape, and appearance of gorgonians can be correlated with their habitat. The more fan-shaped and flexible gorgonians tend to populate shallower areas with strong currents, while the taller, thinner, and stiffer gorgonians can be found in deeper, calmer waters.

Some gorgonians have photosynthetic zooxanthellae, however, these types of octocorals typically have brownish polyps.

Here are some of my favorite Octocoral photos from North Sulawesi 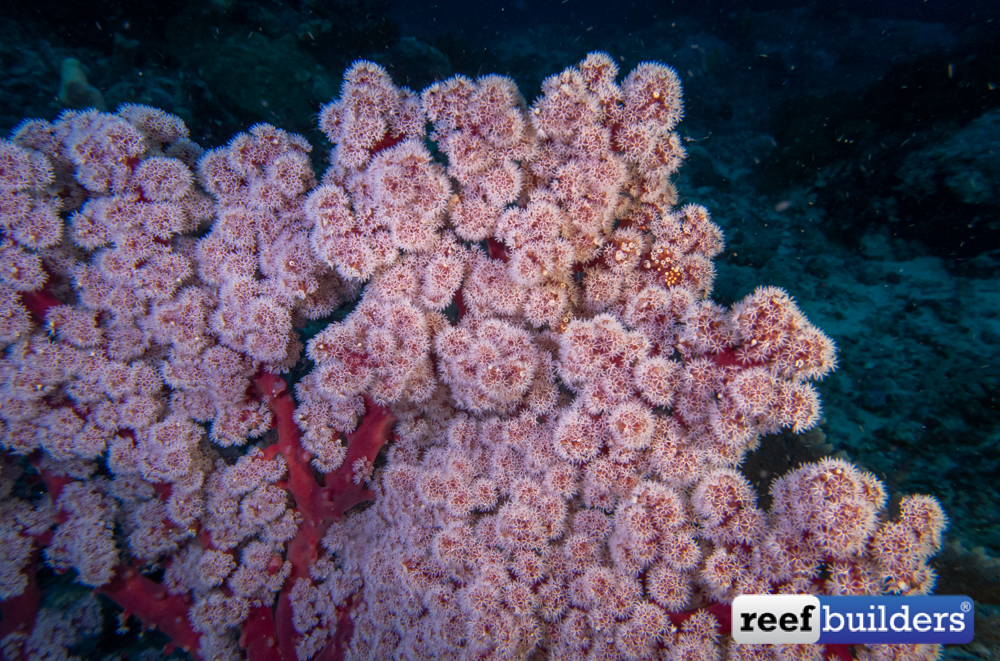 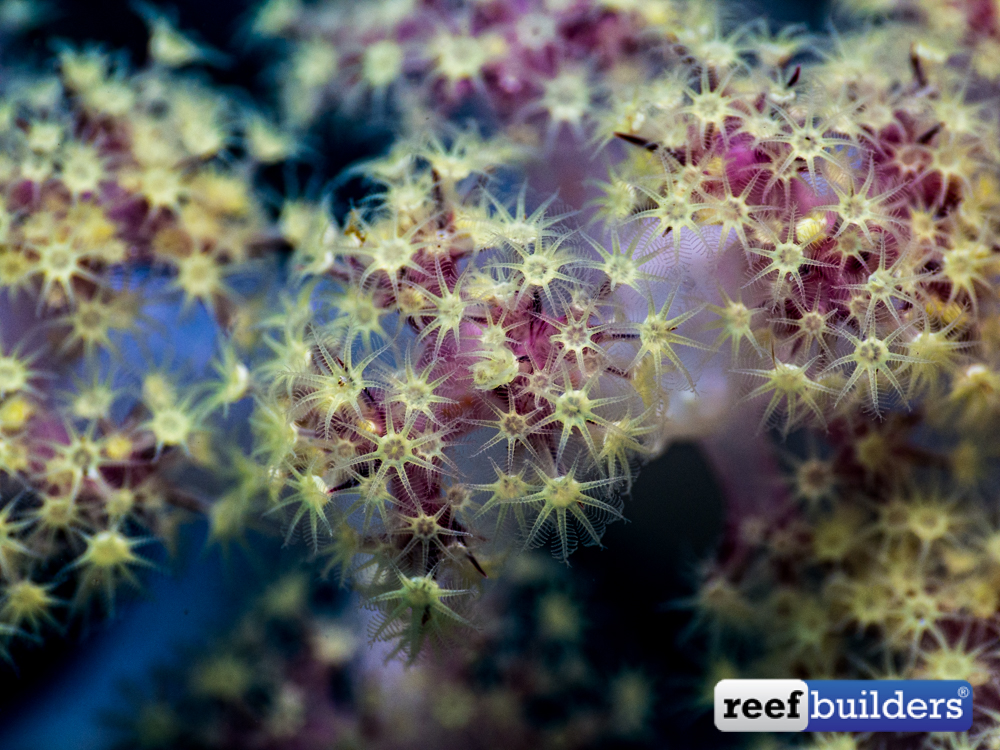 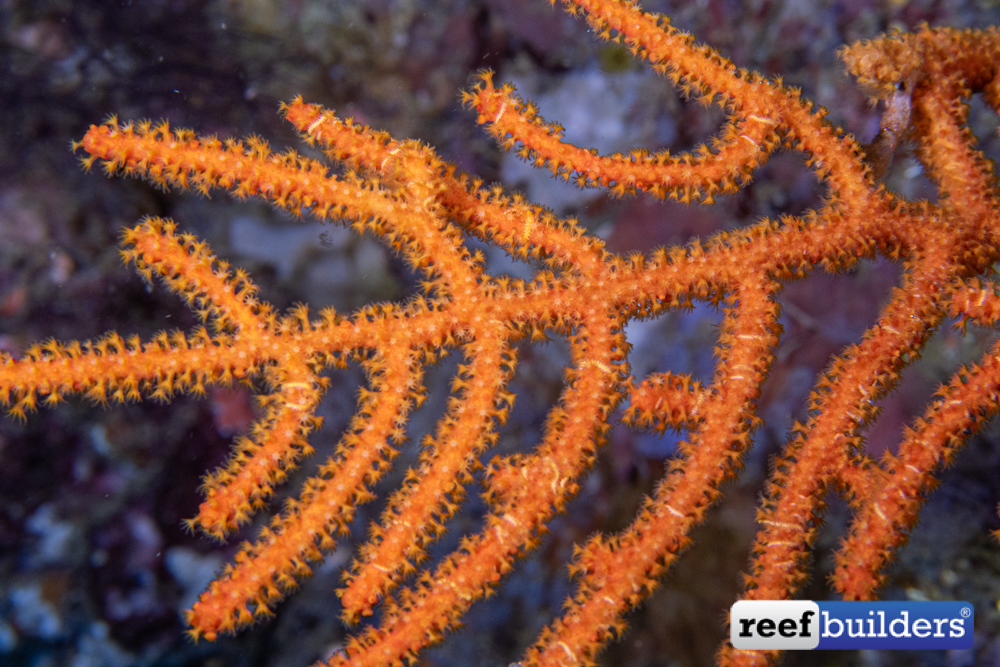 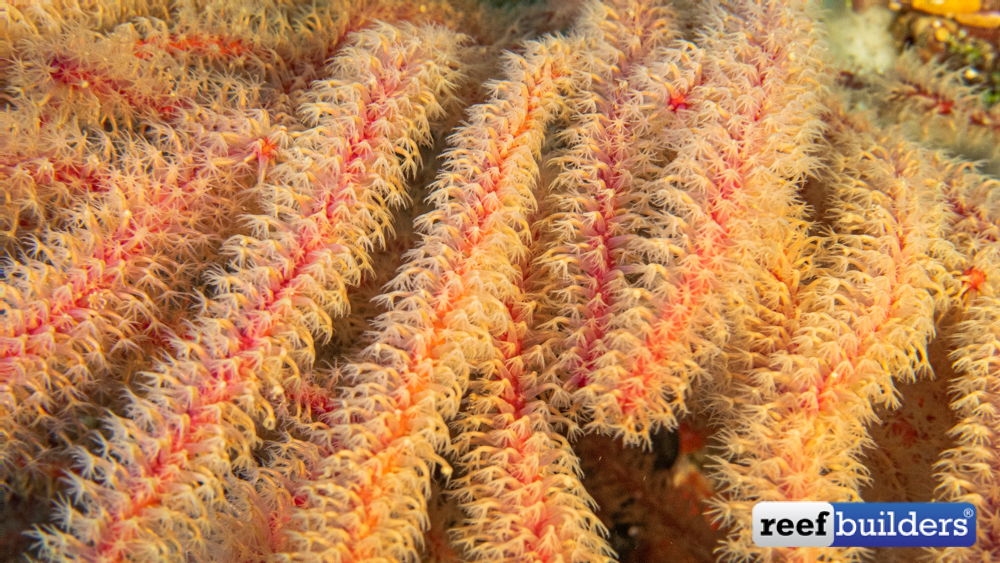 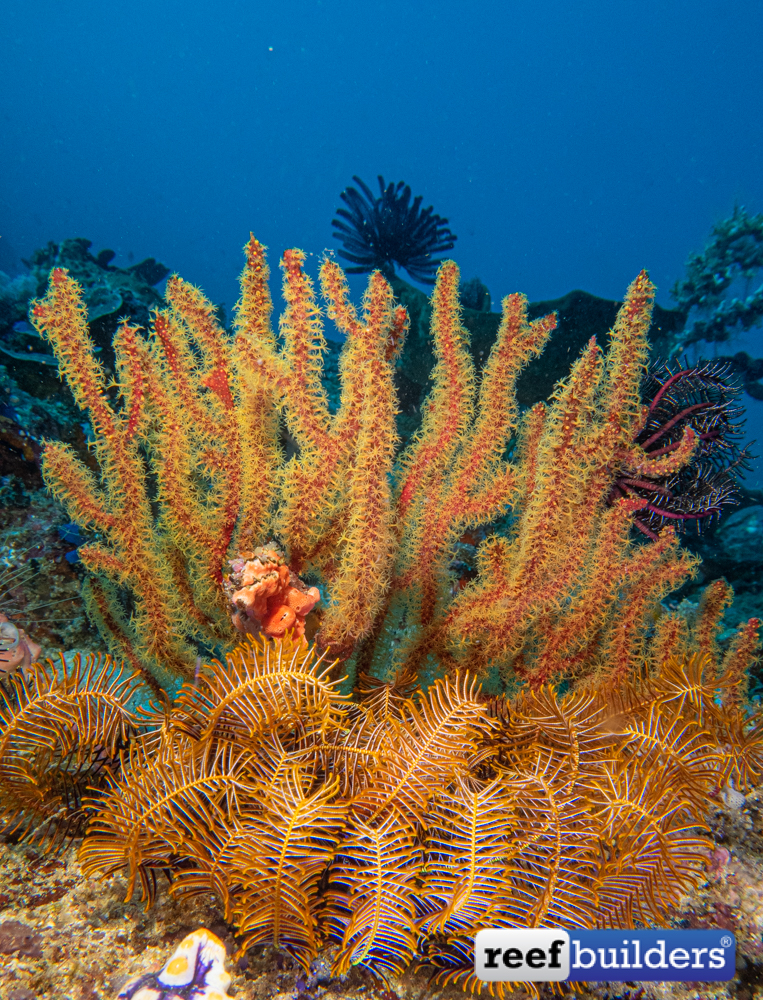 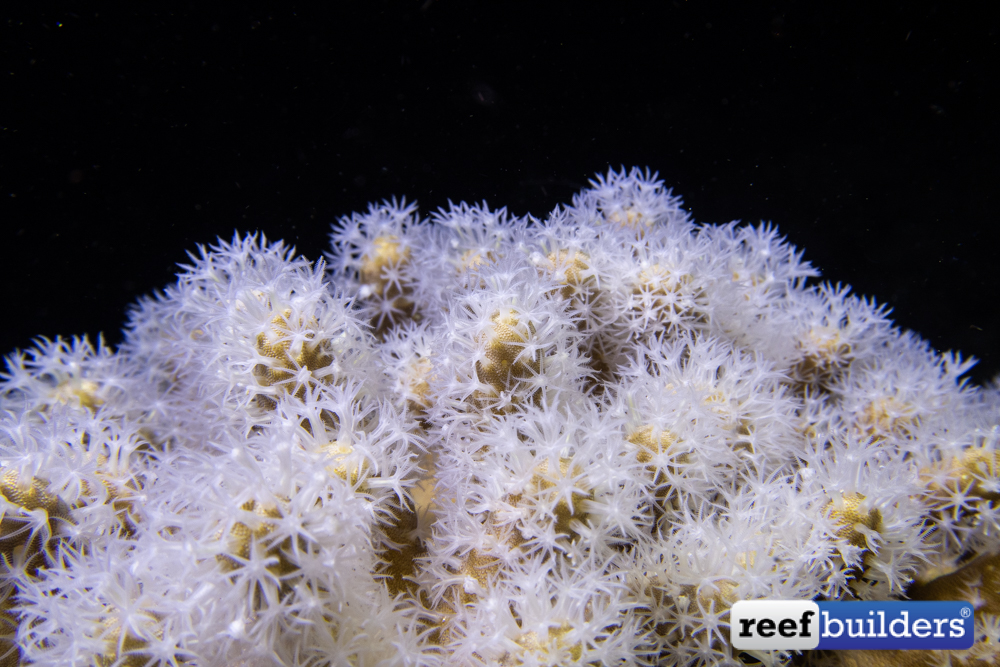 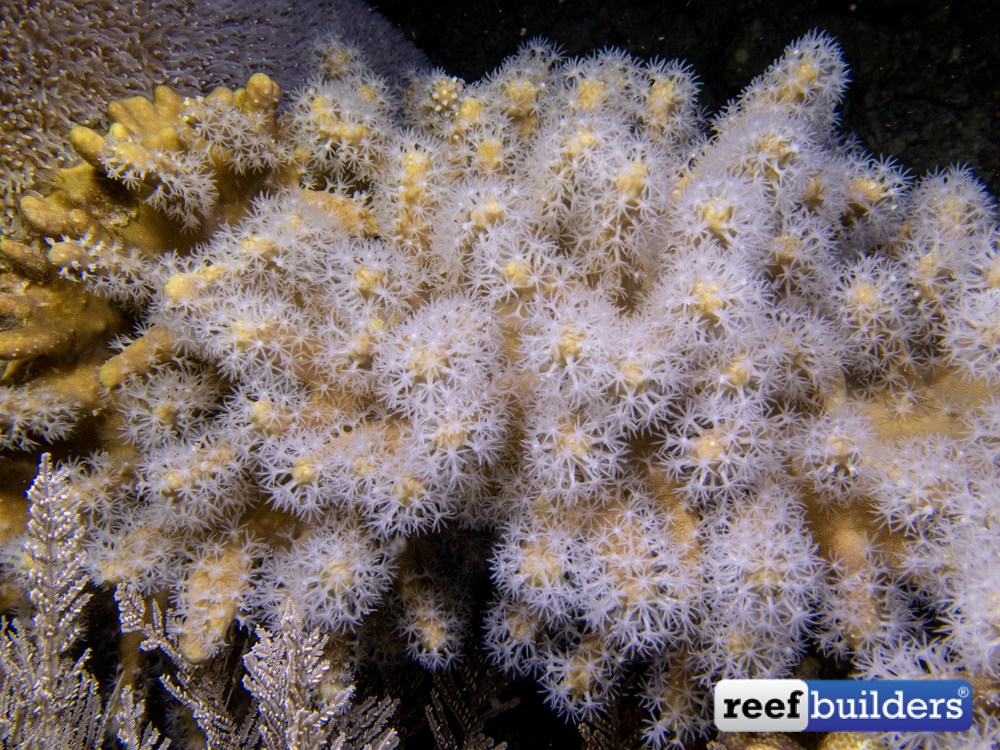 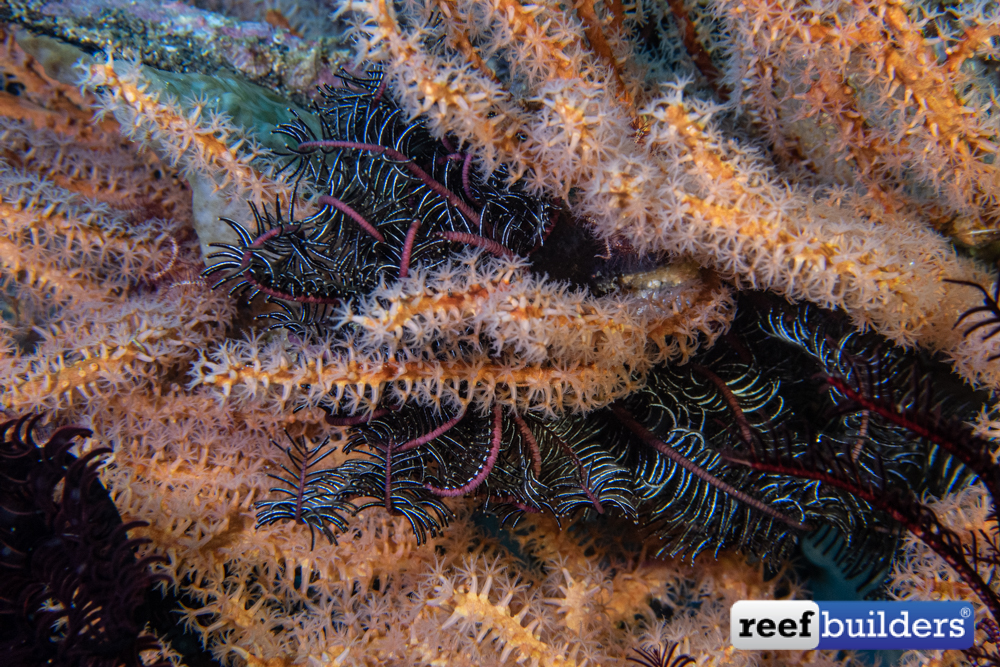