Morse Code Flame Angelfish Beauty from Among The Reef

It’s been a good long while since we’ve seen a nice, novel aberrant pygmy angelfish specimen but the new Morse Code flame angelfish is just the fish we needed to break the drought. This lovely Centropyge loricula came from the heart of C. loricula country in the Marshall Islands and it’s only a little bit of missing black color that makes this fish stand out. 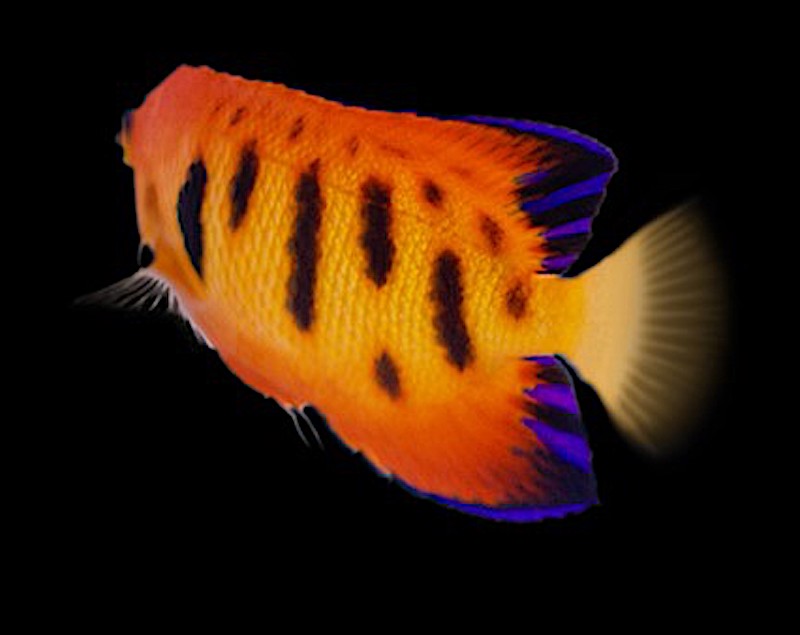 There is plenty of natural variation in wild flame angelfish but usually this ranges from the bars being much darker and wider, to them being much smaller and thinner, or almost nonexistent like in Marquesan specimens. But what makes the Morse Code Flame angelfish so interesting is that it completely circumvents what we normally see in this fish.

On one side of the Morse Code Flame angel the bars are not full length, almost interrupted with one smaller spot where a bar should be, and it’s a similar story on the other side with half-length bars and unusual spots across the dorsal side of the body. We can’t even hazard a guess as to any particular cause of this angelfish’s unique pattern, probably just natural variation, but seeing as we’ve collectively seen tens of thousands of flame angelfish, this is a really memorable specimen that anyone would be lucky to enjoy in their own tank.

MaxSpect Coral Tweezers is an Aquarium Instrument made of Carbon Fiber